Ease Of Doing Business: Dismissing Six Years Of Work In India Because Some Countries Manipulated Their Data Is A Bad Idea 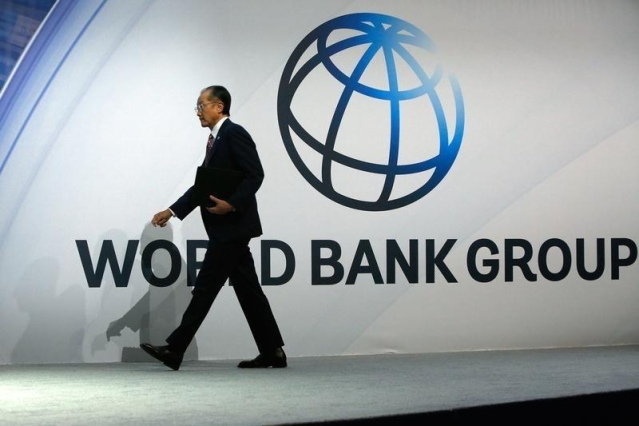 The World Bank recently announced that it is pulling out its annual report on national competitiveness rankings amid concerns that the data was manipulated by those involved in the preparation of the report at the behest of some countries.

The official statement of the World Bank available on their website said:

Although no specific details of the irregularities were given out by the World Bank in the statement, a report in The Wall Street Journal (WSJ) suggested that data about China, Azerbaijan, the United Arab Emirates and Saudi Arabia ‘appeared to have been inappropriately altered’.

Apparently, it was due to the data pertaining to these four countries, which forced World Bank to pause their annual ranking pending investigations.

The World Bank has asked its independent audit function to look at the last five Doing Business reports to ascertain any issues with the data.

Once the investigation is complete, the data pertaining to the impacted countries will be retrospectively changed if warranted.

Although the World Bank did not link pausing of the report to India in any way, a section of compulsive contrarians and professional pessimists immediately questioned India’s improvement in these rankings in the last few years.

India’s ranking had improved on the back of improvements in several areas taken up by the Narendra Modi government since 2014.

In fact, the Prime Minister had actually stated India’s intent to break into the top 50 ranks to position the country as a preferred destination for foreign investors.

The World Bank assesses 190 countries in 10 different areas to determine the relative ranking.

Irrespective of whatever transpired with the four countries named by the WSJ, India has shown constant improvements in six of the 10 areas covered by the World Bank.

India has halved the number of days taken for new electricity connections from 105 in 2014, cutting down the number of procedures from seven to five.

In fact, India has been arguing that most recently, there are only three procedures which take 15 days to get an electricity connection, but the World Bank has not factored this in.

Much of this improvement happened as India brought the construction permit process online, convincing the World Bank that ‘deemed approval’ clause was functional in case the approval process crossed a certain number of days.

In fact, India had regressed a bit at first in this area, but improvement of infrastructure, port connectivity, provisions of easier port access and improvements in customs processes and digitization led to the improvement in the rank.

This improvement was intuitive after the Modi government legislated the Insolvency and Bankruptcy Code (2016).

Even the critics of the government have recognised this legislation as one of the most important economic reforms undertaken by the government.

The progress made in resolving bankruptcies is there to be seen, with the National Company Law Tribunals working full steam to clean up the burden of historical non-performing assets.

On the parameters of getting credit (36 to 25) and protecting minority shareholders (7 to 13), India was already in the top league of the countries.

There are four areas where India is yet to register a significant improvement. In these four areas, India ranked above 100 in the last report, although there has been improvement in three of the four areas, with regression observed on one parameter.

However, there is a long way to go on this parameter, which needs significant judicial reforms and further improvement in the speed at which the judicial process works.

This also needs reduction of discretion on part of government officials.

Although the Centre as well as many states have worked towards easy opening of new firms, the complexity of industrial and labour laws means that the untangling of procedural bottlenecks will take more time and effort.

In fact, a lot of changes in this space have happened only in the last couple of years, but they don’t yet reflect in the World Bank methodology.

Some of the recent marquee reforms like faceless assessments, honouring honest taxpayers, institutionalising a taxpayer charter and reduced litigation, promoting out-of-court settlements for historic tax disputes are yet to reflect in these rankings.

This is an area of concern as property rights are fundamental to the conduct of any business activity.

The government has taken some proactive measures to ensure that there is a true bottom-up effort to improve the ease of doing business.

India is one of the few countries with a sub-national ranking model similar to what is used by the World Bank, which promotes competition amongst states to improve on the same parameters which are subject to this international evaluation.

The World Bank uses not just the government inputs in the ranking but also inputs from the private sector, which shares its experience on all aspects of conducting business.

Taking into account all inputs, the World Bank agreed to include 29 out of the 72 reforms proposed (40 per cent) by India in the Doing Business 2020 report.

In that sense, the methodology has built-in cross checks which were very much applied to India.

The outcome of World Bank’s review of the Doing Business report is unknown just like the actual issues.

But a section of the Indian media and opposition suggesting that India has demonstrated no improvements in various areas of the rankings is plain intellectual dishonesty.

If anything, there are legitimate questions to raise in several areas and prod the government to act further, for even higher rankings.

Dismissing six years of focussed work, which yielded net positive results, because a few countries allegedly influenced World Bank, is yet another example of an already discredited playbook — tarnish India because there are disagreements with the government of the day.

Just like on previous occasions, the brow-beating comes across as artificial, over-the-top and destined to fail.