Economic Pessimism Is Going Too Far; Investors Need To Sit Tight, Not Panic On Sensex Tumble 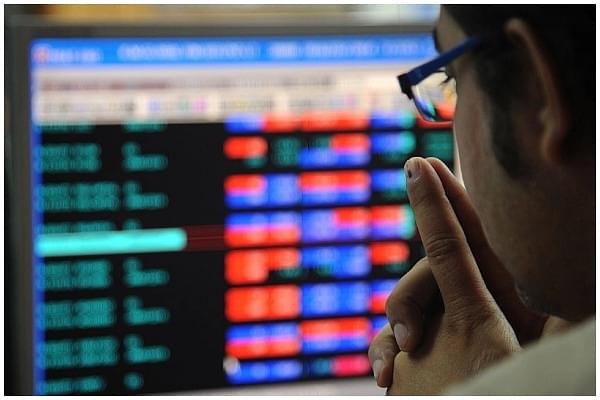 An investor looking at a screen displaying stocks.

There is an old saying in the stock market: be greedy when others are fearful, and be fearful when others are greedy. If today there is a widespread sense of doom and gloom surrounding the Indian economy (gross domestic product or GDP slowdown, many sectors in crisis, exports going nowhere, rupee and stocks weakening), a simple bit of contrarian thinking will tell us that this is not the time to be fearful.

Yesterday (3 August), the Bombay Stock Exchange Sensex tumbled 770 points and the NSE Nifty 225 points, sending shockwaves among investors. The rupee too weakened to Rs 72.39 to the US dollar, making everyone fearful about how much more bad news is to come.

The bad news may not be over; the market may have further to fall; the rupee may not yet have found its bottom. But this is the time to think differently from the Cassandras.

First, the government is running scared, and all the talk of slowdown and sectoral crises have forced it to focus on the economy and steps to revive it. This means most policy steps will be growth-enhancing, and not growth depleting in future.

Second, a chastened Monetary Policy Committee, which got all its inflation and rate calls wrong for nearly three years, is reversing course. Not only have rates been cut, but rate transmission – which is what ultimately benefits borrowers – is happening, both due to pressure from government and due to the rapid recapitalisation of banks and deposit rate cuts. Government itself can now borrow cheaper, as 10-year sovereign bonds are now quoting at around 6.5 per cent. The stage has been set where cost of capital will no longer be a constraint on investment.

Once more assets – from national highways to gas and pipeline grids – are thrown open for foreign investment, the current outflows of capital will be reversed. As Prem Watsa, of Fairfax Financial Holdings, told The Economic Times in a recent interview, India is the logical place for large foreign capital flows, given its larger growth story.

Watsa said: “I think money is going to come here as it should. India’s contribution to world GDP is about 3 percent whereas it accounts for only 1 percent of foreign investment money. If you assume that it goes from 1 percent to just 2 percent what’s the impact? It’s $3 trillion. So, that’s the potential. I see money coming into India left, right and centre.”

The question is not whether, but when, these inflows will become a torrent, and both the rupee and the stock markets start regaining their strengths.

Fourth, there has been much breast-beating about goods and services tax (GST) revenues being below expectations. Also, its far-from-perfect implementation. But the weak revenue growth is the result of the slowdown and imperfect design is not necessarily aggravating it.

In April-August period this year, GST collections are up 6.5 per cent at Rs 5.1 lakh crore (Rs 4.8 lakh crore in the corresponding period last year), and monthly averages are crossing the Rs 1 lakh crore mark. The 6.5 per cent GST revenue growth can be taken as proxy for growth in the formal economy – which is nothing to be sniffed at. If GST can be fixed quickly, investors will no longer sit on their hands waiting to see how much more it will be simplified, or rates cut.

Optimism and pessimism can both be overdone. While it is true that the short-term economic picture does not look too good, but this situation will not continue indefinitely.

Those who sit tight and do not sell shares of mutual funds in a panic will benefit over a medium term frame. This is the time to get into systematic investment plans, not wind them up. The slowdown is not forever.