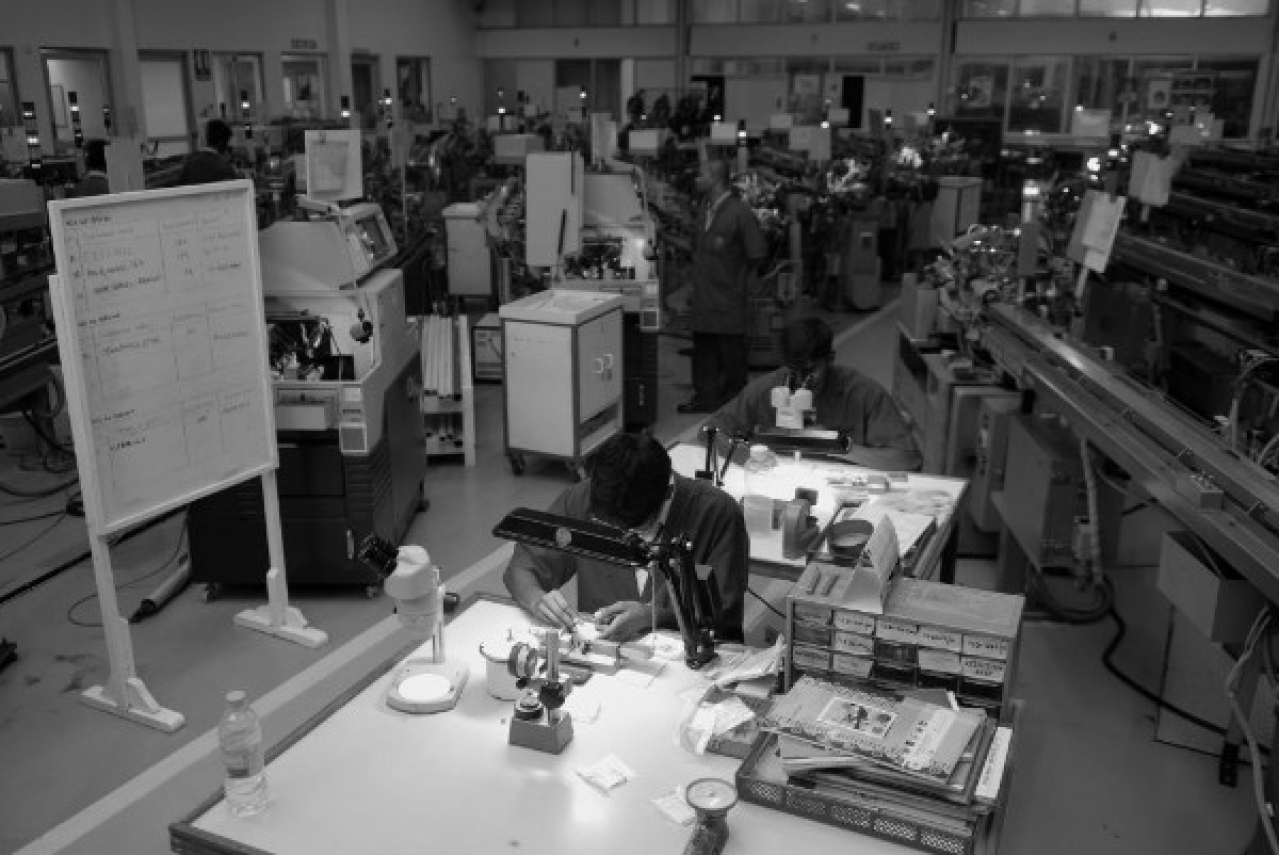 Inside and outside view of Titan watch Factory in Hosur. (Hemant Mishra/Mint via Getty Images)

The GDP numbers for the last quarter of FY 2017-18 were released yesterday, and the estimated growth rate for the period has been given as 7.7 per cent. This number puts India back at the top of the list of the fastest-growing large economies. But what else is the data suggesting?

1. There is focus on public infrastructure and it is showing in the numbers

These numbers suggest that it is the emphasis on creating public infrastructure by the Union government that is driving up the construction sector. According to Union Minister for Road Transport and Highways, Nitin Gadkari, the government has spent Rs 68,000 crore on land acquisition alone. As of today, his ministry is overseeing construction of 28 kms of roads every day. This number is especially commendable given that following UPA’s land acquisition law, land acquisition costs came up to 35 per cent of the total cost of projects.

Growth in agriculture for the last quarter of 2017-18 was 4.5 per cent. At a minimum, this implies that the supply side response from agriculture to higher inflation is coming through.

The cumulative rate of growth for agriculture for FY 2017-18, however, could not breach the 4 per cent mark and ended up at 3.4 per cent.

3. GST seems to be settling down

By the government data, ‘at the sectoral level, the growth rate of Gross Value Added at constant (2011-12) prices in Q4 of 2017-18 for industry and services sectors are estimated at 8.8 per cent, and 7.7 per cent, respectively’. Such a growth in manufacturing and services is more balanced, indicating that the GST is settling down and is no longer creating dispersion in different sectors. So the growth momentum is more broad based and will likely continue to propel activity higher in next quarter too.

4. Exports are the drag

The drags are largely in the exports sector, while financial services also came in weak. Although, this too could be a reflection of a high base from last year. The government, however, needs to move urgently to get banks to buy bonds again and settle down the bond market.

A growth rate of 7.7 per cent is the highest that the Indian economy has clocked since the introduction of the GST and it looks all set to rise above 8 per cent. The fiscal policy consolidation, low inflation, structural reforms like the Insolvency and Bankruptcy Code and GST, formalisation of economy via demonetisation and digitalisation, and creation of state capacity and smart welfare can be identified as the five characteristics of Prime Minister Narendra Modi’s approach towards economic growth. All five of them entailed short term pain. If the recent data holds for this and the next year too, then perhaps the period of pain could be coming to a close, and we know what lies beyond.

(With inputs from Harsh Gupta and Bodhisatvaa)