Gilt Edged Schemes, But Will Investors Take The Bait? 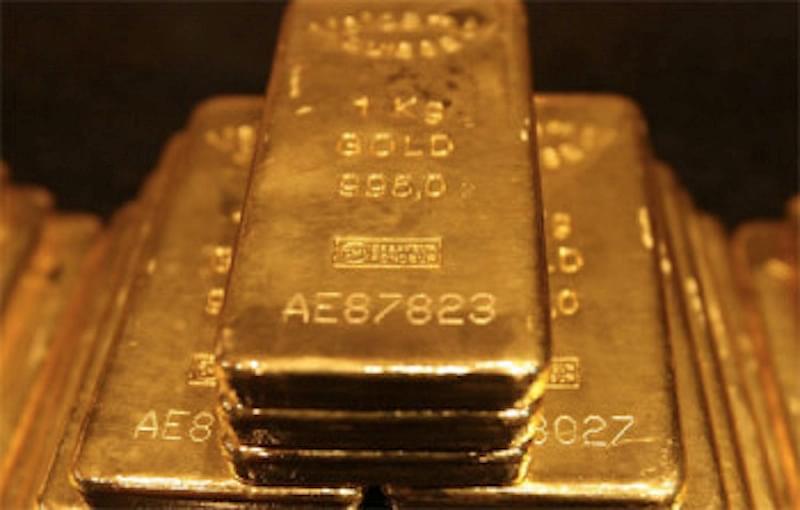 The Modi government wants to lower the import of gold to India. How far will its measures succeed?

The National Democratic Alliance government cannot be faulted for not trying. However, it is difficult to pre-judge if the twin schemes – the gold monetisation scheme and sovereign gold bonds scheme – to lower import of gold and thus ease pressure on current account deficit (CAD) announced on 9 September 2015 will yield the desired results.

India imports about 800-1,000 tonnes of gold annually. Of this about 300 tonnes are used for investment purpose, and are, therefore, held as bars and coins by households and institutions. Imports of gold through official channels have jumped since customs duty on the metal was lowered last year. For instance, in the four months of the current fiscal (April-July), India had imported gold worth $10.5 billion, up 18 per cent over the same period of the last fiscal.

The Gold Monetisation Scheme endeavours to bring gold put away in lockers and safes into more productive use and greater recycling while the Sovereign Gold Bonds Scheme hopes to become an alternate financial saving instrument to physical investment in the yellow metal, particularly bars and coins.

To make both schemes attractive to households and institutions, the government has proposed to denominate both the sovereign bonds as well as savings account under the monetization scheme in gold. While that may give an investor a feeling of holding gold-like savings instruments, volatility in gold prices could play a potential spoiler. This is because investors will be required to bear the risk of the volatility in gold prices at the time of redemption of the bond and the savings account, according to press releases issued by the government. However, if gold prices rise, investors will benefit.

Investors can seek to get gold in physical form only if they opt for short-term deposits (one to three years) under the gold monetisation scheme. There too, they need to exercise the option of receiving the redemption value as physical gold at the time of making deposit. If an investor had initially opted to receive cash on maturity of the short-term deposit and later decides that she wants it as gold, the bank can use its discretion to decide on her request.

Redemption of medium (five to seven years) and long term (12-15 years) gold deposit schemes will be made only in cash, equivalent to the weight of the gold deposited and at prices prevailing at the time of redemption. So if the value of gold has fallen since the start of the deposit, the depositor may suffer some losses.

Likewise, in the case of the gold bond scheme, which is also denominated in gold, the redemption value at the end of six to seven years will be in rupees, at prices prevailing at that point of time. The investor could use a rollover option if gold prices are depressed and stay invested in the bond for another three years or more and hope gold price will rise.

However, in a prolonged bear phase, there is unlikely to be much of an upside.

Irrespective of how gold prices move, investors in both schemes will earn interest on their deposits – and thus convert what is essentially a dud investment into a productive investment even though the interest rates are not expected to be high.

The interest rate in the case of gold bonds will be decided by the government and calculated on the value of gold at the time of deposit. In the case of medium and long term gold deposit schemes, too, the government will decide the interest rate in consultation with the Reserve Bank of India but it will be denominated and paid in rupees. However, on the short term gold deposits, individual banks have the freedom to set the rates and denominate it in gold.

The government is hoping other benefits such as using gold bonds as collateral for borrowings as well as investor-friendly capital gains tax treatment will generate encouraging appetite for the gold bonds. The bonds can be transferred to a third person before maturity and the government has proposed amendments to the Income Tax Act to provide indexation benefits to long term capital gains that may arise on such transfers as also on maturity.  This is being done to bring gold bonds on par with transfer and sale of physical gold. Although capital gains tax is payable on sale of gold at a higher price, in practice, no one pays such tax when gold is traded in for another piece of jewellery or cash.

The biggest challenge to the success of the two plans is Indians’ desire to hold physical gold and emotional association with jewellery and other items passed down over the years.

Gold, as an asset class, is no longer in the bull phase and there is no knowing how much the price of the metal will fall or how long it may stay soft. The metal has already come over 40 per cent off from its September 2011 peak of $1,912 an ounce in the global market. Gold prices have fallen in India too, but not to the same extent.

Typically, when global economy is recovering or doing well, inflation risks are down and other risks to growth ease, gold prices tend to stay soft. Given that growth in many parts of the world is looking better and interest rates look set to rise in the US, gold prices may not rise much in the foreseeable future. In such situation, it needs to be seen how consumers and investors react to the two schemes, expected to be launched before Diwali.