GST Isn’t, And Never Was, The Problem; It Is The Economy And Lack Of Reforms 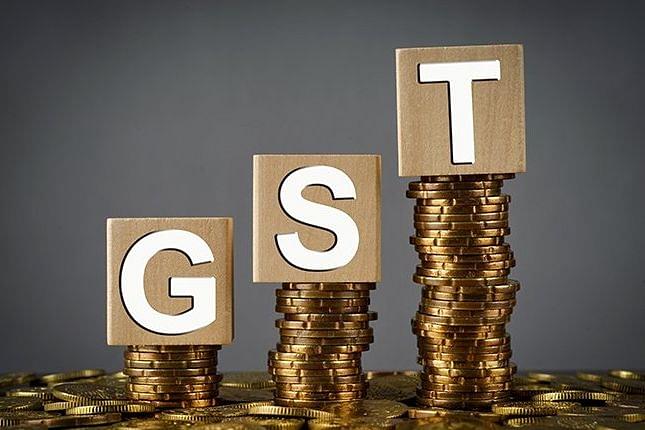 Goods and services tax needs a reformist regime surrounding it.

Now that the economic slowdown is undeniable, the government’s critics have latched on to the idea that demonetisation and the goods and services tax (GST) should be seen as the main culprits. Raghuram Rajan said it a few weeks ago at Brown University, the former chief economic advisor, Arvind Subramanian, said it some months ago after he demitted office, and an ex-finance minister, now in jail for alleged corruption, got his family to tweet on his behalf around mid-October: “Finally PM's Economic Advisor has admitted that a flawed GST (and its faulty implementation) was the main cause of the economic slowdown. He forgot demonetisation.”

Leaving aside the political taunts, it is time to fully debunk the myth that a “flawed” GST was in any way the cause of the slowdown. If this had been the case, there was no reason why 2017-18 saw robust growth, when GST-related disruptions should have been maximal. In fact, gross domestic product (GDP) growth showed a rising trajectory all the way from the quarter when GST began to be implemented until the quarter ending June 2018, before declining steadily since then.

This broad trend suggests that, if anything, the causality may run the other way: that far from GST slowing down the economy, it is the slowing economy that is hurting GST collections, which fell below the Rs 1 lakh crore mark in each of the last three months (August, September, October 2019).

Where the link between the slowdown and GST may be stronger is in services, where the scope for evasion was higher before the GST regime. If at all GST has impacted growth, it is in the services sector, where input tax credits can also offer low levels of setoffs unlike manufacturing. The simplest way to get growth up is to lower taxes on the services sector, and smoother compliance regulations. A related reason is the shift in the services compliance regime from excise to joint supervision by both the Centre and states.

Software glitches at the GST Network may also need fixing, but these can hardly be deemed to be particular to the introduction of GST. We have had software glitches in practically everything we implemented, from e-filing of income taxes to VAT payments to electronic payments to state and municipal taxes. Each one of them has improved over time. The Indian taxpayer is not deterred by software glitches alone.

The bigger myth, one that goes beyond the GST-slowdown linkage in terms of cause and effect, is that our GST is somehow seriously flawed. It is not my case at all that GST is perfect, but anyone who says it is seriously flawed without comparing it to what existed before it came into existence is being economical with the truth.

We can honestly say that GST is worse than the regimes that existed before only if we want to go back to the era of excise, services taxes, state value-added taxes, and a dozen other city and state taxes that were levied arbitrarily by various state entities on goods and services before 1 July 2017. When the same goods can be taxed by multiple authorities and subject to multiple tax jurisdictions, with what face can GST’s critics condemn the new regime where only one set of taxes is levied in a combined way, simplifying life for anyone not interested in tax avoidance?

We are quite simply using the Indian stonewall to progress by making the good the enemy of the ideal.

While GST will remain a work-in-progress for at least a couple of years more, which creates its own uncertainties as it is continuously tweaked and fine-tuned, the real reason why it is being attacked is seldom stated. As India’s first federal tax, something which neither states nor the Centre can arbitrarily change on their own, it is effectively the first tax in which crony influence has been minimised.

Earlier, when the Centre ran excise and service taxes, and states VAT, it would have been relatively easy for cronies close to the dispensations in Delhi or state capitals to tweak taxes to their advantage. Today, with the GST Council being the sole arbiter on tax rates and compliance requirements, it is difficult to conceive of a possibility where one businessman or one sector can influence multiple states and the Centre at the same time.

The existence of a truly federal tax is both a strength and a weakness. As both the Centre and states are tied together in this tax regime, neither can move very fast nor halt progress altogether. This is the main reason why improvements in GST are being made in incremental doses. The Centre can, without consulting any state, cut corporate taxes to the bone or enhance surcharges on the rich, and equally whimsically withdraw some of them, but you can’t do that with GST.

The weakness of the system also stems from the same reality: if a sector is hurting deeply, you can’t quickly come to its aid by drastically altering the GST structure, for not all states are equally impacted by how a particular sector is faring. This means, a sector badly in need of resuscitation will have to end up in the ICU before it gets even a saline injection from the GST Council to keep it alive.

Even where there may be consensus that something must be done, there is an omerta code among politicians that prevents them from suggesting truly revolutionary changes.

An example is real estate. It is getting no relief as politicians in rich states have fattened themselves from its bounties so far. The logical way to help the sector is not only to cut taxes, but expand land supplies and let property prices crash by 30-50 per cent in urban areas, where demand is strong but price-sensitive. But this solution appeals to no politician on the GST Council, nor to the banking system that is heavily invested in property lending. So, demand can be pepped up – and GST revenues increased from volume sales – only after prices correct through the efflux of time rather than discounts, which is the norm in normal products and services.

The short point is this: GST and its flaws will get corrected over time, but it is neither the cause nor the accelerator of the slowdown. It is the other way around. Lack of related reforms by the Centre and states in factor markets may be impacting GST more than vice-versa.

GST needs a reformist regime surrounding it. That is what we don’t have. Reforms work only when they are allowed to.