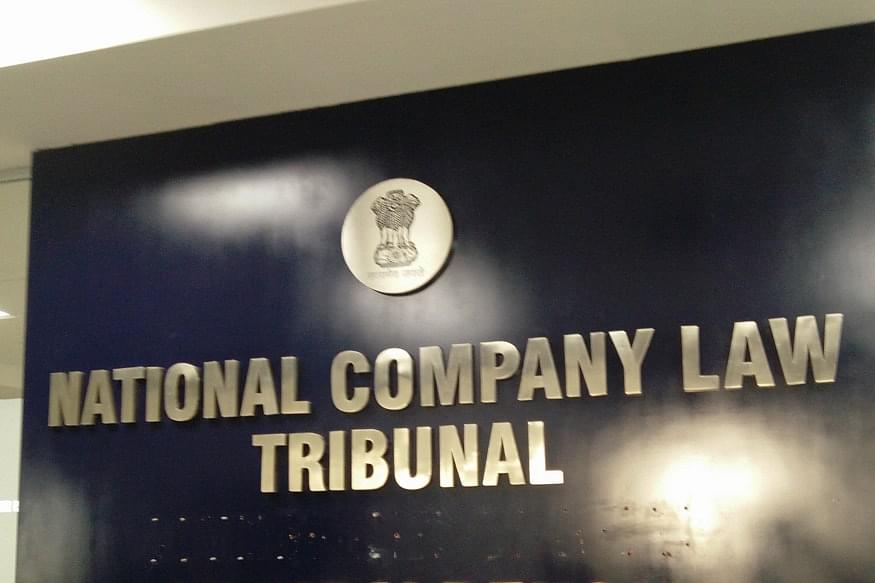 The Modi government has brought in a creditor-in-control system as opposed to the Congress’ debtor-in-possession scheme.

The saga of woes for banks in the form of non-performing assets (NPA) has been long and never ending. Many wilful defaulters, a good number of whom are well known corporate houses, have skilfully used the legal loopholes and avoided repayment of loans to the banks. Becoming sick, unviable and declaring insolvency has been a fancy way to default and the borrower-friendly insolvency legal framework compelled banks to accept whatever terms and conditions imposed upon them by the borrowers. The lenders have been at the receiving end of crony capitalists patronised by the Congress regime. Multiple laws in place have led to contradictory orders in respect of the same entity.

The insolvency of corporations was guided by diverse laws such as the Recovery of Debts due to Banks and Financial Institutions Act, 1993, the Companies Act, 1956, the Securitisation and Reconstruction of Financial Assets and Enforcement of Security Interest Act, 2002, and the Sick Industrial Companies (Special Provisions) Act, 1985, whereas individual bankruptcy was covered by the Provincial Insolvency Act, 1920 and by the Presidency Towns Insolvency Act, 1909. The process of recovery, debt restructuring and liquidation remained extremely susceptible to dilatory tactics. Debt restructuring and liquidation process took almost five years.

The Sick Industrial Companies Act prohibited claims against sick companies. Many corporate debtors misused this provision to avoid recovery proceedings indefinitely. The spirit and main object of this act to revive sick companies was never realised. Outdated banking mechanisms, ever-changing government stances and feeble steps by the Reserve Bank of India (RBI) have failed to break this vicious cycle.

Against this background, the Narendra Modi government, immediately after coming to office, appointed the Banking Law Reforms Committee in 2014, which gave its report in 2015 recommending a complete overhaul of the legal and institutional framework governing insolvency. The committee proposed moving from a “debtor-in-possession” to a “creditor-in-control” model. The government quickly acted and brought the new legislation called the Insolvency and Bankruptcy Code, by December, 2016 (hereafter called the “code”). This code seeks to consolidate and amend laws relating to insolvency resolution of corporate persons, partnership firms and individuals in a time-bound manner.

The new law now stipulates that employees, creditors and shareholders shall be empowered to initiate winding up proceedings at the first sign of financial stress such as serious default in repayment of a loan obtained from a bank. As a consequence of this code, we have the National Company Law Tribunals (the adjudicating authority) with 12 benches across the country, the National Company Law Appellate Tribunal (the appellate authority), a fully functional regulator (the Insolvency and Bankruptcy Board of India (IBBI), insolvency professional agencies and several highly-qualified insolvency professionals. Quite recently, India’s first information utility also became functional. Thus, the Modi government has put in place a robust insolvency resolution system.

The resolution process must be completed by the adjudicating authority within a period of 180 days. However, a maximum extension of another 90 days shall be given. The code further provides, under Section 16, for the appointment of an interim resolution professional (IRP) by the adjudicating authority. Once an IRP is appointed, the management of the affairs of the corporate debtor vests in the IRP and the powers of the board of management or the partners, as the case may be, stand suspended under Section 17 of the code.

The new bankruptcy code overhauls the current highly-fragmented insolvency resolution regime and provides a unified framework. It empowers all classes of creditors to trigger the legal process in case of non-payment of a valid claim. It provides a reasonable time-frame to all stakeholders to arrive at a common resolution plan. In the absence of it, it provides for the appointment of a ‘resolution professional’ that invites resolution plans on the basis of an information memorandum prepared by him.

The resolution plan is required to be approved by a creditor committee with 75 per cent majority, by value, and also provides for compulsory liquidation if a resolution plan is not approved within 180 days, extendable to 270 days. This law continues to evolve, with further changes being made to either address implementation issues or bring in certain anti-abuse provisions. This is the major legal weapon in the hands of the government for the speedy resolution of mounting corporate NPAs. Finance Minister Arun Jaitley reiterated the government’s commitment to tackle corporate defaulters, who were protected by the old regime wherein nothing could be recovered. The new law emphasises on saving businesses by bringing the existing promoters with or without new partners or new entrepreneurs to come in and make the revival possible.

The government recently disallowed defaulting promoters from retaining control of their companies once the resolution process is initiated. This is a major step so that the resolution process does not help the existing sponsors retain control of their companies at the cost of lenders. Until they have cleared their overdue payments, they will not become eligible to submit resolution plans. Initially, there was sharp criticism of this drastic measure, by the corporate sector. This is a necessary move to ensure that promoters did not walk away with the same asset at a heavy discount. A clause was, however, inserted allowing the promoters to participate if they cleared the dues. The Modi government, thus, has sent a strong message through this step that the government means business.

The Hindu recently reviewed leading corporate houses with billion-dollar loans riding on them, and the results were startling. The top 10 business house debtors alone owe Rs 500,000 crore to the banks and are being forced to sell assets worth over Rs 200,000 crore. As the companies are earning less on their investment than the cost of their debt and the government is particular on recovering loans, corporates are resorting to the sale of their assets.

The sheer thought of having to cede control of their own companies and being prohibited from overtaking other bankrupt firms have made steel manufacturing giant Arcelor Mittal and 2,100 other companies pay up their dues of Rs 83,000 crore before action was initiated against them under the code. Lakshmi Mittal’s Arcelor Mittal has paid up its dues of a company it held a minority shareholding, to become an eligible bidder in the insolvency case of Essar Steel.

What’s making companies pay up their dues is Jaitley’s masterstroke amendment that not only bars wilful defaulters but defaulting promoters and related parties too from the bidding process of the IBC law. Former SBI chief Arundhati Bhattacharya had said that nowhere in the world such a clause existed, but it was required in India to bring back trust in the banking system. So far, evidence suggests that the Section 29 A of the code has worked. According to Bankruptcy Board chief M S Sahoo, there are “several instances where the corporate debtors have paid the default amount after a trigger application is filed before the adjudicating authority but before its admission. Some of them pay up as soon as they receive a notice from an operational creditor.”

In June last year, the RBI had identified 12 accounts, each having more than Rs 5,000 crore of outstanding loans accounting for 25 per cent of total NPAs for immediate referral for resolution under the bankruptcy law. Claims worth Rs 3.13 lakh crore, related to defaulting companies were notified by the bank under insolvency proceedings. Bhushan Steel, Essar Steel, and Lanco Infratech with Rs 55,989 crore, Rs 50,778 crore and Rs 51,505 crore debt respectively are the top three defaulting corporates. Bamnipal Steel (BNPL), a wholly-owned subsidiary of Tata Steel, has successfully completed the acquisition of a controlling stake of 72.65 per cent in Bhushan Steel Ltd (BSL) and the firm has received all government clearances to acquire Bhushan Steel. “Lenders recovered almost entire the principal loan of Bhushan Steel through a Rs 36,400-crore transparent bid by Tata Steel and also got 12 per cent stake in the company,” Piyush Goyal noted in a tweet.

The acquisition signals a major breakthrough in India’s fight against NPAs, as the recovered amount is over 90 per cent of the principal, according to a tweet by principal economic adviser Sanjeev Sanyal. The government thus had the first major success in its war against corporate NPAs with the new code.

The code marks the onset of a remarkable change in insolvency resolution in India. Bringing the bill was one of the important factors that improved India’s rank by almost 30 places in the Index of Ease of Doing Business in 2017 released by the World Bank. The government, as key stakeholder, has been working with the RBI, and leading banks to clean up the NPA mess that is plaguing the Indian banking system. This was the role that the government had to play sooner or later.

The Modi government has also been responsive to the feedback and is open to amending the code. The code largely dispenses with the pro-debtor bias exhibited by judicial bodies under the previous regime. The government is also tightening the noose around 2.25 lakh shell companies, which failed to file tax returns between 2015 and 2017. Last year also, the government served notices to nearly 3 lakh companies that failed to file returns of which 2.26 lakh entities lost their registration. Many of these companies had suspicious transactions during the demonetisation drive. The expeditiousness with which the Modi government is acting to bring the systemic changes as well as initiating stern action against corporate frauds and NPAs are indicative of the commitment of the government to tackle the problem of crony capitalism on a war-footing.

Dr Sarangapani Bommaraju, is a Former Professor of Economics at the Hindu College, Machilipatnam, Andra Pradesh.