How NDA Has Failed To End Tax Terrorism, Legacy Problems 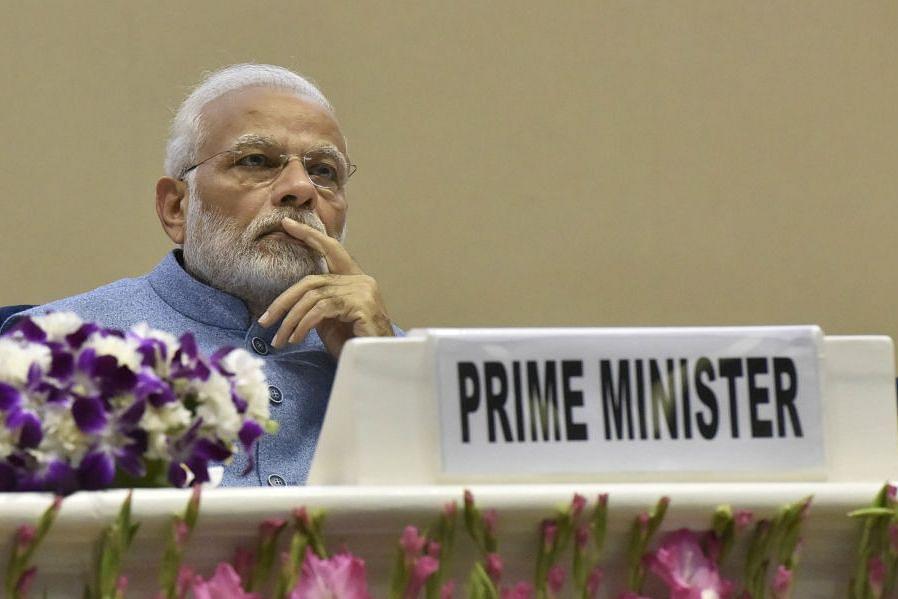 A major promise made by the BJP in 2014 was to stop tax terrorism. Former finance minister Arun Jaitley had proclaimed, before the 2014 election, that tax terrorism is the biggest threat to India and he was going to stop it.

The party’s 2014 manifesto stated, “UPA Government has unleashed ‘tax terrorism’ and ‘uncertainty’, which not only creates anxiety amongst the business class and negatively impacts the investment climate, but also dents the image of the country. We will provide a non-adversarial and conducive tax environment, overhaul the dispute resolution mechanisms, rationalisation and simplification of the tax regime which is currently repulsive for honest tax payers.”

Tax terrorism arises from unrealistic target-setting, leading to high-pitch assessments, lack of reviews by superiors of such assessments, unbridled power to tax officers, slow-moving courts, time consumed in settling appeals and retrospective amendments of tax laws. While the NDA II took steps to reduce tax terrorism, the on-ground impact has been poor.

The large quantum of pending disputes show that high-pitch assessments continue. As per the CBDT’s annual Central Action Plans, about appeals pending with the Commissioners of Income-tax (Appeals) have risen from 2.15 lakh appeals in March 2014 to about 3.41 lakh appeals in March 2019. The demand involved in appeals in FY19 is Rs 5.71 lakh crore, of which demands for Rs 1.16 lakh crore have been stayed by Income-tax Appellate Tribunals (ITAT)/Courts. Jaitley had promised that disputes would fall, but facts indicate otherwise.

To achieve the unrealistic targets set for them, officers (mis)use the litigation mechanism. The corporate sector is the taxman’s favourite whipping boy. Tax officers tell many corporates that they have a target, they know they are wrong, and then make the corporates pay taxes against high-pitch assessments, tell them to appeal while assuring the latter that they will get refunds in appeal.

In some instances, they have even frozen corporates’ bank accounts to force them to pay advance tax! Look at the balance-sheets of the top 30 ethical companies in India. Contingent liabilities created because of tax disputes tell their own story.

This ratio was lower, at 3.7, in Reporting Year 2013-14. What started in the UPA era has risen under NDA II — a failure of the political leadership! The political leadership seems to have become victims of tax officers and has lost sight of its duty to protect honest citizens from perverse assessments. Tax justice has broken down!

Tax officers needlessly pursue appeals at higher levels, regardless of the outcome, since there is no penalty on the I-T department and its officers. Resolution at CIT (Appeals) take about two years, 3-5 years at ITATs, 5-8 years at High Courts and about five years at the Supreme Court (SC). It is common knowledge now that a tax dispute in India normally takes 15-20 years from the time an assessment is completed to the time the SC possibly takes a decision. In some instances, even the SC decision is not given effect to urgently, and obviously, CBDT doesn’t seem to review or care!

The 2017 CAG report states that the I-T department loses 65 per cent of its cases. Over a period of time, its success rate has only been declining. But our political leadership again has failed to protect taxpayers.

The CBDT, in July 2018, enhanced monetary limits for filing of appeals by the I-T department before the ITATs (Rs 20 lakh), HCs (Rs 50 lakh) and SC (Rs 1 crore). These would prevent tax officers from routinely filing frivolous cases and enable a judicial focus on high-value litigations. Even while these limits are per se very low for a meaningful impact, the CBDT has to repeatedly urge its officers to withdraw all pending appeals before a certain period. Even the CBDT writ does not seem to work!

A perusal of all the above makes one come to the inescapable conclusion that NDA II was not successful in keeping its promise of ending tax terrorism. On the ground, not much impact has been felt even though processes and technology seem to have been improved. Tax disputes remain as high as before. When NDA II came to power, the amount of tax dispute in March 2014 was Rs 4.10 lakh crore as per Receipt Budget 2015-16 — it was up by 50 per cent to Rs 6.24 lakh crore in March 2018, as per Receipt Budget 2019-20.

Jaitley, in his 2016 Budget speech stated, “Litigation is a scourge for a tax-friendly regime and creates an environment of distrust in addition to increasing the compliance cost of the tax payers and administrative cost for the Government.” He made many such statements, but seems to have promptly forgotten them.

The government has failed to protect citizens and business from a tax system that has run amok with a broken assessment system and a broken appeal system! No major country has both broken. Tax officials seem to think of everybody as evaders and themselves as vigilantes!

We have filed returns in over 30 countries, but no country treats taxpayers as badly as India does. There can’t be ease of doing business unless the taxation system is fair and effective. Several committees, from the Kelkar committee to the Shome committee, have suggested solutions, but these have been given scant regard.

The government must decide on implementing the panels’ suggestions and treat taxpayers fairly. The NDA thanks the taxpayers in the budget — never the case with the UPA — but the rest of the treatment remains almost the same.

The PM is committed to improving Ease of Doing Business. But the most significant ease would come from fair, equitable tax assessment with no high-pitched demands and appeals decided in 3-4 years. We hope the PM and the new FM tackle the biggest impediment to Indian business becoming globally competitive, and India being respected globally for a fair tax system.