India-EU FTA: The Gains And The Losses 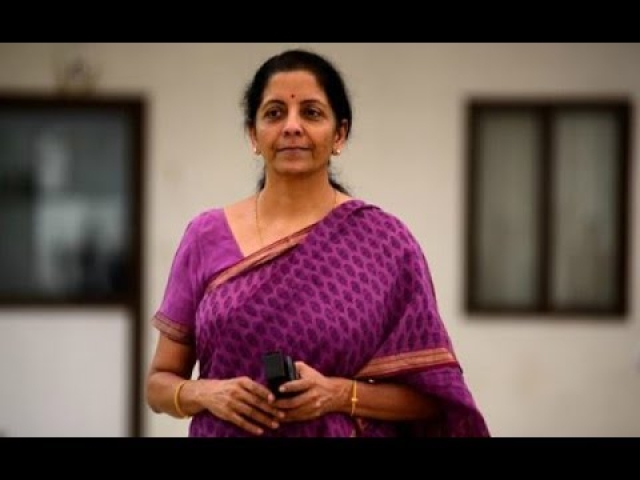 There is renewed hope that India and the European Union (EU) are finally coming around to finalise a free trade agreement, negotiations for which started eight years ago in June 2007. A well negotiated agreement would provide further boost to trade and investment flows between the two regions. Some estimate that trade may double. The agreement will also enable India’s increased integration with the global economy. The EU, taken as single unit, is India’s largest trading partner but India is only the ninth largest trading partner of the EU. The EU is also one of the largest investors in India and the largest source of technology transfer to India.

The negotiations that were stalled about two years ago due to deep differences between the two sides may restart as early as this month. Commerce and industry minister Nirmala Sitharaman is expected to meet her EU counterpart Cecila Malmstrom when she is Paris on June 2-3 for meeting of the OECD, the ambassador of European Union to India Joao Cravinho indicated recently. The two leaders are widely expected to discuss a roadmap for taking forward talks on the free trade agreement, formally known as broad-based trade and investment agreement (BTIA).

India and the EU have held 15 rounds of talks so far, but differences persist on matters such as tariff on cars, wines and dairy products imported from the EU and liberalised visa regime for Indian professionals entering the EU region. As talks seem set to restart, a look where India-EU trade relations stand and issues that are holding up the talks.

India exported goods worth $49.3 billion in 2014-15 to EU and imported goods valued at $48.3 billion. Although exports to the EU fell 4.5 per cent in value, it was 15.9 per cent of the country’s exports for the year. The main items of export include petroleum products, textiles, apparels, footwear, gems and jewellery and machinery and transport. Imports too contracted in value in 2014-15, falling 3.2 per cent from the previous year. India’s imports from the EU accounts for 10.8 per cent of all goods imported and includes machinery, gems and jewellery, chemical products and transport equipment. India, in comparison, is a much smaller trade partner for the EU. Imports from India constitute just about 2.2 per cent of all imports by EU-28 (the 28 member countries) and exports to India 2.1 per cent.

Trade between the two partners has been hovering around $100 billion for the past five years, with the best year being 2011-12, when it rose to about $110 billion. The terms of trade are currently marginally favourable to India.

What BTIA hopes to achieve

The negotiations between the two sides are wide ranging. The ultimate objective is to liberalise two-way trade in goods and services and flow of investments. This is to be achieved through improved market access for both sides and facilitating trade, reduction in tariffs on an agreed set of goods, lowering non-tariff barriers to trade which come in form of sanitary and phyto-sanitary measures and technical barriers to trade, strong protection of intellectual property and geographical indications, establishing binding dispute settlement mechanisms, allowing freer movement of professionals and mutual recognition of the qualifications. The implementation of the FTA is expected to bring down tariffs by 90 per cent over ten years.

When negotiations began, India had high tariffs in areas of interest to the EU and restrictions on foreign direct investment (FDI) in many sectors including insurance and trade. Now, India allows up to 49 per cent FDI in insurance and 100 per cent in wholesale trade and single brand retail. The policy, as it stands, also allows up to 51 per cent FDI in multi-brand retail trade, even though the Bharatiya Janata Party (BJP) is opposed to it on principle. The policy decision was made by the previous United Progressive Alliance (UPA). One would suspect that the BJP-led National Democratic Alliance (NDA) government has not reversed the UPA government’s decision to avoid creating more hiccups in its trade talks with the EU. Tariffs on some goods like wines and cars remain high, between 60 per cent and 100 per cent.

For India, regulations and higher quality standards in the EU act as barrier to trade. Indian export consignments are rejected for failing to meet EU’s sanitary and phyto-sanitary standards, as happened in the case of Alphonso mangoes which were banned in May 2014 after fruit flies were reportedly found in a consignment.  The ban was removed earlier this year. Indian service providers face problems relating to visas and work permits which restrict their mobility within the EU.

India’s demand include data secure status for the country, liberalised visa norms for its professionals and market access in services and other sectors including pharmaceuticals, agricultural produce, chemicals, textiles, apparels and leather goods. There is optimism that textiles, apparels and leather goods may get improved access into the EU and that should help these industries to expand their operations.

India is not among nations considered data secure and that hampers flow of sensitive data such as intellectual property or patient information under data protection laws in the EU. In the absence of data secure status, Indian companies and subcontracting parties have to meet the cumbersome requirements laid down under the EU directives on data protection and that increases their cost of operation. There are some double standards on the part of the EU in this, as India has amended the Information Technology Act, 2000 and issued new Information Technology Rules in 2011 which are in line with the safe harbour principles adopted by the United States, which has been accorded data secure status.

India has also sought access for its skilled professionals to temporarily reside and work in EU countries. Indian businesses would gain significantly in services if rules on movement of professionals are liberalised. The trouble is that the EU is not an integrated market for services and so work permits and visas are under individual members and this creates problems for intra-EU movement of professionals. For instance, a software consultant with a work permit in Germany cannot offer services in another, say, France. He will need work permit from French authorities too. Lack of harmonisation of qualifications and professional standards is another problem that restricts the ability of Indian professionals to access the EU markets.

What the EU wants

The EU wants India to liberalise its professional services sector, specifically accountancy and legal services. However the Institute of Chartered Accountants of India and Bar Council of India are vehemently opposed to such liberalisation as they fear they will be run over by the large accounting and law firms from overseas.

The EU has also sought massive cuts in India’s tariff on automobiles and auto components. Fully assembled cars attract 60 per cent import duty which rises to 75 per cent for cars with f-o-b (free on board) value over $40,000 and engine capacity of 3,000 cc for petrol and 2500 cc for diesel. The EU sees this as over-protection, as the tariff on Indian cars imported into the EU is 6.5 per cent. The Indian industry however fears that a sharp cut in duties will lead to European made cars flooding the Indian market, threatening investments made in the country. Also, there are fears that auto-components will be imported into India at the concessional rate.

Additionally, the EU has sought deep cuts in tariff for wines and spirits. India currently levies import duty of 100-150 per cent on these. In addition, there are state taxes. Alcohol is a major source of revenue for states and they will not agree to cut taxes on this. After all, the have also managed to keep alcohol meant for human consumption outside the goods and service tax (GST).

Strengthening of the intellectual property rights regime is another demand of the Europeans. The Indian laws do not allow ever-greening of patents or data exclusivity and that prevents them from bringing generic drugs and various chemicals into India. However, if India were to accede to the EU demand, the Indian pharmaceutical industry will not be able to sell cheaper copies of patented drugs without conducting extensive clinical trials of the drugs. At present, they can, using bio-availability or bio-equivalent data to prove that the copy works as effectively as the original drug.

Why the agreement is critical for India

India has higher stakes in getting the agreement in place than the EU. This is because the EU is partnering the United State for two mega regional trade agreements, which India is not a part of. The two mega-regionals are Trans Pacific Partnership (TPP) and Transatlantic Trade and Investment Partnership (T-TIP). While T-TIP is an agreement between the United States and the EU, the TPP members include many countries from the Pacific Rim such as Vietnam, Malaysia, Chile and Peru.

Once these mega regional agreements are finalised, Indian goods may face difficulties in accessing the European markets. However, with a separate bilateral trade agreement such as BTIA, Indian exports can hope to continue getting access. The mega regionals also encourage creation of global value chains whereby processes are split across countries to exploit each nation’s competitive edge and thus drive down costs while raising standards. India has an insignificant role in the value chains of European companies. The mega regionals can lead to investment diversion away from non-member countries to signatories.

India could also do with greater flow of investment and technical cooperation from the EU for many of its development projects. Many European companies are known to have done pioneering work in setting up of smart cities. As India plans to develop 100 smart cities, their assistance would help in planning and execution of these projects. Likewise, many programmes planned by the government could benefit from cooperation from the EU-based companies.