A Troubled Time For Steel Industry? Here’s A Quick Lowdown 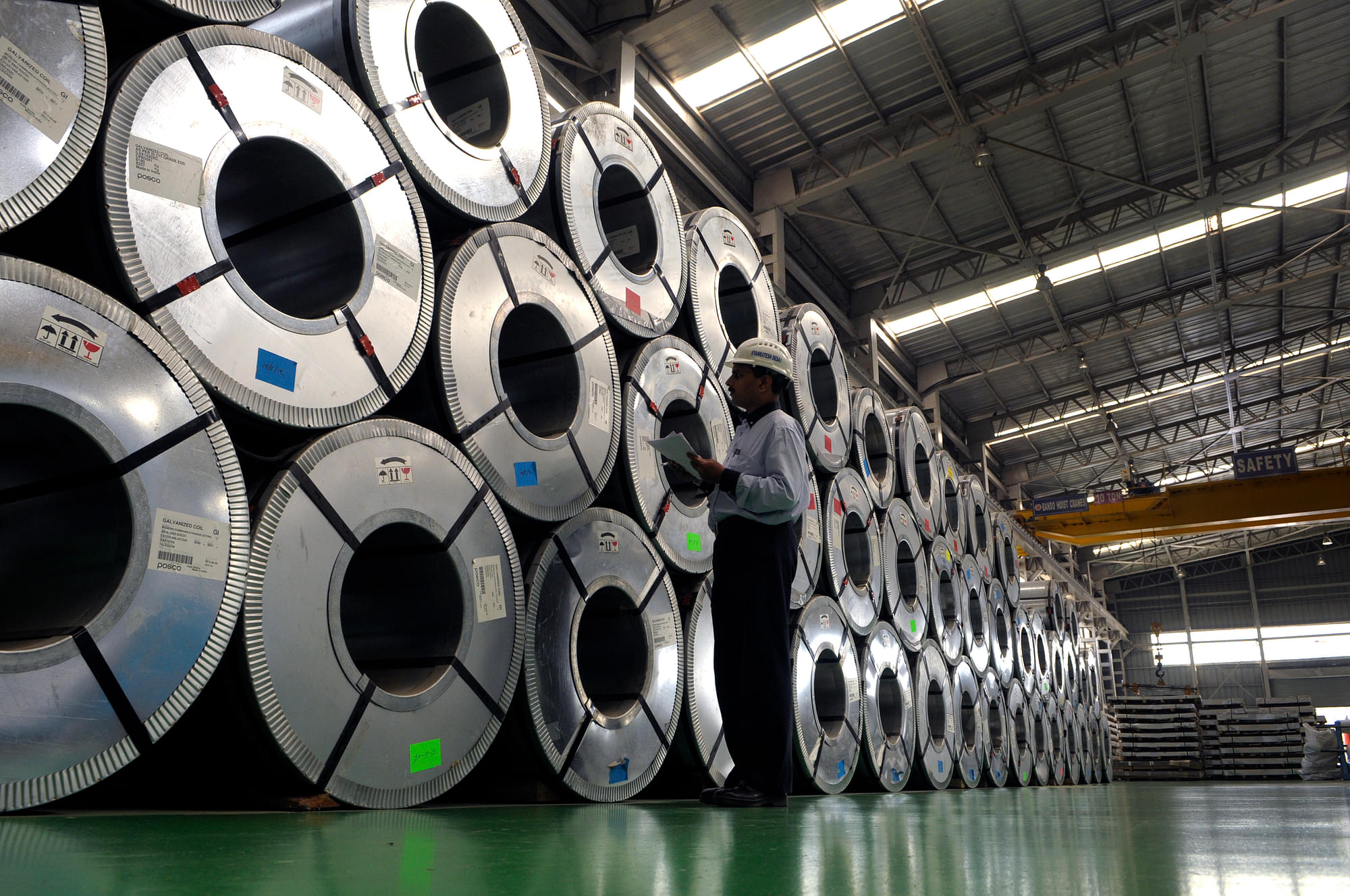 Stocks of Tata Steel, one of India’s leading steel companies, have declined over 25 per cent in the last 10 months. From a high of Rs 625.15 a share in September last year, Tata Steel stocks are currently ruling at Rs 461.85 on the Bombay Stock Exchange.

Stocks of steel companies haven’t been doing well in the last one year or so. The S&P BSE Metal Index has been dragged 12.6 per cent lower mainly due to weak steel stocks. The two reasons causing steel company stocks to drop are: one, prices of iron ore — the main raw material for steel — have increased by 80 to 100 per cent since last year; and two, steel prices have dropped by 15 to 20 per cent.

Shares of steel companies have dropped in line with their financial performance with most firms reporting a drop in net profit. Like cement and sugar, the steel industry is also cyclical. Last year, steel prices ruled higher, while iron ore prices were lower.

This year, iron ore prices have gained on closures of mines in Brazil, mainly after a dam collapsed at a mine on 25 January this year. The dam at Corrego Do Feijao mine in the southeastern province of Minas Gerais contained mining waste and belonged to Brazilian multinational firm Vale SA. The dam burst killing 300 people and, as a result, the mine has been shut.

The mine closure will take the overall shortfall in iron ore supply from Brazil to 90 million tonnes (mt), including the supply of 40 mt from Vale’s two other mines which are also affected. According to ANZ Bank, the iron ore market could see a short-supply of 43 mt this year.

Supply disruptions in Australia due to Cyclone Veronica in March this year have also led to a rise in iron ore prices. The impact of the problems in both these countries can be understood from the fact that they made up 85 per cent of the seaborne iron ore supply last year.

The Sino-US trade dispute has also taken a toll on the sector. China, a major supplier of steel, has cut its production by 50 per cent and its trade dispute with the US has cast a shadow on its efforts to export to other countries.

The Sino-US trade dispute, which was initially expected to be confined to only these two countries, has affected global growth. This has resulted in steel firms being unable to raise prices to a level that will be comfortable for them to operate.

In India, the steel companies have been hit as the economy slowed in the second half of last year due to a weaker rural sector. A negative 16 per cent growth in automobile and 22 per cent growth in consumer goods in 2018 affected steel consumption, according to the Indian Steel Organisation (ISO).

However, the prospects for the steel sector in India is seen to be bright what with production capacity set to be increased to 300 mt by 2030 from the current 125 mt. India is a developing country and hence the outlook for the sector is bright.

The growth potential is being enhanced by prospects of demand growth despite India’s policy to encourage electric vehicles. Automobile majors such as Suzuki and Hyundai are expanding their capacities in the country and these are signs of a robust demand growth.

However, the steel sector is capital intensive with the industry needing Rs 5,000 crore to set up a unit with a capacity to manufacture 100 mt. Another constraint is that the steel industry needs huge amounts of space because setting up of a unit leads to building of townships, as seen in places like Jamshedpur and Rourkela. The third constraint is lack of infrastructure.

Despite these constraints, demand for steel is expected to top 100 mt this year with demand for products rising 7.1 per cent. Next year, the demand could rise by 7.2 per cent, ISO has said. The steel body sees growth coming for the industry from investments in railways and infrastructure in terms of construction and capital goods.

Tata Steel, in its management discussion in the 2018-19 Annual Report, says that domestic steel players would get opportunities from government initiatives like “Make in India”, higher spend on infrastructure and increased focus on rural development that will support domestic demand. Anticipating demand growth, the steel major has begun phase two expansion of its Kalinganagar project to raise its capacity to eight mt a year from the current three mt.

This Is What Experts Say

Globally, the Reserve Bank of Australia sees iron ore prices declining with supply being restored gradually and demand from China moderating. Unchanged Chinese demand will mean that the steel industry will find enough breathing space by the year-end.

The DBS Group, in its research note, said that supply uncertainties were more for high-grade ore, especially from Vale. Lower demand for high-grade ore and pellets from China, owing to environmental restrictions, is compounding the problems.

DBS Research has also noted in its report that steel demand will decelerate to 0.8 per cent this year and 1.1 per cent next year.

J P Morgan said iron prices could rule a $77 a tonne this year before slipping to $70 next year. Spot iron prices with 62 per cent Fe content are currently quoted at $120 a tonne. According to Hellenic Shipping News, iron ore stocks across 35 Chinese ports declined by 36.38 mt in a year to 106.68 mt. Average deliveries have increased to 2.6 mt compared with the same period a year ago.