Let’s Do The Right Thing For The Economy; Growth Will Take Care Of Itself 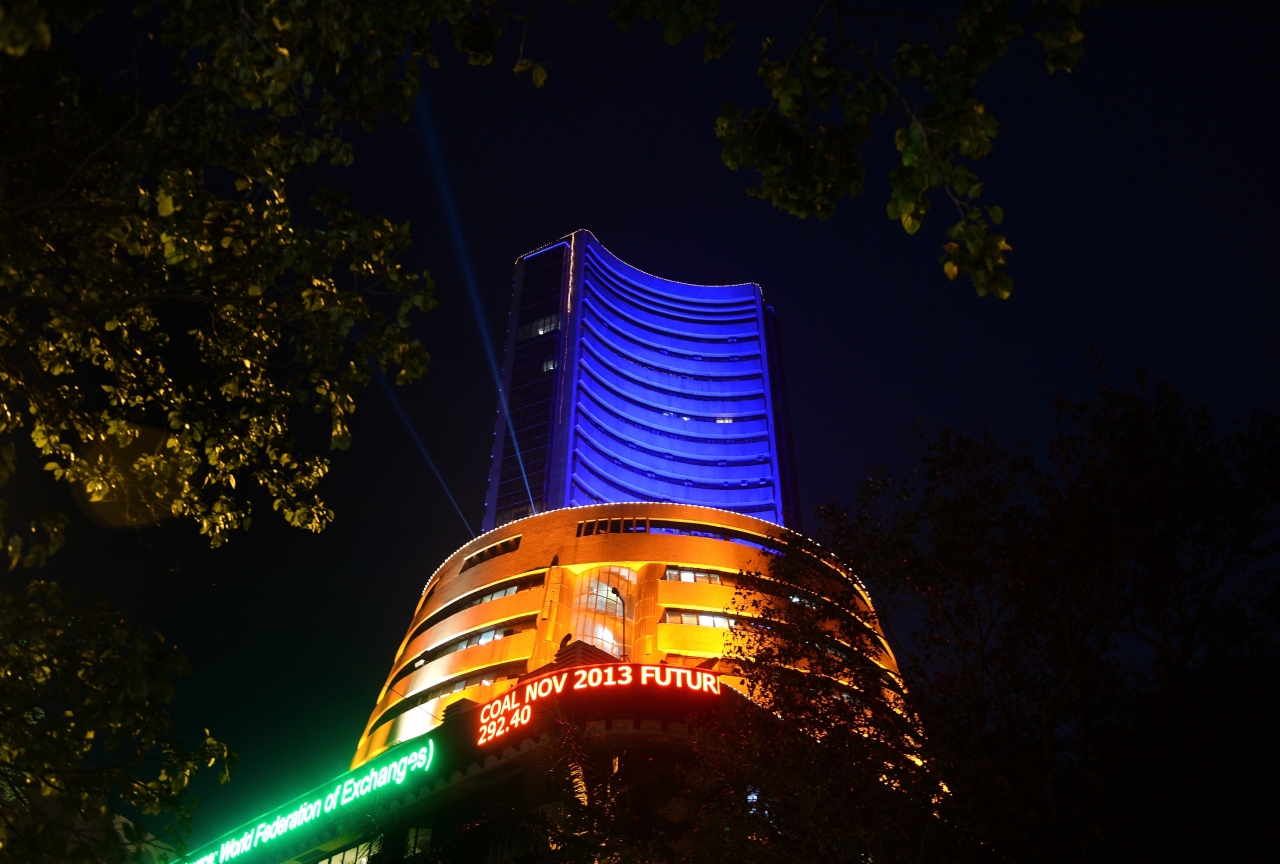 Most books on the Indian economy and its future tend to be either overly gung-ho or overly pessimistic. Can India Grow: Challenges, Opportunities and the Way Forward by economist V Anantha Nageswaran and bureaucrat Gulzar Natarajan adopts a more level-headed approach. It suggests that a sustained 8 per cent growth expectation is not a feasible one, lists the domestic and external challenges India faces but also highlights the opportunities that India can exploit as well as the policy reforms that are needed for this. In this email interview with Seetha, the authors give a sense of why they took a slightly different line in analysing the economy.

Your book appears to be providing a reality check to a lot of things which generate great excitement in India – what made you adopt this cautionary tone?

It is not so much a cautionary tone as a realistic tone. It was not about proving anyone wrong. It all began as an exercise to understand the fragmented nature of India’s production – in farms and in factories – with data and evidence. What we discovered worried us tremendously. We felt that there should be an awareness, understanding and acceptance of the reality for feasible and sustainable solutions to emerge.

You argue that 8 per cent sustained growth is not a feasible goal for India. But the country as a whole has been pumped up to expect this for more than a decade now. One, can any government/party readily dial back this expectation? Two, what will a realistic growth expectation be?

Pumping up expectations is not the right thing to do. Indeed, we argue for the opposite: downsizing expectations and surpassing them. Under-promising and overachieving is what we advocate. The realistic growth target is somewhere around 6 per cent, perhaps. We have not done any scientific estimation of the potential growth. A Reserve Bank of India working paper published in April 2016 put the number at slightly below 7 per cent.

We might even go a step further. We would argue that let growth take care of itself. Let us focus on doing the right things for the economy and for the society.

How much is the political environment responsible for India’s economic ills?

You have highlighted the problem of the missing middle in terms of producers and consumers. You say “As India stumbles toward crafting its missing middle, a generation or more is likely to pass before positive effects are felt in the market.” Does that mean if things are done right? If things are not done right, how long will it take and what will it mean for the India story?

The time element in this statement is not to be taken literally. It signals the challenges faced in fixing the issue of the missing middle – in production and in income or consumption. A generation is a long time – over three decades. Who can figure out how long it would take if we don’t get things right?

In dealing with the issue of state capability constraint, you mention various problems – implementation deficit, decision making paralysis, judicial overreach, activist audits, finance ministry veto. Of these, which is the most problematic?

All of them play a role. In specific situations, one or the other or a few might be important. In others, some other factors may dominate and influence state capability. Each of the sources of problems must reflect on their respective roles and work to remove themselves as the bottleneck for improving state capability.

The government has its role; the judiciary has its tasks and so do vigilance agencies. We have highlighted several actions that each of these players can and must take, that would improve the state capability deficit.

The point about the finance ministry veto, which is often unthinking and uninformed, is a valid one. One argument that used to be advanced for retaining the Planning Commission was that this could provide a more dispassionate assessment. Do you think the NITI Aayog can play a role here?

The veto exercised by the finance ministry is operational in nature. Every major spending decision, either at the state or central government level, is scrutinised and approved by the finance ministry. To this extent, any remedy for this has to come from redefining the boundaries of this scrutiny. The NITI Aayog can be entrusted the responsibility of formulating a set of guidelines that governs such scrutiny.

On the employment side, are you suggesting shifting emphasis from manufacturing to construction and tempering the expectations around services? Do we just give up the goal of increasing the share of manufacturing in GDP and employment?

The answer to both the questions is NO. We need to pursue multiple approaches in parallel. Given our size, we do not have the luxury of cherry-picking sector or sectors. We make that point clear. Preceding job creation is the task of improving employability. The roles of education and skill development are critical.

Construction, health services and tourism might appear like low-hanging fruits in India. The amount of infrastructure build-out that is required holds the possibility of generating millions of construction related jobs – mechanical, civil and related areas – plumbing, electrical, insulation, drainage, energy conservation, etc. Hence, we singled it out.

We do not recommend downgrading or disregarding the importance of manufacturing for India. It is not feasible.

In general, it might be futile for a grand strategy for job creation or a silver bullet. We will be disappointed in our quest. With robotics and artificial intelligence making rapid strides, the challenge has become more acute than ever. This is one area where ‘making progress by feeling the stones’ has a better chance of succeeding. 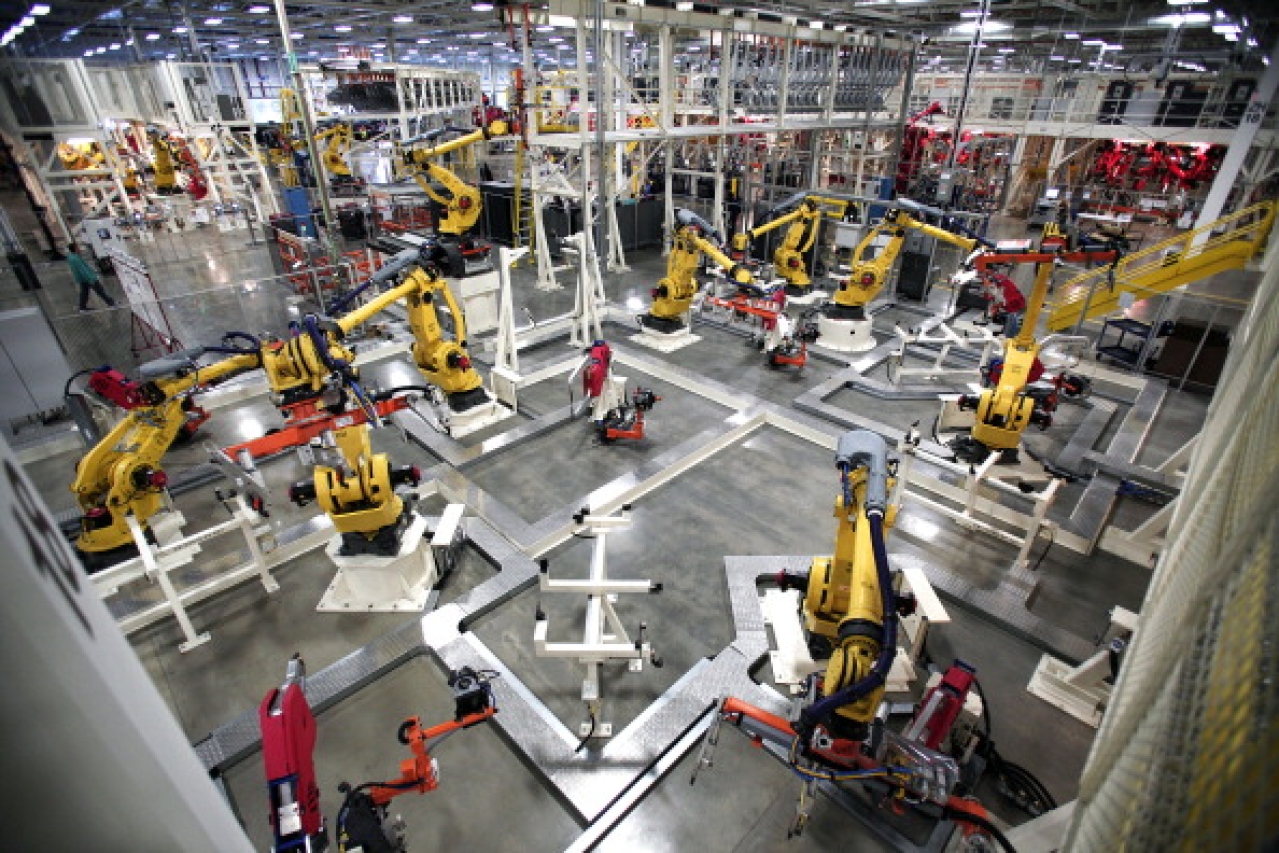 Robots on the assembly line of a car factory

You have flagged climate change as a major obstacle to growth. How does one deal with this?

It is an obstacle to growth in the sense that hydrocarbon-led growth might not be so easily feasible as was the case for Western nations and even until recently for East Asian nations. There might be resistance from international players and non-governmental organisations. Kudankulam is an example, even if the objections were misplaced and disproportionate. It is a reality.

We need to turn that into an opportunity by focusing on areas where climate change concerns would not arise – nuclear energy, renewables and so on. India is part of the nuclear fusion research effort. It might take several decades for it to succeed. But, being part of that effort is the right thing to do.

One of the ways to factor climate change into our growth matrix is to set our expectations low to start with and be on the lookout for opportunistic growth avenues.

Incidentally, factoring climate change into the growth calculations also means equipping ourselves with the competence required to engage in robust negotiations in climate change matters where the science itself is evolving. Climate change concerns have been elevated to that of a dogma and countries might be disproportionately asked to shoulder the burden. Resisting that with data, research and arguments is also one avenue to prevent making Indian economic growth hostage to climate change concerns.

You talk about two opportunities for India – decline in crude prices and China’s decline. How can India build upon these?

One way to take advantage of the decline in crude prices is to build strategic petroleum reserves. The other thing is what the government has done – which is to use the lower price to mop up revenues that the state can then channel for development purposes. The government has also done the right thing by removing subsidies for most hydrocarbon products. That will shield the government budgets if prices rise in the future.

Well, China’s decline – in terms of costs and possible lower economic growth arising out of the stock of debt that has been accumulated – would naturally lead investors to look to other low-cost possibilities. India can become a natural choice for investors and for sourcing if it can improve its productivity and ease of doing business. It is not our case that India does anything special to wean investors – portfolio and direct – away from China, towards India. That will create a fresh set of distortions. Attending to the hurdles to legitimate economic activity and in eliminating them would facilitate India emerging as a natural alternative for investments and for trade.

You have listed policy reforms across areas – education, health, urban governance, etc. All this requires a rebooting of the way politicians think. Is this possible?

Though there are significant political economy challenges, an interesting thing about all these reforms is that they are actionable at state and sub-state levels. We therefore propose fostering competition among governance entities and unshackling their latent energies to let a “million marginal revolutions bloom”. The central government should focus on encouraging states, districts, blocks and officers innovate, compete, and learn from each other. Given the vast size of the country, such an approach is, over time, most likely to generate positive deviances and dynamics in each sector which can overcome constraints of political economy and potentially scale up across the states and country.

Can India Grow: Challenges, Opportunities and the Way Forward is an ebook published by the Carnegie India and can be accessed here.