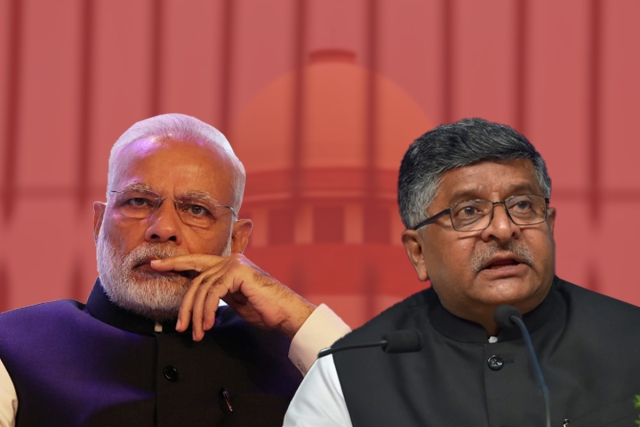 Since 2014, India has come a long way in electronics manufacturing making it one of the biggest successes of Prime Minister Narendra Modi’s ambitious ‘Make in India’ project. The country was producing $29 billion worth of electronics in 2014 and imports stood at $38 billion. In 2018-19, production jumped to $70 billion and imports increased to $57 billion.

This huge jump was mainly contributed by mobile devices manufacturing which rose from paltry $2.9 billion to $24.3 billion. India is now the second biggest hub of mobile manufacturing in the world. Other areas like production of computer hardware, strategic electronics, consumer electronics, electronic components, industrial electronic also improved from 2014-15 levels.

Thanks to this significant addition in production, directly or indirectly around two million jobs were created.

Bolstered by this success, the government now wants to build on it and be a global hub for mobile and components manufacturing with an aim to not only meet the demand of local market but also export it to the world. As outlined in the 2019 National Policy on Electronics, the idea is to attract global leaders and their supply chains to make in India for the world.

Between 2014-15 and 2018-19, some key sectors which have shown growth potential apart from Mobile handsets are LCD/LED TVs, other LED products, auto electronics, medical electronics, industrial electronics, strategic electronics (Defence equipment) and telecom products. These will be the focus areas for ramping up production in coming years for the government.

Towards that goal, the government had unveiled new schemes in April. Today (2 June), the minister for Electronics & Information Technology Ravi Shankar Prasad held a press conference where his deputies released detailed guidelines about the three new initiatives of the government which are aimed at increasing electronics manufacturing rapidly by 2025 and create additional 1.5-2 million new jobs in the short term.

These three new schemes are: production linked incentive (PLI), scheme for manufacturing of components and semiconductors and electronics manufacturing clusters. The total value of monetary incentive (in form of capex subsidies) announced today stands at Rs 50,000 crore with the goal of increasing production to $106 billion (from $70 billion in 2018-19). The target for exports is $77 billion.

Under the PLI scheme, the government will provide an incentive of 4-6 per cent on incremental sales (over 2019-20 which is set as the base year) of goods manufactured in the country up to 2025.

Under scheme for promotion of manufacturing of components and semiconductors, the government will extend a financial incentive of 25 per cent on capital expenditure for production of certain items - electronic components, semiconductor/display fabrication units, Assembly, Test, Marking and Packaging (ATMP) units, specialised sub-assemblies, etc.

Under the third scheme aimed at promoting clusters, the government will provide capex support for setting up infrastructure facilities where global electronics manufacturers making goods in India can house their units for components thereby having whole supply chain inside the country, close to their chief manufacturing facility.

The government intends to expand India’s manufacturing base on the lines of China, Korea and Japan via these schemes. Apart from creating over a million jobs, the country will also save foreign exchange worth Rs 5.8 lakh crore as per the government’s estimates.