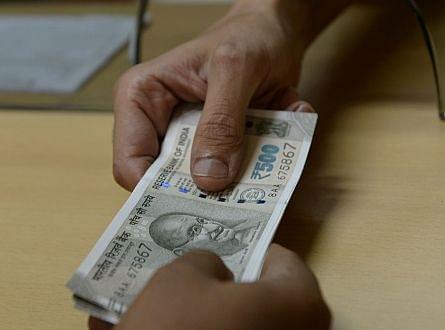 One hopes the two-day strike by employees of public sector banks (PSBs) with dark hints of more to come does not deter the Union government from its determination to privatise PSBs.

To be sure, the government did not entirely cave in to the demands of the agitating farmers by staying firm on not withdrawing the three farm bills but its offer to keep them in suspended animation for 18 months showed signs of cracking up if not of pusillanimity in the government.

While self-preservation is at the base of the strike, the unions are right in cautioning the government against defaulters becoming owners.

Under the Insolvency and Bankruptcy Code (IBC), the government had struck against this perverted stratagem after defaulting promoters tried to get back into the saddle by bidding for controlling interest in the companies whose ruination they had presided over.

Likewise, the government should keep defaulters away from bidding for controlling interest in PSBs.

Apart from this, all other fulminations of bank unions are to continue with the status quo — laidback working style, overstaffing, pay unrelated to performance, job security till retirement and what have you.

A Centre for Monitoring Indian Economy (CMIE) report shows the lending by PSBs as a proportion of overall lending peaked in March 2010, at 75.12 per cent.

Since then, the lending carried out by PSBs as a proportion of overall lending has been going down the hill, and as of September 2020, it had stood at 57.31 per cent.

The private banks obviously have stepped into the breach. And on the other side of the bread (lending and deposits are bread and butter, operations of banks), the proportion of banking deposits with PSBs peaked at a high of 74.76 per cent in March 2012.

Since then, the proportion has been going down and stood at 62.18 per cent as of September 2020. The loss of deposits business has not been as precipitous for PSBs as the loss of lending business obviously because episodes like Yes Bank loan frauds have shaken the confidence of depositors many of who still set store by the safety of government banks.

The Narendra Modi government seems to have got its act together insofar as reversing Indira Gandhi’s 1969 policy of bank nationalisation is concerned.

The privatisation of these three PSBs is expected to result in inflow of Rs 1.75 lakh crore which would be a welcome infusion to bankroll health, education and other welfare programmes thus marking a retreat from the never-ending annual ritual of fresh capitalisation of banks, euphemism for the follow up act after bad loans are written off.

PSBs will be nursing a whopping 13.5 per cent non-performing assets (NPA) in their books as of 30 September 2021 partly due to the massive Rs 3 lakh crore free for all loan disbursements to the MSME micro, small and medium enterprises (MSME) sector to tide over the lockdown blues, worries the RBI.

Private banks trump over PSBs mainly because they are lean and mean. They are not bedeviled by behest lending which characterised PSBs under the United Progressive Alliance (UPA) rule as eloquently brought out by Prime Minister Modi when he gave a whole new meaning to phone banking in a pejorative sense. Of course, Yes Bank stood out as a rogue bank with its promoter Rana Kapoor alleged to have cast caution to winds and lent to the riskiest businesses and his cronies.

When you attract deposits (Kotak’s USP was 6 per cent savings bank interest till Corona spoiled the party for its depositors) and lend judiciously without mishap it translates into profits.

The Modi government has clearly set out a clear road map— reversing Indira Gandhi’s nationalisation plank. Priority sector lending together with behest lending has rung the death knell of the PSBs almost half century after banking came substantially under the government sector.