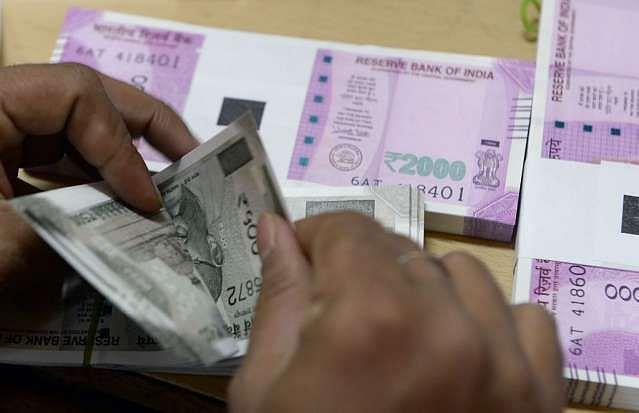 My topic for the MINT column coming Tuesday was partly inspired/provoked by this piece by Vivek Dehejia in the Nikkei Asia Review. He laments the retreat of liberal economics. He should not. Western economies did not become prosperous by following liberal trade or with independent central banks or by encouraging free capital flows.

Even if one were to vote for free trade, it has to come with caveats on compensating losers. That never happened in many countries in the world. Winners – capitalists – became richer. Losers faced job insecurity and diminished incomes. But, to lump capital flows with trade flows is flawed and dangerous:

The acolytes of Indic economics espouse an end to free trade and free movement of capital.

Dehejia has harsh words to say on demonetisation:

His best-known achievement so far has been to oversee demonetization — the botched 2016 cancellation of high-value currency notes in a futile bid to fight corruption, that Prime Minister Narendra Modi insisted was necessary even though most economists said in advance it would be a disaster.

‘His’ in the first line in the above quote refers to Shaktikanta Das.

The protectionist swing follows the earlier demonetization fiasco and the mismanaged introduction of a new national sales tax. Ironically, it was Das, the newly appointed central bank chief, who supervised not only demonetization but also the tax reform.

You must read two earliers pieces of Vivek Dehijia on demonetisation. You can find them here, here and here. The tone and the tune are very different now. I doubt if any new evidence has emerged since the last link above (September 2017) that justifies the about-face on demonetisation.

If anything, recent data from the Central Board of Direct Taxes vindicate the header of the last linked article that it was too soon to assess the sucess or failure of demonetisation.

Clearly, the goods and services tax (GST), in theory, could have been done better. The peak rate need not have been set at 28 per cent, for example. Exempted goods could have been included. But, this is a continental size economy. Only Singapore has a single GST rate. Other countries have multiple rates. In short, India has not done too badly with the GST introduction and the subsequent course corrections. For another perspective, readers should read the book, Of Counsel by Arvind Subramanian.

For some of the newspapers and columnists, Gurumurthy has become a lightning rod. My views do not correspond with his on all matters and he has acknowledged that we differ, in one of his tweets. That said, I find it hard to accept the argument that he has precipitated the departure of Urjit Patel from Reserve Bank of India (RBI). Patel is the fifth RBI governor to resign.

Further, RBI has made many mistakes in recent years. It was late to wake up to the problem of non-performing assets. It ordered Asset Quality Review of banks only in 2015. It has not undertaken an honest review of its own shortcomings and failures in banking regulation. The fraud in Punjab National Bank was going on for seven years. IL&FS was regulated by the Reserve Bank of India. On monetary policy, it had stuck to a version of doctrinaire monetarism. The government has not interfered with monetary policymaking, even if it has not been happy about it.

In this regard, the rating agency Moody’s threat that any threat to RBI independence could be construed as needless interference. As I wrote in my earlier post, the Reserve Bank of India is not an independent body, created under the Constitution. It was created by an Act of Parliament. The Ministry of Finance is accountable to the Parliament for the functioning and performance of the Reserve Bank of India. It is now independent for the conduct of monetary policy. That has not been jeopardised and it has actually not covered itself with glory on that, with its excessive monetarism. See Sanjaya Baru’s piece here for a different perspective.

This article first appeared in the Gold Standard and has been republished here with permission.