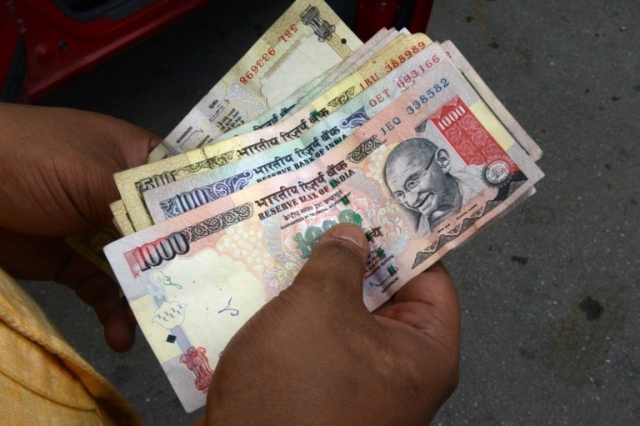 There is likely to be much breast-beating among savers when the government cuts small savings rates – that is, rates on products like National Savings Certificates (NSCs), Kisan Vikas Patras, post office fixed deposits, or the hugely popular public provident fund (PPF). This move will be another signal that rates of all savings instruments – from bank deposits to government and corporate bonds – will trend downwards. Savers will have a tough time maintaining their interest incomes.

A Times of Indiareport suggests that small savings rates are likely to be cut by 50 basis points (100 basis points make 1 percent), and that in future rates will be determined quarterly, not annually. Moreover, the rates may be pegged to yields on government securities with similar maturities.

So, before we go any further to discuss the impact of these changes, rush to invest in fixed deposits (FDs), tax-free bonds and post office schemes before they start losing their shine. Bank FDs currently yield anywhere between 7-8 percent for tenures from one to three years, and tax-free bonds of 15-year tenures get you around the same – 7.5 percent, but with much higher pre-tax yields (10 percent plus). So tax-free bonds are the best thing going for long-term savers and pensioners right now, assuming you don’t have immediate liquidity needs. Remember, even tax-free bonds will see rates being cut shortly.

That there is a need to cut small savings rates is obvious from the wide gap between tax-efficient schemes and banks FDs. The State Bank of India (SBI) currently offers rates varying from 7-7.5 percent for maturities ranging from one to three years or more (a few banks offer higher rates, going upto 8 percent). Senior citizens obviously get more – a quarter to half percent more, that is.

As against this, the PPF is pegged at 8.7 percent, Kisan Vikas Patras fetch the same (but with interest being taxable), the Monthly Income Schemes 8.4 percent, the Senior Citizen Savings Scheme 9.3 percent, and the Sukanya Samriddhi Scheme 9.2 percent. So grab these rates as they will change after 31 March 2016 (See the current rates here)

The gap between bank interest rates and small savings schemes is thus a large one, going upto 1.2 percent for the PPF. (The actual differential will vary depending on which deposit tenure you compare the PPF with). After the change, the differential will be much lower.

So what are the implications of a falling rate regime? Here are a few things to note.

#1: Lower rates are needed to get the investment cycle revving up again. So while savers will lose on interest incomes, they will gain from the overall revival of growth that will lift all boats. The scaling down of small savings rates will impact many other savings rates, including those of corporate and bank deposits.

#2: As things stand, real interest rates are still positive – with inflation well below 6 percent, and interest rates at 7.5 percent or more – a gap of 1.5-2 percent. However, post-tax, the real gains may be lower or non-existent as you pay tax on the whole nominal income, and not just the real income. So savers are going to lose. This is why tax-free bonds are so important. Smart three-year fixed maturity plans of mutual funds also offer some degree of protection from tax. Overall, though, savers have to save more and spend less to earn the same income.

#3: A lower rate regime shifts the balance of financial power from the old to the young – for the simple reason that the young borrow more while the old save more. (This is a broad generalisation, but you get the drift). You buy homes and cars when you are young and earning; you save more when you are old, and depend on interest or dividend incomes. For a young country, shifting this balance of financial power to the young is not a bad thing. Moreover, assuming there is some inflation, the rates paid by borrowers fall in value due to inflation. So they gain both in terms of lower nominal rates, and even lower real borrowing rates.

#4: The government is another beneficiary of lower rates, as it is India’s biggest borrower. State governments too benefit from the lowering of small savings rates, as this money goes directly to them.

#5: The shift to quarterly adjustment of interest rates for small savings means that rates will be volatile. Banks too will adjust rates more frequently, and bond and debt funds will face shifts in their net asset values as they are sensitive to rate changes. This means even long-term savers have to adjust to volatility in rates. Senior citizens should thus rush to use up the maximum limit of Rs 15 lakh for Senior Citizen’s Savings Scheme with post offices, which yield 9.3 percent quarterly interest right now. They may earn less after March 2016, but that is anyway the case.

#6: The stock market, currently in free fall, is likely to benefit from a cut in interest rates, as stocks get rerated. Debt funds will also gain, because the higher-coupon bonds they have invested in will not see price surges.

#7: A lower interest rate scenario in India will be negative for foreign inflows into debt funds at a time when the US is raising rates and the rupee too rules weak. Foreign interest in debt will start ebbing; hopefully, some of the money will instead move to equity, boosting stocks later this year.

#8: Bankers, who have been lobbying for a small savings rate cut, will be happy, for they can now lower deposit rates and improve their margins. They have been unable to pass on the benefit of rate cuts so far due to a huge bad loan portfolio. The reduction in small savings rates reduces the pressure on them to keep deposit rates at levels not justified by loan demand. So one should expect banks to be the biggest beneficiaries of this move.

#9: The RBI will have to take a call on further rate cuts based on the prospects for inflation. Since retail inflation is already edging up (it was 5.6 percent in December 2015, not far below the promised 6 percent rate), it means the RBI may not be over-eager to cut rates further. At the very least, it won’t cut rates too quickly in 2016. There may be small cuts, paced farther apart.

#10: For investors, this is a sweet spot – as both equity and debt funds are looking attractive.