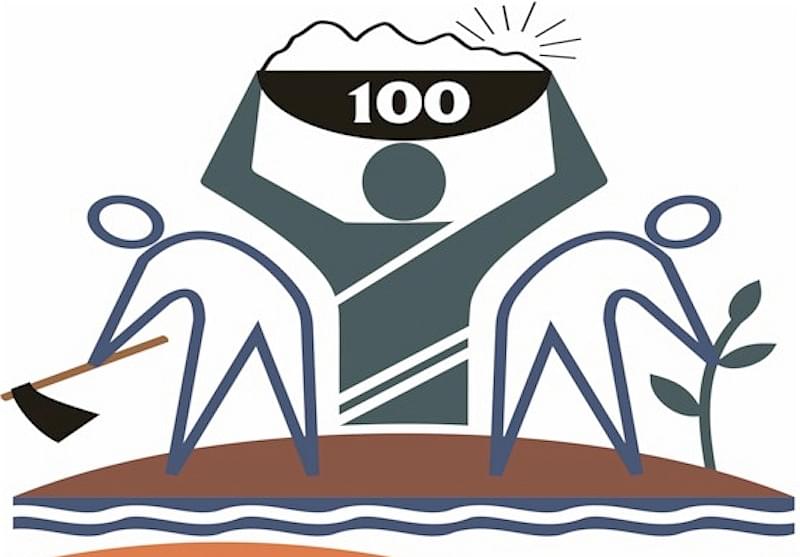 Writing for the Indian Express last month, the economist Surjit Bhalla observed that under Prime Minister Narendra Modi ‘India was firmly moving away from the anti-poverty policies pursued by all previous governments.’ The new approach, he wrote, made possible by technology, ‘is to get away from the Amartya Sen-advocated in-kind income transfers to some version of cash transfers.’

The largest in-kind poverty alleviation programme which the Indian government runs is the Mahatma Gandhi National Rural Employment Guarantee Scheme or the MGNREGS. As is too well known, the programme suffers from massive leakages and almost ubiquitous corruption. Jobs and income, both are siphoned by panchayat leaders and ghost workers.

However, with the current government’s digital push, there are solutions presenting themselves for such problems. In fact, the last economic survey released by the Chief Economic Advisor, Arvind Subramanian lists out the ways in which NDA government has indeed improved the running of the MGNREGS programme in the last two years.

This is how, as per the survey, Modi government has improved the implementation and the outcomes of the MGNREGS:

First, job cards of 10.9 crore active workers of the scheme were digitsed. On top of this, 8.7 crore of these had their cards seeded with Aadhar.

Second, 4 crore workers were brought into the Aadhar payment bridge

Third point is about how the Modi government is improving upon the transparency and accountability of the entire scheme. Since September 2016 alone nearly 39 lakh MGNREGS assets have been geotagged.

Fourth, nearly 95 per cent of the schemes wages were paid directly into the beneficiary’s accounts. This greatly cut down the leakages which had come to be taken for granted with the MGNREGS.

Fifth, close to 68 per cent of job cards were verified and updated.

Sixth, as the economic survey states, over the last two years the scheme has increased its focus on creation of durable assets, diversification of livelihood opportunities, selection of public works in congruence with other infrastructure programmes, and on natural resource management.