The Chinese Have Somewhat Managed To Restart Their Economy; Here’s What They Did 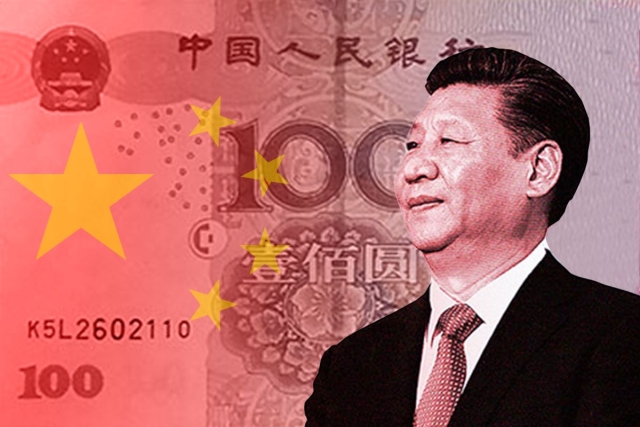 China has effectively managed to get ahead of the curve in terms of the Covid – 19’s economic disruption.

Factories across China have started manufacturing and this fact is reflected even in their official data.

However, of course, there have been concerns regarding the quality of their statistics.

Luckily, satellite images have come to our rescue as they help us gauge the extent of economic activity.

We use two important data points here: First is the VIIRS nightlights data for 19 January and 9 February presented below.

The decline in nightlight intensity is consistent with the lockdown that was announced in China. Therefore, indeed there was a decline in nigh-time lights activity in the month of February. We’re still waiting for the processed data for March from the VIIRS satellite.

Another similar datapoint that shows changes in the Chinese economy is the Nitrogen Dioxide Cover over China from the Copernicus Sentinel Data.

The data shows a significant reduction in the NO2 cover between December 2019 and February 2020 while it shows an increase in March 2020.

The interesting observation here is that the improvement is nowhere similar to the extent of normal cover compared to December of 2019, but there is a substantial improvement compared to February 2020.

This is an important fact as it highlights the possibility of a quick V- shaped recovery. It is worth mentioning that the official Purchasers Manufacturers Index too shows a swift V-shaped recovery as activity picks up for the month of March 2020.

So, how did China manage to do it?

Unlike some of the advanced economies, China’s fiscal intervention was fairly limited to only 1.3 trillion RMB which corresponds to 1.2 per cent of their GDP.

This is what has been approved till now and includes increased spending on epidemic prevention, massive production of medical equipment, accelerated disbursement of unemployment insurance and tax relief along with waived social security contributions.

The overall government expenditure would invariably be higher as more measures could be announced and that the revenue shortfalls et cetera would act as automatic stabilizers.

But the key issue is that on the expenditure front, the focus has been on conventional measures such as cash transfers and tax relief combined with an increase in spending on healthcare along with augmentation of medical production facilities.

This is consistent with what other countries have announced, even though the amount allocated is substantially lower than the USD 2 trillion by the United States with another 2 trillion USD being discussed for augmentation of their public infrastructure.

The same is true for the United Kingdom, which is looking at a fiscal stimulus that will very likely go much beyond 10 per cent of their economy.

Clearly, the Chinese have managed to quickly curtail the spread of the disease and emerged ahead of the curve even as they failed to warn the rest of the world about this pandemic.

On the monetary and macro-financial front, People’s Bank of China was swift to act in terms of injection of liquidity to the tune of 3 trillion RMB in February followed by an additional injection of 20 billion RMB towards the end of March.

These injections were done to avoid tightening credit markets and to safeguard financial stability. The central bank also provided rediscounting facilities to support manufacturers of medical supplies and daily necessities to MSMEs and agricultural sector at lower interest rates to the tune of RMB 1.8 trillion. These measures were combined with rate cuts by the PBC.

Additional measures focussed on relaxing regulatory requirements to provide financial relief by delaying loan payments, allowing higher non-performing loans by sectors affected by the pandemic and for SMEs along with issuance of bonds to finance SME lending.

These moves were complimented with increased fiscal support for credit guarantees along with flexibility in implementation of the asset management reform and easing of housing policies by local governments.

The Chinese policy handbook is similar to what has been announced by several other countries, even though it has been modest by global standards, especially when one compares it with US and UK.

Yet, we witness a significant revival of growth or a V-shaped recovery that highlights the efficacy with which government policies have been implemented.

While there is less difference in policy handbook, there is a greater difference in state capacity of different governments and, therefore, a key lesson would be to recognise these differences while designing appropriate measures for respective countries.

A V-shaped recovery should not be too difficult to achieve in India too, provided we get the policy response right.