This Budget Has To Be A Game Changer 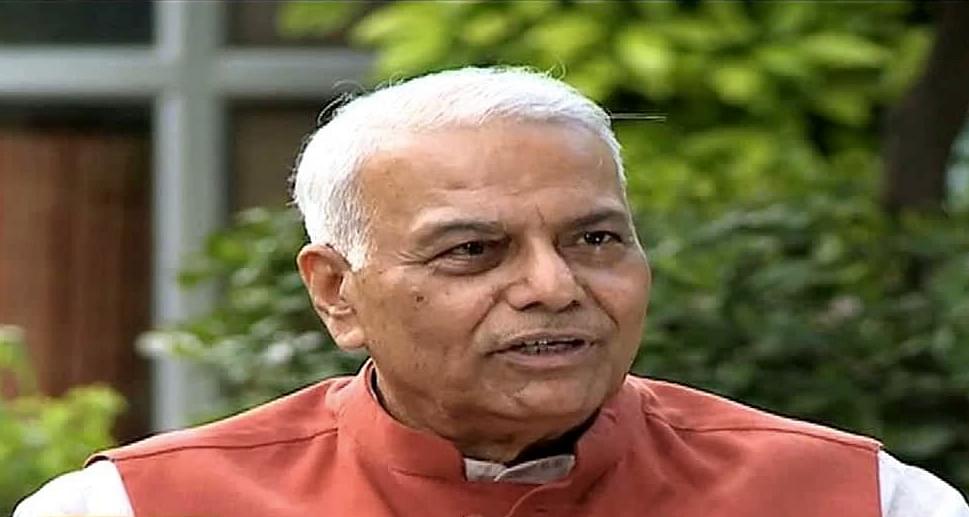 Great expectations are riding on Finance Minister Arun Jaitley’s first full budget. Everyone wants it to be a game changer. But will it?

Well, according to Yashwant Sinha, former finance minister who has presented six budgets, it will have to be. “It is inevitable that it will be a game changer; there is no escape from this,” he said speaking at a round table discussion on, what else, “Will this budget be a game changer?”, organised by the Delhi-based think tank Debating India Foundation – on Sunday.

The government, he said, cannot make any excuses for this budget being less than outstanding. It could take that line for the maiden budget presented in July, since that was presented less than two months after it came to office. “Now the government cannot take the alibi of not having enough time. It got a lot of time,” he said.

One of the biggest factors that will force this budget to be different, according to Sinha, will be the report of the Fourteenth Finance Commission which, according to media reports, has recommended devolution of 42 per cent of the divisible pool of central taxes to the states. That will mean shaving off at least Rs 1.30 lakh crore to Rs 1.40 lakh crore from the centre’s kitty. And that will mean the centre having that much less to spend.

So how is the centre to make up for this amount it will lose? “There will have to be game-changing ideas on the expenditure front,” Sinha said.

One of these relates to the transfer of central funds to states. Referring to a report of the parliamentary standing committee on finance which he heads, Sinha suggested that the plethora of centrally sponsored schemes should be wound up and the money transferred to the states. The centre, according to him, should be involved only in some flagship schemes relating to areas like health, education, irrigation, rural roads, or addressing regional disparities.

The shift to direct benefit transfer of subsidies is another game-changer on the expenditure front that he endorses.

But bridging the fiscal gap will continue to be challenging, especially since not just Jaitley but also Prime Minister Narendra Modi has committed to meeting the 4.1 per cent fiscal deficit target. So where will the money to kickstart the investment cycle come from? That, Sinha says, will be Jaitley’s biggest challenge. “The government will be hard put to find resources to fund investment and revive the investment cycle.” Sinha noted.

There’s no question of any game-changing moves on the taxation front, Sinha said. Since the government will have to pave the road for the goods and services tax, there will not be much scope for huge changes in indirect taxes, he pointed out. Only addressing issues of an inverted duty structure will be possible, he felt. On the direct tax front, he suggested that the Direct Tax Code be brought in as early as possible.

So where is more revenue going to come from?

Taking on Ashwani Mahajan of the Swadeshi Jagran Manch who spoke before him and tore into liberal economics, especially privatisation, Sinha said piecemeal disinvestment of government equity does not realise the true value of an enterprise; strategic sales do. This was the approach of the first National Democratic Alliance (NDA) government in which Sinha was finance minister and he rued that this approach was given up. Was it an indirect criticism of NDA-II? The policy of privatisation was given up by the United Progressive Alliance government but Jaitley has said that the present government is following the previous government’s approach on the public sector – outright sale of only loss-making and sick units and piecemeal disinvestment in profit making ones.

Since banks with stressed balance sheets were reluctant to lend, Sinha suggested reducing government equity in public sector banks to 33 per cent while retaining the control the government has with 51 per cent (another initiative of his in NDA-I) as another game changer Sinha advocated. This, he said, will provide headroom to the banks to raise more money from the market which they can then lend.

Other ways of raising revenues that Sinha suggested would be issue of bonds to non-resident Indians, on the lines of the Resurgent India Bonds and Millennium India Bonds that had brought in $10 billion during NDA-I.

Sinha also suggested that the government come up with some innovative ideas to monetise the gold that was currently locked up in bank lockers as gold coins or gold jewellery.

All this money could go into infrastructure and the housing sector, both of which have huge multiplier effects on the economy. “You must have investment expenditure, which will then translate into consumption expenditure.” Sinha also made a strong pitch for launching the Pradhan Mantri Krishi Sinchai Yojana, the irrigation scheme announced in the July budget with a provision of Rs 1,000 crore. Given that 60 per cent of agricultural land is rainfall dependent, assured irrigation, he pointed out, will revolutionise the rural economy.

Eminently sensible suggestions from someone who knows what he is talking about. Will the government listen? We will know on February 28.