US Withdrawing Trade Benefits For India: What Does It Mean, And Would It Really Cause Any Impact? 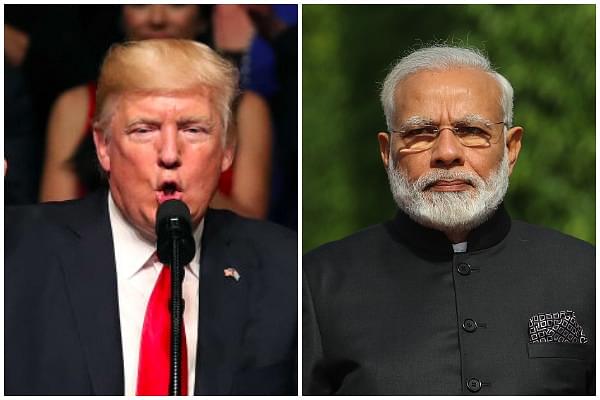 On Monday (4 March), the US President Donald Trump announced that India’s duty-free exports for around 3,700 items (though India uses benefits for only 1,784 of them) to the American market will end as it (US) has withdrawn the benefits of its Generalised System of Preferences (GSP) programme for India.

Even though Indian products worth $5.6 billion were covered under this programme, the duty benefit for these was reportedly only $190 million annually.

GSP dates back to the US Trade Act of 1974, under which, the US government selects a set of products from a group of 'poor countries’ and offers them lower-than-normal tariffs as compared to imports from all other World Trade Organization (WTO) countries.

India, Brazil are top exporters to the US under the scheme - this comes even after more than 90 per cent of Indian/Brazilian exports to America face normal US tariffs. By design, very few US imports benefit from the GSP - for instance, only $19 billion was covered under the scheme in 2016, which is less than 3 per cent of US’s total imports that could face a tariff.

There’s just one tariff slab under the GSP - zero. As there are no other lower tariffs on offer, most products such as agriculture and clothing are left out due to domestic politics. Hence, the products which do end up getting imported under GSP include gold necklaces.

There are also other conditions that foreign companies must comply with under GSP - “rules of origin” requirements which state use of enough locally sourced inputs which shoots up the costs of compliance, forcing most developing countries to not avail the ‘benefits’.

As seen, the provisions of this scheme are temporary and are under the discretion of the US government which leads to uncertainties limiting any real economic development benefits - this is because companies invest too little for export when they are uncertain of the future tariff they face.

Why Has The US Withdrawn It?

Trump administration’s claim for withdrawing these benefits is that it does not have equitable and reasonable access to India’s markets in numerous sectors and has also accused India of having problematic trade policies.

Trump has, on multiple occasions accused India of being a tariff high nation, criticising it for its allegedly high tariffs on American products, specifically Harley Davidson motorbikes. The US had also demanded for relaxation in norms for exports of medical devices and dairy products, which India had denied.

High tariffs have been a contentious issue between the two countries and has led to the Trump administration’s withdrawal of GSP benefits, which will become applicable after 60 days of the issue of a notification.

According to the US Trade Representative (USTR), New Delhi has been the top beneficiary of the scheme, and for the time being India has come out and said that it has no plans to retaliate.

India’s trade surplus with the US was $27.3 billion in 2017 - following which, due to US concerns, New Delhi has made efforts to narrow this deficit by purchasing oil and gas from the US for the first time in 2018 for an estimated $3 billion.

Farm, marine, and handicraft products will be among the worst hit - but according to the India’s commerce secretary, there will be no significant impact on Indian exports to the US. On the other hand, foreign companies will no longer buy parts and components currently supplied by US companies and workers to comply with the “rules of origin” requirements, which in turn will hurt US interests.

India is currently working on a trade package deal with the US, its top export destination in 2017-18, with exports worth $47.88 billion. Even though GSP’s withdrawal is not an alarming change for India, a middle ground has to be found soon, or else India will continually be at the receiving end of such blockages as it faced in 2018 for aluminium and steel.

Shivangi Uniyal is a staff writer.