Why Indian Pharma Sector Should Move From Generic To Innovation 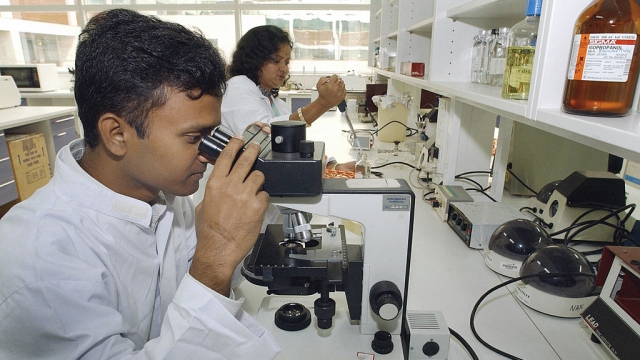 Under the leadership of Prime Minister Narendra Modi, the Indian government has shown that it understands the need to develop innovation in the country’s health care sector.

The government is due to announce a major reform of intellectual property (IPR) laws, which it sees as crucial for developing modern, high tech industries. Meanwhile, the ‘Make in India’ campaign and last government budget created a number of tax incentives and research and development (R&D) initiatives aimed at increasing private and public sector research investment.

Such reforms are overdue. India’s generic drug manufacturing industry constitutes a healthy 10 percent of the volume of the global pharmaceutical industry, but only 1.4 percent of the value. In fact, recent data from the World Intellectual Property Organization (WIPO) shows a fall in the number of patents granted to resident Indians, particularly after 2007. And all this while, the Indian pharmaceutical industry flourished under a trade restrictive market access regime, requiring foreign multinationals to abide by a stricter Section 3(d) clause of IPR Act, for them to get IPR protection in India.

If the pharmaceutical sector is to help propel India towards the next stage of economic development, it needs to be generating much more value, and that means inventing medicines instead of just manufacturing copies of those invented elsewhere.

The US pharmaceutical industry, largely comprised of innovative, R&D-focused companies, generates a direct output of $461,000 per employee in comparison to $149,000 on average for other sectors. In Europe, the pharmaceutical industry contributed an international trade surplus of $54 billion. It is no wonder that Western governments view these industries as major economic assets.

There is no reason why India cannot grow its own innovative bio-pharmaceutical sector. It has a well-developed scientific base, with a large number of highly skilled researchers and scientists. India is one of the six countries richest in biodiversity, and its 8,000 km-long coastline has a wealth of marine organisms that could provide fertile territory for drug research.

The country’s relatively liberal regulatory regime makes it a promising location for stem cell research, cell engineering and cell-based therapeutic R&D. Meanwhile, its well-established strength in information technology means that India is emerging as a leader in the use of computer science, statistics and mathematics to analyze and interpret biological data – crucial for modern biotech research.

While the Indian pharmaceutical industry is still dominated by manufacturing of drugs invented by (mainly foreign) companies, things are starting to change.

India is now becoming a serious player in vaccine innovation, for instance, with Hyderbad’s Bharat Biotech’s innovative H1N1 influenza and rotavirus vaccines and the two anti-malaria vaccines under joint development between Ranbaxy and Bharat Biotech.

Patients are also benefiting from changes in the Indian industry. Bangalore’s Biocon is close to releasing an insulin product that can be consumed orally. If successful, it could spell the end of the daily injections regime for around 387 million people with diabetes worldwide, including 67 million in India.

While these are early signs of success, the industry has a long way to travel. While its ‘R&D intensity’ (the amount it invests in R&D as a percentage of sales) has been rising for several years and now stands at 6 percent, it is well short of the 20 percent typical of Western pharma companies.

India spends just 1 percent of its GDP on research and development, with up to 80 percent of that money coming from the government. By contrast, about 75 percent of research funds in wealthy countries come from the private sector.

In highly innovative countries, the academic and private sectors collaborate constantly in their research, each leveraging the advantages of the other. While there is some collaboration in India, the two worlds remain largely isolated from each other. Simple rule changes in this area could bring the two closer together.

Another challenge is to provide a domestic market for local innovations. Other innovative countries tend to cover new drugs and technologies in their healthcare systems, for instance, which also improves the quality of care and health outcomes. Health insurance in India – where it exists – generally covers only older, less effective medicines, making it difficult for R&D companies to get a foothold in the market. On average, Indians spend around $160 on healthcare (annualized per-capita figure), of which only 25 percent is contributed by the government – a figure lower than many Sub-Saharan African countries.

These failings aside, one way to accelerate the transformation of Indian pharma manufacturers into R&D companies is for them to enter into international alliances with multinational companies. Such cross border alliances import skills, finance and knowledge which are not always locally available, giving Indian companies a shortcut to upgrading their ability to conduct R&D.

This is already happening on a modest scale, with the most recent example being Sun Pharma’s February tie-up with Astra Zeneca to promote and distribute its new anti-diabetes drug in emerging markets. But more tie-ups are needed to give Indian pharma a skills boost and bring new technologies into the country.

One thing foreign investors need in this sector is certainty over their intellectual property rights, which need to be clearly defined and readily enforceable. Despite the government’s focus on this area, recent Indian court decisions around patentability and compulsory licenses make potential investors nervous, and could put a brake on the sector’s development.

The opportunity is there: it is up to Indian policymakers to grab it.