Why Nemesis Is Heading Towards PSU Banks At Express Speed 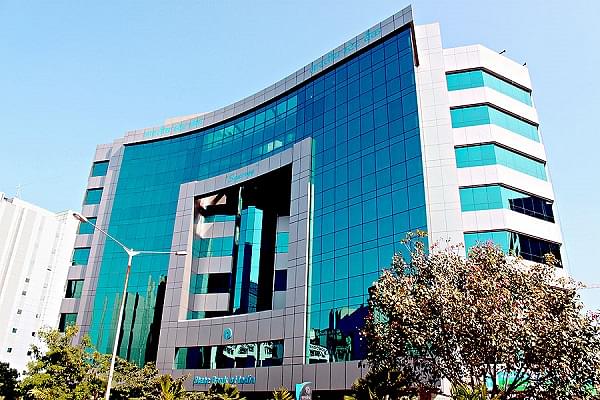 Technological change and competitive challenges are going to disrupt and demolish public sector banking as we know it, but there is little sign that the incumbents and their bosses are ready for it. The government’s “slowly, slowly” approach to public sector reform is doomed to fail, for the change ‎is heading towards us at express speeds.

It is doubtful if more than five or six public sector banks will survive the next decade without becoming a perennial drain on taxpayer resources. The coming change is going to be traumatic for them. The need of the hour, apart from emergency capital infusion, is privatisation and not just managerial autonomy, for time is running out. If five to 10 PSU banks are not to become unreformable white elephants like Air India or MTNL, the government must give divestment legislation total priority - even higher than GST - for this is about life and death.

Banking is about to shift from physical points of presence to the smartphone, aided by Aadhaar-enabled payments, cashless money transfers, falling transaction charges, and technology-driven revolutions. The mobile phone will replace ATMs, credit and debit cards, and even chequebooks and cash with the creation of the Unified Payments Interface (UPI) developed by the National Payments Corporation of India (NCPI). Branches are an unnecessary overhead beyond an absolute minimum.‎ Unfortunately, public sector banks are all overhead and no propeller - all fat and no muscle.

Once downloaded onto your mobile phone, the UPI will make your phone your “virtual address” and enable two-factor identification for any transaction. You can pay not only your utility bills or your cabbie but also your friend or son through the mobile phone.

To prepare for the digital future, new types of banks, from payment banks to banks enabled purely by technology, are coming into the picture. Their defining characteristic is that they will have few overheads like physical branches or multitudes of employees to run the show. An Airtel Bank or a Reliance Jio Payments Bank will be technology-led, with the mobile phone delivering most payment services, and thus needing fewer physical points of presence for customers.

A sobering statistic for regular banks: Airtel has more customers using its mobile phones than State Bank of India has using its ATMs and branches.

Nandan Nilekani, former Chairman of Infosys and the Aadhaar Unique ID Authority, says 12 major disruptions are threatening to disrupt banking and finance (see his full presentation here). Among them are these major ones:

#2: Credentials have moved from banks’ proprietary sphere to open spaces. When a bank gives you a credit card or a PIN number, it owns both; when transactions shift to mobile phones, the authentication factor moves to a third party beyond the bank. Effectively, you are in control.‎

#3: Switching costs are going down. Today, it is difficult for customers to change banks for various reasons. But with two SIM cards, mobile users can switch service providers with a simple click. As customers get wooed by multiple banks, customers can shop for the best rates from any bank using mobile interfaces. Whether it is a loan or an insurance policy or even a deposit product, switching will be easier in the future. Banks will have to compete harder for business. Easy money from current and savings accounts will shrink.

#4: Lending rates will be priced individually. Credit risk can be gauged not only from your individual credit score but from multiple records, including e-wallet and mobile payment behaviour. Credit will thus be offered on the basis of expected default risks. So rates will be individual-specific. Interest rate divergence will also narrow, as the market becomes more efficient. Currently, there is no rationale for giving the richest customers credit at throwaway rates while fleecing rural borrowers and small businesses through moneylenders or informal lenders.

Second generation mass disintermediation is here; in the first stage, the banking industry’s best customers raised money directly from investors; in stage two, all bank customers will be able to shop around for the best borrowing and lending rates from any player, whether it’s the bank or a financial company. Banks themselves could become faceless intermediaries, entirely dispensable.‎

#5: Business models are changing from fee-based to data-based. Microsoft still sells its software for a fee; Google uses its data to give you services free while charging advertisers for delivering the right customer to them. This model will impact banking too. They have to learn to use their data to build alternate revenue streams.

#6: PSU banks are losing both market share and market value. Occupying over 90 percent of the banking market some 15 years ago, their share is now dipping below 70 percent, thanks to an overload of bad loans. Their market valuation has taken a beating, with HDFC Bank alone exceeding the values of all public sector banks put together. SBI is valued as much as the rest of the public sector banks put together.

In this scenario, public sector banks, with their huge branch and employee overheads, and with their cumbersome decision-making processes, will be trying to compete with nimble new insurgents with no legacy problems. Goliaths will lose to Davids.

Time is at a premium for public sector banks. It is difficult to see more than a handful of them surviving the coming threat from new players and a private sector that is gaining in financial muscle.

Market valuation determines your ability to raise capital at good prices. The public sector banks, with their poor valuations, are thus going to be constantly hamstrung in raising capital, especially when government cannot provide adequate capital in a budget-constrained situation.

For most public sector banks, these may be the last years of independent existence.