Explainer: The Why And What Of Basic Income 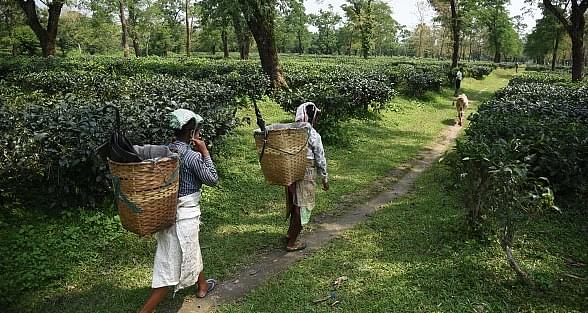 As the D-day for the union budget and the Economic Survey comes closer, the buzz around an acronym is growing. It’s called UBI or universal basic income and could signal a radical shift in the way welfare is delivered, going much further than the direct benefit transfer (DBT) or cash transfers that have been around for a couple of years now.

What exactly is UBI and why is it seen as desirable?

UBI is basically a fixed sum given to every citizen – poor or non-poor, unemployed or employed – regularly and without any conditions. It is meant to help cover spending on basic necessities.

In the West, the idea of basic income is becoming popular in the wake of growing job losses due to automation. It is seen as a form of social security that will ward off social tensions arising from unemployment and economic insecurity.

In India, however, it is being seen as an alternative way of delivering welfare. There is general consensus that the current method of delivering welfare is far from ideal. First, there is a problem of targeting. The eligible find themselves excluded and those not eligible get included. Second, where welfare takes the form of suppression of prices, not only does it distort the market but, as in the case of power and water, it is the better off who end up benefiting more than the poor or those at the margins. Three, where welfare takes the form of provision of subsidised goods, there is rampant leakage, diversion and corruption; the public distribution system (PDS) is a prime example of this. And, above all, it is not cost-effective. Remember late Rajiv Gandhi’s comment in the 1980s – that the poor get only 15 paise out of every rupee meant for them. Over a decade later, Arun Shourie, who had charge of the department for the development of the north-eastern region during the Atal Behari Vajpayee government, said if he dropped money from an aircraft, there would be greater chances of people getting it.

Then why not have just have DBT instead of UBI?

It may make more sense to give one lump sum payout instead of many separate payments under hundreds of different heads (yes, the number of welfare schemes runs into hundreds). Besides, to the extent that DBTs are purpose-driven and are conditional cash transfers (given only if certain conditions are met), there is immense scope for corruption.

So, people will get an income even if they don’t work for it? Won’t it be a disincentive to work?

That has been one major criticism against a basic income payout. However, the idea is to give an amount, which is not an insulting pittance, nor an unemployment dole. It should be enough to meet a major chunk of expenditure on basic necessities or get them out of abject poverty, but not enough to take away the incentive to work and improve their prospects. A basic income can be a kind of leg up for the poor to explore ways to move up the income ladder, once their subsistence needs are taken care of. Finding this balance can be tricky.

The argument that this will be a disincentive to work assumes, rather unfairly, that the vast majority of the poor are just content to have just their basic needs met and don’t want to improve their lives.

Economists have come up with different estimations of how much a basic income payout in India should be. Surjit Bhalla has suggested Rs 1,000 per person per month (which will work out to Rs 12,000 a year). Pranab Bardhan of the University of California, Berkley, talks about Rs 10,000 a year and University of Oxford’s Vijay Joshi has suggested Rs 3,500 a year.

But is it fair for Mukesh Ambani and Ratan Tata to get a basic income along with a casual labourer or a destitute person?

It does sound unfair and also unaffordable for a resource-constrained country like India. But universal is an essential feature of the basic income idea. Making it universal also avoids targeting errors that dog most transfers in India.

Sarath Davala, coordinator of the India Network for Basic Income (INBI), feels that in a country as big as India and given its developmental stage, it might make more sense to move to a UBI in stages, starting with a targeted universalism, focussing on the bottom 40 per cent and finding easier ways of targeting them.

Perhaps some self-selection system can be worked out where people who don’t need a basic income voluntarily give it up. This has, after all, worked in the case of the LPG subsidy through the Giveitup campaign. In any case, the government takes back from the well-off through income tax, so the moral problem is addressed in a manner of speaking.

But where will the money come from?

Economists feel it is not difficult to find money for a UBI.

Bardhan, whose proposal for Rs 10,000 a year is expected to cost 10 per cent of GDP, says withdrawal of a range of non-merit subsidies (he does not include subsidies on food, health, education, nutrition, environment etc in this) will result in a saving equal to 9 per cent of GDP. In addition, revenue foregone (basically tax exemptions for the businesses) amount to around 6 per cent of GDP; if even half of these are withdrawn and added to the savings from ending non-merit subsidies, this will be more than enough to meet the expenditure of a basic income.

Bhalla estimates that giving Rs 12,000 a year will be affordable, with the scrapping of PDS and NREGA (Rs 1.75 lakh crore) as well as the increased personal income tax collections after demonetisation (between Rs 1 lakh crore and Rs 1.5 lakh crore).

Guy Standing, coordinator of the Basic Income Earth Network, holds that if non-merit subsidies (he puts the figure at 8 per cent of GDP) and food subsidies, which any way don’t reach the beneficiaries (another 6 per cent of GDP) were phased out, a basic income would be affordable without slashing public social services.

Joshi bats for a combination of abolishing badly targeted welfare programmes and raising revenue through pruning tax exemptions, taxing agricultural income above a threshold and pursuing an aggressive privatisation policy for several years. All this, he estimates, will net more than 10 per cent of GDP.

Will basic income mean ending PDS and NREGA or free education and health for the poor?

Only Bhalla and Abhijit Banerjee of the Massachusetts Institute of Technology say so explicitly. Jean Dreze has warned against a premature push for basic income at the cost of other welfare measures. But introducing basic income and continuing with a host of welfare schemes does not seem practical or sustainable. But perhaps basic income can exist alongside some conditional cash transfers that push people towards a certain kind of desirable behaviour, like incentives for institutional deliveries, immunisation, investing in toilets and the like.

Won’t the poor squander the money they get like this, especially on alcohol? Anything free is hardly valued, after all.

This is a standard argument against not just basic income but cash transfers as well. Indian government experiments with cash transfers (the cash in lieu of subsidised food in Chandigarh, Puducherry and Dadra and Nagar Haveli) are just over a year old and there are no robust findings on this question, but SEWA Bharat had initiated pilot programmes in Delhi and Madhya Pradesh in 2011.

In Delhi, families in the low income area of Raghubir Nagar were given Rs 1,000 and had to give up their ration cards for a year. In Madhya Pradesh, all adult residents of 11 villages were given Rs 300 and all children Rs 150 each.

Far from drinking away the money or squandering it, people were found to have spent the money on buying more vegetables and fruits, milk and poultry products, spending more on education and better health care, investing in their livelihood (sewing machines, farm equipment, seeds). All this also increased economic activity in the area.

This is not to say that the money will not be spent on non-essentials. But to deny the poor a basic income on this ground alone denies them the right to make their own choices. It is an argument in favour of mollycoddling the poor and for a nanny state.

What is the international experience?

There is no national basic income programme anywhere.

In the United States, Alaska has been paying all residents a fixed amount since 1982. This is done through a permanent fund that is financed mainly by a share of revenues from exploitation of oil reserves.

The most recent example is that of Finland which, in January 2017, started an experiment to pay 2,000 people a basic income for two years; they will have to forego their other welfare benefits.

Switzerland mooted the idea of a basic income but it did not get majority support in a referendum held last year. The local government of Utrecht, a city in Holland, the Canadian province of Ontario and Scotland are all reported to be planning experiments in basic income.

A lot of entrepreneurs in the Silicon Valley are very taken up with the idea and one of them Sam Altman of Y Combinator, a start up firm, has initiated an experiment in Oakland giving 100 families an unconditional minimum wage. The GiveDirectly NGO has started a pilot in Kenya, which is set to continue for at least 10 years.

Will implementing basic income in India be easy?

No, it won’t. Such programmes are never easy to implement. Despite the government making big claims about the JAM (Jan Dhan, Aadhaar, mobile money), there are significant last mile challenges that even existing DBT and cash transfer programmes face. At a conference on DBT last year, there were complaints of a 40 per cent failure rate in Aadhaar-based bank transactions in NREGA. Money may get transferred into people’s accounts, but getting it out is a problem in rural areas, with the banking correspondent model not working as well as it should. There are reports about problems in fingerprint authentication in the case of manual labourers and iris scan in the case of aged persons. These issues will need to be addressed.

Finally, is the government going to make a move on basic income?

The answer to that will come only on 1 February during Finance Minister Arun Jaitley’s budget speech.