Why Socialists can win elections and Liberals can't 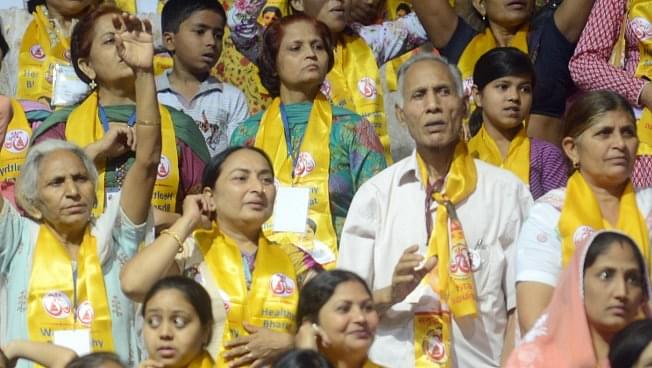 We liberals must give socialists what is their due. They are ready to leave their families behind; we aren’t. They talk to the larger, effective constituency; we don’t. They are not lazy; admit it, we are.

When you get into something but end up not getting what you wanted from it, you use an euphemism to describe your stint: Experience. I am an optimist, so I wouldn’t say I’ve wasted the last three years of my life chasing a chimera of vyawastha parivartan (systemic change). I’ve gained experience.

First Baba Ramdev and then K.N. Govindacharya promised India would change under their pressure, sharing with me revised versions of the Rashtriya Swayamsevak Sangh’s prescriptions for change. Then a senior journalist and close associate literally dragged me into the Aam Aadmi Party, forcing me to dump my ideological reservations against socialists Prashant Bhushan and Yogendra Yadav.

I came out of each of the three groups, following seriously discomfiting experiences in the company of those who dream of bringing back the glory of Gupta-Maurya epochs, and those who are simply control freaks, trying to impose the State on all affairs of individual Indians. But did I have a political choice when I made a foray into activism? At that time, could you have pointed out a political party with a reasonable chance of winning elections, which was pro-consumer?

The four-month new Narendra Modi government has yet to start building an India that is the diametrically opposite of Sonia Gandhi-Manmohan Singh’s ‘welfare state’. In his campaign speeches, Modi repeatedly made a pertinent observation that was a clear attack on socialists: Why is the eastern arm of the country lagging so much behind the western arm? Because, he reasoned, Indians from Punjab to Maharashtra never allowed a constituent of the elusive Third Front—comprising me-too socialist parties—rule any of their states.

Somehow this has never crossed the minds of activists obsessed with socialism who, ironically, come mostly from states like Bihar, Bengal, Odisha and eastern UP. One wonders what the Samajwadi Party, the Janata Dal (United), the Left Front for 34 years followed by the Trinamool Congress for the last three years and the Biju Janata Dal—which has been unable to engineer an industrial turnaround in the face of belligerent activism—have given the voters all these years that they want more of that style of governance, albeit with some tinkering of the prescription.

Of course, neither the Indian National Congress nor the BJP is blatantly capitalistic, but that they are less socialistic is undeniable. The first opens up the economy when there is a balance of payment crisis; the second dares not open the market for competition too much because socialism is still the more popular ‘ism’ in the country, and it can’t afford to lose the race of populism to the first.

Have you ever been invited to a seminar, a roundtable, a rally or a demonstration by followers of Ram Manohar Lohia or Jayaprakash Narayan? At the venue, look around and study the faces. They are mostly from Bihar and eastern UP. If the organiser happens to be a Marxist, you could see some Bengali faces as well, and a few visages from a non-eastern state: Kerala. The overall demographics inside the Bharat Swabhiman Andolan, Rashtriya Swabhiman Andolan and AAP aren’t any different. The trio may be headed by a settled Haryanvi, a migrant Tamizhan and a Haryanvi rootless wonder, but the cheerleaders in their shows are largely Bihari or Purvanchali.

If I was desperate to hit the streets in a bid to ‘change’ the face of India and I couldn’t join any of the groups above, I could do what many like us do, little political consequence:

Talking of Option C, a party of the type I have been close to in this period is the Lok Satta Party (LSP). A ‘team’ of the kind I have been observing from a distance for the same duration is the Freedom Team of India (FTI)—recently, they have formed a political party called the Swarna Bharat Party (SBP). As an observer in meetings convened by the LSP, I noticed how no member could spare time for organisational work except on weekends.

As and when a meeting was convened on a Saturday, these well-paid corporate sector boys would arrive all the way from Gurgaon, share politically unfeasible ideas, and leave. If the weekend comprised two days, Saturday was spent in a meeting where 15-odd guys spoke all at once and none listened, and there was no Sunday when they would hit the slums, explaining to the abject poor how economic liberty alone—and not a dole-delivering State—could extricate them from the rut.

The FTI members are a bit more mature, with a lot many of them having enough grey hair or bald pates on display. But they didn’t leave their drawing rooms or office canteens to communicate to the larger world outside. They talked among PLUs (people like us) who were already converted! Until recently that is.

A couple of months ago, I was elated to know that the team’s head, a bureaucrat-turned-advocate of classical liberalism, Sanjeev Sabhlok, met with a band of farmers in Rajasthan and successfully explained to them why the Indian Administrative Service must be disbanded. He reportedly asked them whether they could afford to pay their daily-wage labourers 12 months a year even when no crop season was on. When they replied in the negative, Sabhlok told them the IAS officers did a few months’ work but took home a year-long of salaries and perks. The farmers were convinced the IAS system should go.

Inspired by the example, some more of FTI/SBP members have left for distant villages and towns. Do I see an electoral prospect for them? Not so soon, given the similar professional profiles they have as the LSP cadre. There is one kind of liberalism an economic liberal has to overlook if he is looking for a political impact: Ayn Randism. Used to the high life, the gentry find it extremely difficult to overcome the ‘I’ and stop fending for their families to plunge into the precariousness of politics.

The Rajasthan experiment was a one-off case, maybe an abrupt rush of adrenaline, perhaps an effervescent soda that must fizzle out. Sabhlok can’t come flying every now and then from Australia, where he has settled after resigning from the IAS in January 2001, to cover the vast expanse of India’s poverty-ridden map. With the leader absent most of the time, motivation is bound to dip among his followers.

We liberals must give socialists what is their due. They are ready to leave their families behind; we aren’t. They talk to the larger, effective constituency; we don’t. They are not lazy; admit it, we are. Hence, socialists will win elections; we will lose them (if at all we fight), and the concept of a maai-baap sarkaar will continue to rule India.

There is only one way out of the siege. Develop a sponsorship model for your activists. Pay the families of the politically surcharged corporate executives as they go door-to-door explaining to the people: India is free but Indians aren’t. Everybody loves freedom. If this model is adopted, we will win one day.