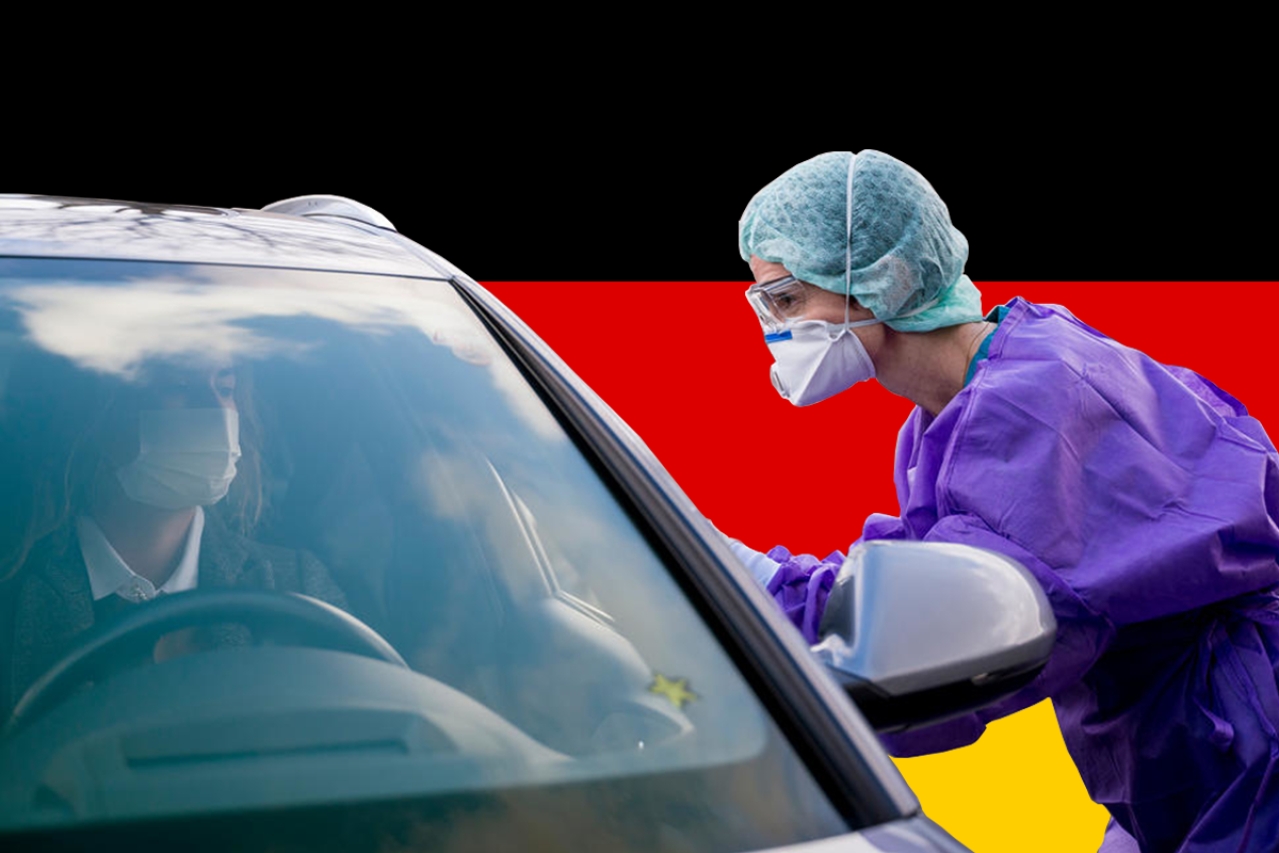 The coronavirus pandemic has spread like a wildfire in just a matter of weeks engulfing countries in every continent on the globe. The number of those infected with Covid-19, disease caused by the novel Coronavirus, stand at 2,44,523 today (20 March) with more than 10,000 fatalities.

Europe is now truly the centre of pandemic with deaths in Italy alone at 3,405 surpassing the official figure of casualties in China’s Hubei province, the origin of Covid-19. Cases are constantly and rapidly rising in other countries in Europe with Spain, Germany and France leading from the front.

But one statistic is surprising everyone: low mortality figure in Germany. The country has 15,320 cases at present, fifth highest in the World and third highest in Europe behind Italy (41,035) and Spain (18,077). But in terms of deaths caused by Covid-19, Germany is at the tenth spot.

Forty four people have died in Germany compared to 833 in Spain which has slightly higher number of cases. But even in France, 372 people have died while cases are much lower at 11,010. In the United States, which has 14,250 cases now, 217 people have died. Mortality rate due to Covid-19 is one of the lowest in the world.

Many arguments are being presented to explain this anomaly. Some reports have suggested that low death figures could be because of the fact that Germany is not conducting post-mortem tests and there is a good chance that if someone who was at home and died due to Coronavirus will be not counted in the statistics. Berlin’s Robert Koch Institute said, “We don't consider post-mortem tests to be a decisive factor. We work on the principle that patients are tested before they die.”

Giovanni Maga, director of the Institute of Molecular Genetics IGM-CNR in the National Research Council, said in an interview that “in Italy a person who tested positive while alive or post-mortem is counted as a coronavirus-death. I don't know if Germany or France follow the same criteria.”

Nassim Nicholas Taleb also wondered whether the difference in death rates between Germany and others could be because of how the former classifies “cause of death” (COD). “Is there a bookkeeping diff betw Italy & Germany as far as "cause of death"? If an Italian has severe pulmonary emphysema & dies while positive for Corona, Corona is the COD. In Germany? (sic),” he tweeted.

Even if this is true, it cannot explain such huge difference especially in the light of massive testing that the country is doing. This is facilitated by its huge network of laboratories. When Germany had 1,400 cases, it was conducting 35,000 tests each week. The capacity has now been extended to 1,60,000 tests a week.

“This is about capacity. The capacity in Germany is very, very significant. We can conduct more than 160,000 tests per week, and that can be increased further,” says Lothar Wieler, the president of the Robert Koch Institute in Berlin.

While Germany hasn’t taken as drastic steps as were needed to contain the virus initially, it is miles ahead in terms of testing which helps in early detection and diagnosis. Liberal testing criteria has also helped In the process. To give just an example about the head start that Germany got, TIB Molbiol Syntheselabor GmbH, a small biotech company alone developed diagnostic kits capable of testing four million people.

“The proportion of Germans, whether low income or high income, who reported unmet medical needs (in 2017) due to financial reasons, distance or waiting times was close to zero,” the OECD report said.

Germany also has one of the best capacities in critical care beds per population not just in Europe but in the world. Spain, Italy and France have 9.7, 12.6, 11.7 beds per 100,000 people respectively while the same for Germany is 29.2.

But when number of cases is low and capacity constraints are not that much (except Italy), this cannot be the chief reason for low mortality.

One of the biggest reasons then seem to be the demography of the infected patients. Most are young. As the Financial Times reports based on the data from the Robert Koch Institute, “more than 80 per cent of all people infected with the coronavirus are younger than 60.” As the data in the picture below shows, Germany has only two seriously critical cases while the same for Spain, France and USA is 939, 1122 and 64 respectively. This appears to be the chief reason for low mortality.

As Covid-19 spreads in Germany, this advantage can be lost if older people start getting infected but it has a better public health infrastructure than other countries in Europe and will be able to cope with it better.

Get Swarajya in your inbox everyday. Subscribe here.
Tags:
179 Shares