Assam’s NRC Updation Exercise: The Uncertainties And What Needs To Be Done 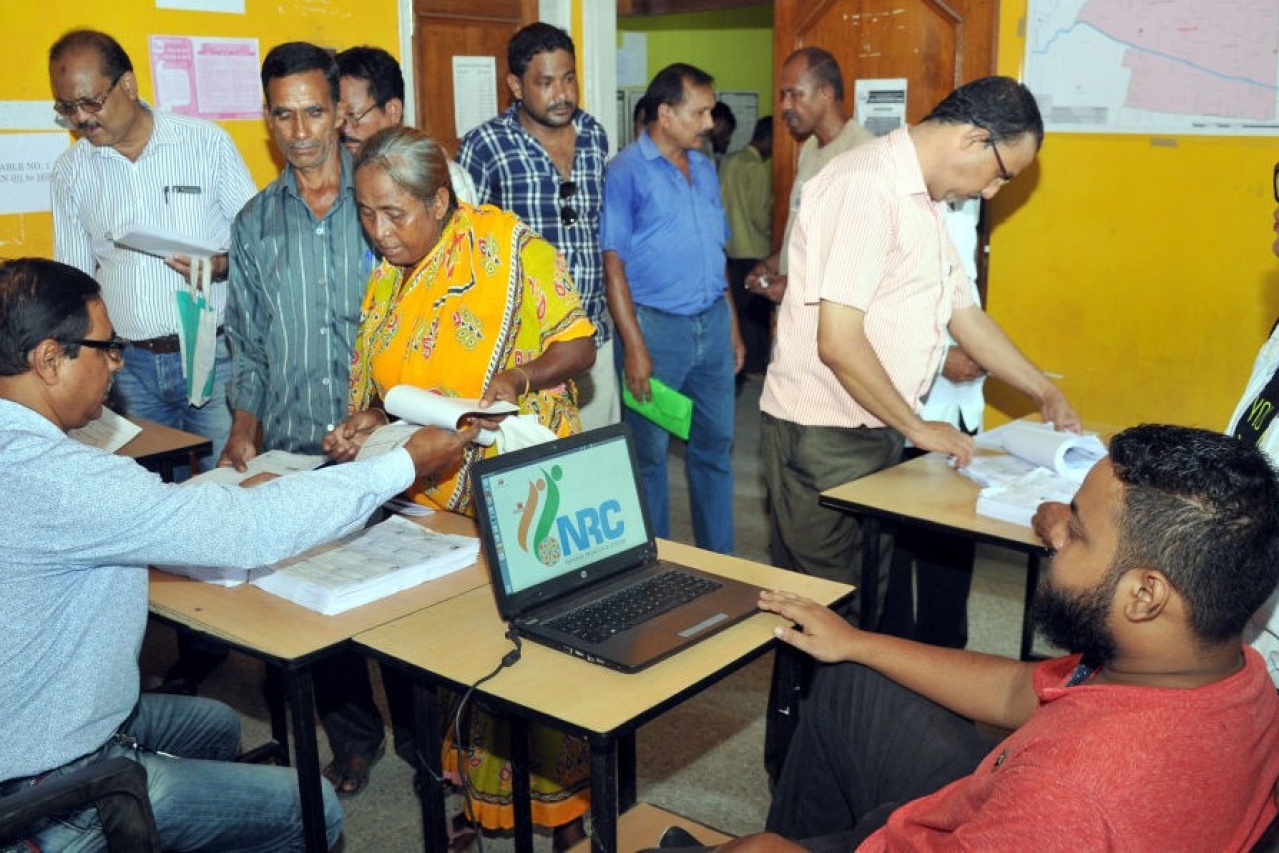 Even as the updating of the National Register of Citizens (NRC) enters the final phase in Assam, a lot of questions are being raised in various quarters about the fate that will befall all those whose names will not figure in the final NRC. The queries are genuine and need answering, more so because the governments – both in New Delhi and Dispur – have not thrown any light on this crucial aspect of a highly contentious subject till date.

It is a given that all those whose names do not figure in the final NRC will take legal recourse. Helped by various organisations, both political and social, they will file appeals before the Foreigners’ Tribunals and, if their cases are rejected by the tribunals, before the Gauhati High Court and then the Supreme Court of India. That means a long legal battle is in the offing and there is no way these deemed ‘illegal Bangladeshi immigrants’ (or IBIs) can be proceeded against.

‘Detection and deportation’ of IBIs has been a long-standing demand of the people and many organisations in Assam, and an oft-repeated promise of many political parties seeking votes in the state. Even Prime Minister Narendra Modi had, during the 2014 Lok Sabha poll campaign, promised to send back all IBIs to Bangladesh. While many may argue that it was just a figure of speech, the fact remains that deportation of the millions who have entered Assam illegally from Bangladesh down the decades is an impossibility. That’s because Bangladesh refuses to acknowledge them as its citizens and, hence, there is no question of Dhaka accepting these people back on its soil.

Nor can, as many agitated voices assert, these IBIs be ‘pushed back’ into Bangladesh. These voices say that all the IBIs can be herded into detention camps at the International Border and forcibly ‘pushed back’; what they don’t realise is that Bangladesh’s border guards will simply refuse to let them in. And the resultant international outrage such an ‘inhumanitarian act’ will trigger will definitely singe New Delhi as well as Dispur.

So what is to be done with the IBIs? The first step, and on which a broad consensus exists, is to strike their names off the electoral rolls of Assam. In other words, disenfranchise them. And since they cannot be sent back to Bangladesh, they should be given work permits and relocated to other parts of the country. There is no way Assam should be left to shoulder the burden of hosting these IBIs indefinitely, even though successive political regimes and Assamese politicians (primarily belonging to the Congress) who have ruled the state all these decades are to blame for allowing the unrestricted influx of immigrants from Bangladesh and even encouraging this influx for their narrow political gains.

But this – disenfranchising – is easier said than done. Opposition political parties like the Congress and the Trinamool Congress will staunchly oppose such a move (again for their narrow political gains) and there is a lack of clarity if such a move would be legally tenable. There is an immediate need to examine this legally and, if required, pass the requisite laws (the Presidential ordinance route seems to be the only viable one here) so that the process of disenfranchisement of all those whose names do not figure in the final NRC is automatic and immediate.

Not all IBIs are illiterate daily wage earners or agricultural labourers and marginal farmers. Many, especially the children and grandchildren of those who migrated illegally from Bangladesh, are educated and hold jobs (even government jobs) or are professionals like lawyers, doctors, architects and engineers. They will, of course be disenfranchised and if given work permits after being relocated away from Assam, will they be assisted in finding employment? And for how many years will they stay disenfranchised? These are very important questions that merit immediate answers; but the answers will not be forthcoming because the governments in New Delhi and Dispur don’t have the answers and have not even started thinking on these lines.

There is one more crucial aspect that needs urgent attention. It is an undeniable fact that an overwhelming majority of IBIs in Assam (and Bengal as well) are Muslims. The uncertainty they are facing at present, and their vulnerability due to their disputed status, is being taken advantage of by radical Islamist organisations funded by Wahhabists. These organisations, say intelligence inputs from Assam, are radicalising the Muslim IBIs. The signs are visible across the districts of Assam which have seen dramatic demographic changes due to the influx of IBIs: the mushrooming of Wahhabi madrassas and mosques, the infiltration of radical Urdu-speaking, Deobandi maulanas hailing from Uttar Pradesh and Bihar, women in burqas, men in flowing beards and all following a puritanical and regressive lifestyle.

The grave security threat posed by this radicalisation of a large number of people settled in sensitive border districts of Assam cannot be overstated. And this is what requires urgent action. More than anything else right now, the governments in New Delhi and Dispur need to act in tandem to tackle this threat. The first step would be to shut down all the illegal madrassas and mosques in these districts and put an immediate stop to all foreign funding of these institutions. The state government needs to carry out an intensive survey and audit to identify all radical Wahhabi maulanas preaching the puritanical and regressive version of Islam and expel them from these districts. And then start the process of de-radicalising these IBIs.

The NRC updation exercise presents a good opportunity to stem and reverse the growing radicalisation of Muslim IBIs. It will be easy to wean away those whose names do not figure in the final NRC from the pernicious influence of the Wahhabi maulanas and institutions. It needs to be realised that much more than the burden posed by a few million non-citizens – and for a large country like India with a growing economy, this burden is not too big – it is the Islamisation and radicalisation of the IBIs that is a much graver problem. This issue needs to be tackled, and the NRC updation exercise presents a good opportunity to do so.

Get Swarajya in your inbox everyday. Subscribe here.
Tags:
36 Shares