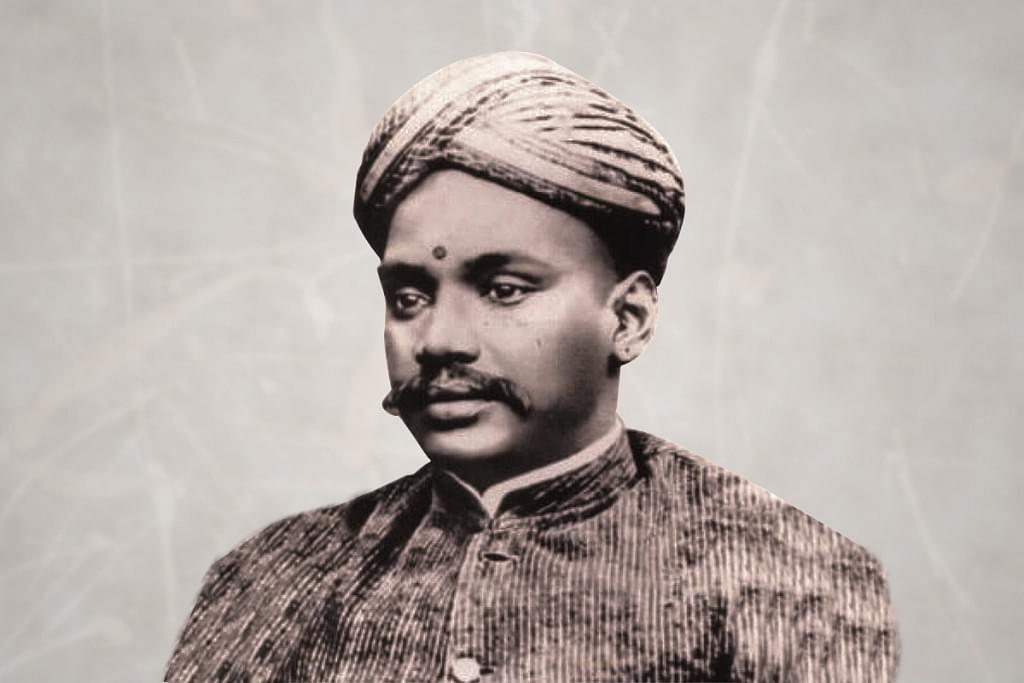 On 12 May 2020, Prime Minister Narendra Modi announced a new mission for the country — Atmanirbhar Bharat. It means creating a self-reliant India.

It is not a goal that can be achieved as an event but a mission that constantly renews itself with new challenges and opportunities. It involves not just economic capital and resources, not just knowledge capital and resources but also spiritual and social capital. It needs coordination of all these in the service of national renaissance.

In 1906, VOC launched the Swadesi Steam Navigation Company (SSNC) challenging the colonial government-facilitated monopoly of British India Steam Navigation Company (BISNC) in the trade route between Tuticorin and Sri Lanka. Though liquidated in 1911, what astonishes one is not only the way VOC toiled to create this company, which threw down an economic challenge to colonialism, but also his futuristic vision that was incorporated in the stated aims of SSNC, and among which we find the following:

It is very clear that the vision of VOC went beyond running a mere commercial Swadesi company and involved creating a transformational network, challenging the civilisational and economic dominance of the colonial world order that existed.

What is also clear from history is that the British realised the danger and went to extraordinary levels to suppress the budding movement.

They threatened the share-holders, cajoled them and tried corruption. They jailed VOC and tortured him. Ultimately, SSNC got liquidated in 1911.

But they could not erase the visionary fire that was ignited by VOC. In the chambers of the hearts of millions of Indian patriots through generations, that fire has been kept alive.

Industrial Family For The Welfare Of All

V O Chidambaram Pillai, who was initially inclined towards a mechanistic sayavad, was initiated into real practical Vedanta of patriotism as sadhana by Swami Ramakrishnananda, the direct disciple of Sri Ramakrishna.

Ignited with patriotism, not unlike Arjuna galvanised by Gita, VOC came back home with the mission of Swadesi — self-reliant India.

He started two sanghas: one for the weavers and another, a Dharma Sangha. In this endeavour, he was supported by two great souls — Swami Abhedananda and Bhai Paramanand.

In terms of creed, they belonged to different traditions but in terms of nationalism they worked unitedly.

Along with these two sanghas, VOC established a Swadesi warehouse as well.

Along with the sanghas, he created the ‘Madras Agro-Industrial Society’ as a ‘Limited Company' for:

It is quite interesting here to note that VOC took into account the artisanry, which is essentially the unorganised traditional sector.

Decades later, in independent India, it was Dattopant Thengadi (1920-2004), the founder of Bharatiya Mazdoor Sangh (BMS), who insisted on recognising this sector in the study of labour problems. He called it the Viswakarma sector.

In fact, this is a sector that can play a great role in national technological self-sufficiency if proper attention and scientific upgrading is given to them.

VOC designed the Madras Agro-Industrial Society's shares such that they could be bought at lower prices and in instalments, so that the workers and peasants could become shareholders and contribute to society.

According to Sri Ma P Sivagnanam, himself a freedom fighter, a great devotee of VOC and also his biographer, this was started on 11 October, 1921. But most probably it was started around 1905 along with his other sanghas.

This is perhaps a proto-conceptualisation of the Employee Stock/Share Ownership Programme (ESOP).

In modern times, it was Louis Kelso (1913-1991) who developed the concept of ESOP in 1956. This was more due to the impact of both the Great Depression and the labour unrest in the West.

In the Indian context, BMS, with its kernel concept of "nationalise the labour, labourize the industry and industrialize the nation" sees ESOP as "an effective means of labourizing of the industry".

It is fascinating to see that VOC seems to have worked on the same lines namely — infusing patriotism to the labour force — in the farms, in the mills and also in the unorganised sector; labourising the Swadesi industries through facilitating the purchase of their shares by the workers and then industrialising the nation for self-sufficiency.

Unfortunately, social capital today denotes the caste-centred economic activities. But real social capital is the ability to transcend narrow caste barriers network and work for a larger mission and a spiritual vision.

The understanding of true social capital in relation to national movement came for VOC when he met his guru Lokmanya Bal Gangadhara Tilak at Indian National Conference, Surat. Lunch had been arranged at the back room. Tilak, Aurobindo Gosh and Chidambaram were there.

Having known that we belonged to different castes and creeds and thinking that my Guru might not like to sit and take his food with us, that Surat friend asked my Guru, "May I arrange to serve you the meal in the next room?" My Guru promptly replied "All patriots are of one and the same caste and creed" and sat amidst us and took his food with us. That is his so-called orthodoxy.

The next demonstration of how truly positive capital works in national rejuvenation happened again at the very house of his guru Tilak whom he venerated as a ‘Maharishi’. Being at Bombay and facing British-induced hurdles in ship purchase for the Swadesi navigation company, VOC had sought the help of Lokmanya. The latter did help in ship purchase. Years later, VOC stayed at Tilak’s home. This is how VOC registers his memory of the stay:

I fear I will be wanting in gratitude if I do not express a word about treatment that was accorded to me during my stay with my Guru. For a few days in the beginning, he used to sit with me during my morning and evening tea and during my noon and night meals and to take his drink and diet with me. His drink and diet were those of diabetic patients. Although I did not like their flavour and taste, he used to ask me to taste a little of them every time he drank and ate with me. When I got acquainted with his relations and friends in his house, I preferred to go, sit and take my noon and night meals with them. Even then he used to go to me and ask me how I liked the meals etc. Neither he nor any of his relations or friends ever asked me to what caste or creed I belonged. In short, every one of the inmates of my Guru's house including my Guru treated me as the master of the house. I have not received such kind and respectable treatment even in my father-in-law's house.

In all these experiences of VOC, what we see is that the mighty hurdle of jaati, as a structural and functional force of stagnation and as a source of fissiparous tendencies, has been transcended most effectively not by worrying about it but by tuning oneself to the greater mission of national liberation and nation building.

In fact, in the contributors to SSNC, one sees a cross-section of the society. Pondy Durai Thevar was the head of the company. Salem Vijayraghavacharyar was the legal consultant and Janab Muhammad Fakir Sait provided Rs 2 lakh of the initial investment of Rs 10 lakh.

This spiritual vitality inherent in the Rashtra Dharma of India is the real social capital of India.

The immediate post-independent Indian state was enamoured by Western-centric socialism and its leaders bet on the Soviet horse during the Cold War. Later, when socialist pipe dreams lay shattered, India opted for ruthless globalisation. Surely, it was a great leap forward from Nehruvian stagnation. But it also brought in problems.

Meanwhile, China, embracing the non-Asiatic communism, emerged as a problem for human freedom. Today, it has reinvented itself as a coloniser with Marxist justification for Han supremacism.

In such a situation, from 2014 onwards, India started standing up to the prevalent world order of Western civilisational hegemony. From his ‘Look-East’ policy to building the International Solar Alliance, one sees the vision of VOC resurface in an updated version in the vision of Prime Minister Modi.

Again there may not be a single path to national rejuvenation. People differing in their approach to national development should not see the other as an enemy. This too was a lesson that VOC learnt from Tilak which is very much relevant today.

I said, ' ... It is true that different men in our country have different views about (obtaining Swaraj). But what are we to do?' Lokmanya Tilak replied in the following terms - Let each patriot do what he deems best for his country. Let not others put obstacles in his way. There is room in our country for different kinds of men and for different kinds of activities. One need not clash with other. Let all acts of construction go on, whatever they and their forms may be. Let not others obstruct those acts. Let no one be disheartened by his failures or sufferings in the course of his work to attain Swaraj. Failures will bring knowledge and success.

VOC followed this advice of Tilak all his life. When the Gandhian movement became mainstream and Tilakaites were pushed to the periphery and even when he himself could never accept Gandhian way, VOC never ever openly condemned it. He even presided over a meeting of Congress after the Gandhian take over.

What is true for Swarajya is also true for Atmanirbhar Bharat. Sustainable self-reliance for India does not have a single path.

Thus, one can say that in the national-liberation and nation-building toils of V O Chidambaram Pillai, we see a proto-synthesis of the nationalised labour vision of Dattopant Thengadi and Atmanirbhar mission of Narendra Modi.

That such a visionary’s 150th birth centenary happens on the same year as we celebrate Amrit-Utsav of Indian Independence is a blessed coincidence and an occasion to redeem ourselves to the pledge of a self-reliant Bharat.