Why Covid-19 Is Great News For Big Tech 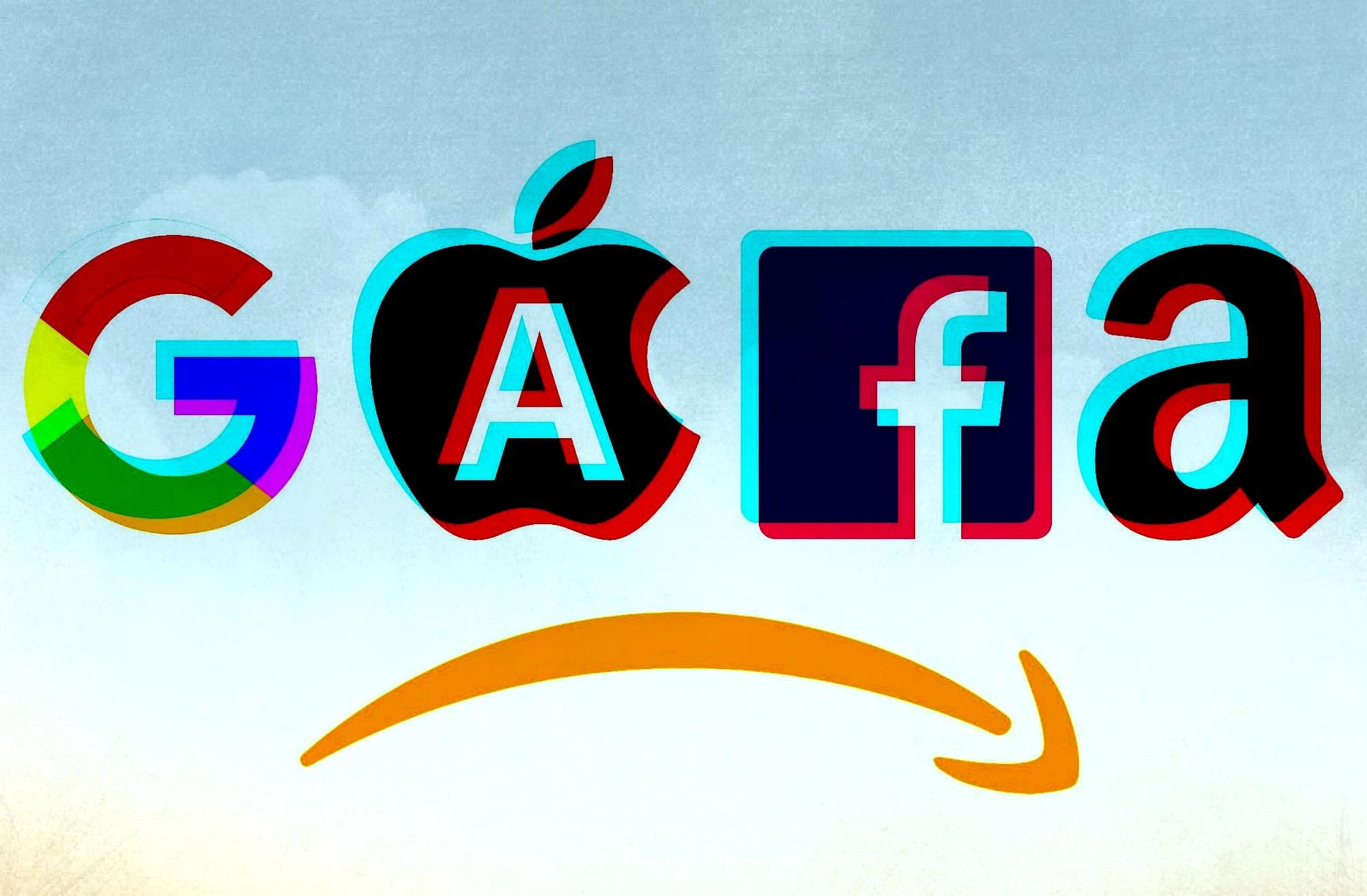 For a virus outbreak that has registered, globally, more than 1.4 million cases and more than 80,000 deaths as of today (8 April), a silver lining is as hard to come by as genuine numbers from the Chinese mainland.

However, as workers in the healthcare industry fight on the frontlines against Covid-19, it is Big Tech that is leading an invisible war to flatten the curve.

As late as February 2020, many Democrats were pitching for breaking up Big Tech. They argued that the breaking up of Alphabet (Google’s parent company), Amazon, Facebook, and Apple amongst others would somehow aid the democratic principles the US was built on by allowing small companies to thrive, and by putting an end to digital marketplace monopoly.

Merely weeks later, Big Tech is proving how wrong they were.

Countries throughout the world have now employed tech solutions to tackle the exponential growth curve that has rendered the routine economy helpless. The general idea behind these solutions is to slow the spread of the virus and flatten the curve.

India recently launched the ‘Aarogya Setu’ mobile app. The app, apart from conducting a basic self-assessment test, informs the user if they are in the vicinity of any person tested positive for Covid-19.

The privacy policy of the app states that when the mobile or handheld device on which the app is installed comes in the vicinity of another mobile device with the app, the app collects the personal information from the other device along with the time and the location where the phones were in close contact. The record is continuously updated, thus registering all the other persons one may have come in contact with.

The app’s privacy policy also states that the information shall be stored locally in the app, and will be employed by the government of India in an anonymised fashion for the purpose of study, report generation, heat maps curation, and so forth. Users have to allow the app to access the device’s bluetooth and GPS.

Essentially, the app tracks our movement, and assuming the lockdown is removed on 15 April, will be able to track who we meet, where we meet them, and for how long. Also, the app expects users not to share falsified data as a gesture of goodwill.

However, there is nothing unusual or worrisome about ‘Aarogya Setu’, for the Facebook app has been doing the same for four-five years now.

What is unusual is the Indian government, usually late to tech parties, joining the bandwagon of employing non-personal data sets (NPDs) and being unapologetically clear about how and why they are collecting the data. The app already has at least 10 million Android users.

India is not alone, however, in deploying digital public health measures.

South Korea, famous for the testing spree it went on, used the footage from CCTVs and credit card data to track down the members of the Shincheonji Church group, more than 200,000 of them.

Taiwan, meanwhile, integrated the health and other private databases in order to help the hospitals, clinics, and even pharmacies in the country with the travel information of their patients.

Israel and Italy employed location tracking measures, similar to Aarogya Setu, to track patients. Singapore had robots taking care of the quarantine centres and the United Kingdom developed a device that tracks symptoms of Covid-19 along with the outbreak, thus helping people avoid areas of significant outbreaks.

Hong Kong issued electronic wristbands to all the new arrivals to ensure they do not violate quarantine.

However, none of these nations come close to China which employed the might of its digital surveillance programme to flatten the curve — or perhaps, to flatten anyone disagreeing with the surveillance.

China, after using the surveillance programme to suppress the information about the virus, deployed tools that included neighbourhood monitors, logging movements and temperatures of individuals, accessing mobile phone data, and travel history from rail and flight data to track down potential Covid-19 cases.

Using the prowess of the companies backed by the state, China ensured that people had to present government-issued identification to buy tickets for railway, airlines, and SIM cards. Facial recognition tools were deployed to check if people wore masks, or if they wore them correctly.

The buck didn’t stop there. Colour-coded smartphone apps were used to segregate people into three colours — green (free to travel through city checkpoints), orange and red (subject to restrictions on movement).

Using the data from the top three telecom networks of China, namely China Mobile, China Telecom and China Unicorn along with other information, a digital history was constructed for millions of citizens, enabling their tracking.

The same data was then passed on to local administrations, and other volunteers which ensured the last-mile tracking of the citizens. While the foot-soldiers of the Chinese dictatorship reached out to every potential case, it was the tech that enabled a search that was as elaborate as looking for a planet with life in an alien galaxy.

In the beginning, the West scorned the digital measures deployed, but once the virus caught up with them, many observers found themselves marvelling the efficiency of the Chinese regime.

The Western observers or even administrators cannot convince themselves to duplicate the methods employed by China or even Taiwan. The latter, in order to track integrated public and private databases, with data ranging from health to travel, to narrow down any potential cases.

In the United States or European Union, the mere thought of doing the same would be equivalent of a crime.

The Big Tech, however, has not shied away completely, and are using NPDs to assist the government, local administrations, and citizens in the fight against Covid-19.

Facebook is working on a ‘data for good’ programme that aids the curb of the outbreak by mapping population movement. The programme includes disease prevention maps that help researchers understand how the virus may spread, co-location maps that reveal the probability of people coming in contact with each other, movement range trends that help administrators evaluate the success of a lockdown.

Google has launched its own version of movement range trends in the form of mobility reports that capture data from users’ locations. The site presents data for various countries across a range of dates.

However, Facebook’s big breakthrough is the social-connectedness index which uses friendship data of people in one location, city, or town with respect to the entire country to predict how the movement of people could influence the outbreak of the virus.

This tool could be essential in monitoring the spread of the virus in case of a staggered opening, one that US President Donald Trump desires.

While Apple has launched a screening website and app, helping people conduct a basic self-assessment test, Amazon has been the biggest facilitator for social distancing by cutting down people’s trips to the grocery stores and ensuring the delivery of online orders.

In one of its blog posts, the company stated that they were looking to hire 100,000 people in delivery and warehouse sections to ramp up the delivery infrastructure in these distressing times.

There is also the Covid-19 nobility data network. It is a network of infectious disease epidemiologists in universities across the world collaborating with tech companies to work around the Covid-19 response. The network uses location data from mobile devices to present anonymised data sets for the use of local administrations.

Even as the US anticipates positive cases going into millions, the surveillance is restricted to NPDs or anonymised data sets alone, thus sticking to the liberal principles of the West.

While this may not ensure the effectiveness witnessed in China, it does legitimise the presence of GAFA companies and the argument to not break them, as some Democrat senators were arguing in their campaign as recently as February 2020.

The pace with which investments are being made by Amazon into its delivery infrastructure, or the collaborations facilitated by Facebook, or the deployment of the Google ecosystem for location tracking is unthinkable in terms of scale and investment for any smaller company.

The buck does not stop here, for going forward, the likes of GAFA would compete for markets like India where the focus could (must) move towards indigenous capacity building or in markets like Africa and South America where they would have to encounter significant Chinese influence.

A tech trade war, even before the Covid-19 outbreak, was anyway imminent. Covid-19 will merely accelerate it.

Already, China is pushing forward its digital version of the Belt and Road Initiative (BRI), which includes funding for telecom networks, e-commerce, mobile payment systems, and big-data projects across the world. Over $17 billion has already been extended in such loans and investments.

Recently, over a phone call, Chinese President Xi Jinping told Italian Prime Minister Giuseppe Conte that China was willing to contribute with Italy to a ‘health silk road’ as an extension of its BRI which would include solutions pertaining to telemedicine, robotic surgeries, and other digital healthcare programmes.

Thus, in the long tech-trade war that is anticipated between the US and China, the likes of GAFA would be critical to US’ interests and breaking them into small companies, as some have been arguing, would be against national interests.

Also, the work being done by Amazon, Google and Facebook to assist the government’s fight against Covid-19 furthers their cause to exist as a technology ecosystem and to not be broken up.

After 9/11, where more than 3,000 people died, digital surveillance in the US and other parts of the world received significant intellectual and monetary investment.

If that investment was the equivalent of landing a rover on the moon, the investments in digital health measures would be equivalent to landing a human on Pluto, and the Big Tech will have the biggest role to play here as well.

For Big Tech, the Covid-19 has ushered a new era. It may have begun with something as simple as location tracking but it will go as far as integrating artificial intelligence with a national healthcare system in markets like India and the United States.

Covid-19, while validating the existence of Big Tech in its current form, has also given it its next big disruption — the digital healthcare industry.

Turns out, there is always room for opportunity in calamity.