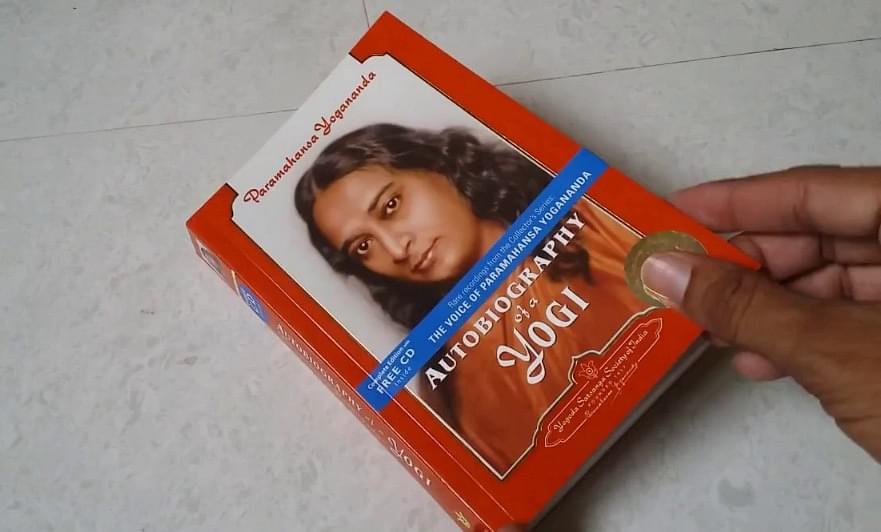 ‘Autobiography of A Yogi’ can fuel motivation and imagination for futuristic storylines.

Have you seen the latest Star Wars movie – The Last Jedi? Do you remember the scene, when Luke Skywalker explains to Rey what the 'force' is? Rey realises that the force is an energy field that exists between all living things; it also exists within her and that through meditation she can learn to unleash and control the force.

Did a part of you recognise the old wine of Advaita Vedanta in a new bottle? I did. After all, the core of Advaita Vedanta is the teaching that the individual atman (soul) and the infinite universal force/consciousness (brahman) are one and the same and, through meditation, one can access this universal force. When I discovered the movie’s premiere showing earned $45 million, I could not help but feel that themes such as these should be basic precepts of India’s movie industry. Yet, it is not so. Is it because of our inexperience in the art of story-telling? Obviously not. Many Indian movies can shine as bright as any other on this front. Where we are lagging behind is in storylines that involve futuristic/technological themes.

Hollywood movies such as The Matrix, Star Wars and Avatar seem to be incorporating ideas from Indic philosophy into their futuristic storylines with extreme dexterity, widespread viewer enjoyment and huge economic gains.

So, why are we unable to bat well on our own turf? In the West, specifically the US, many of the ideas of Indic philosophy have long enjoyed cultural resonance and have been woven into many movie storylines. Consider the 2016 movie Dr Strange based on an American comic book character introduced in 1963. The central character (Dr Strange) learns magic from his Himalayan-born ‘guru’. With other obvious references to eastern mysticism, the movie earned close to $700 million in US. The point I wish to make, is that it takes decades to build a successful ecosystem requiring contributions from many, many storytellers. Once a flourishing ecosystem of like-minded authors and their stories has been created, we will begin to see these stories translate into box-office hits. But how do we usher in futuristic plots and storylines within the domain of desi storytelling?

The agent of change could be as simple as our ancient heritage. Some time ago, I wrote about how dharmic plots have inspired a whole new genre of stories - dharmic fiction. Dharmic fiction is defined as fiction based on aspect(s) of the dharmic Jeevan darshans and/or dharmic literature such as Puranic literature. What we need is a sangam (confluence) of science and dharmic fiction. Such a synthesis could be the foundation for an entirely new genre of stories. The sangam of science and dharmic fiction could explore familiar issues such as time travel, parallel universes, aliens, artificial intelligence, but with the tadka (tempering) of philosophy to add depth and complexity to plotlines. So where would you look for inspiration for such sangam? Since this novel sangam is my creative suggestion, it seems logical that I offer some concrete examples of my vision.

There is a plethora of dharmic literature to fuel motivation and imagination for futuristic storylines. One unusual source is The Autobiography of a Yogi (published 1946). The chapter titled ‘The Resurrection of Sri Yukteswar’ is an intriguing one wherein Yogananda discusses how Sri Yukteswar (his late guru) materialises out of thin air and tells him about life in other lokas (worlds) such as Hiranyaloka (the golden loka). Sri Yukteswar details the existence of astral life forms that inhabit Hiranyaloka. The astral life on Hiranyaloka appears eerily similar to the intelligent cloud in the book The Black Cloud, written by British astrophysicist Fred Hoyle (published 1957). In that novel, a sentient cloud approaches Earth, but unlike the noble astral beings, it attempts to terminate all life on the planet by blocking off the Sun.

Moreover, the resurrection of Sri Yukteswar itself is spookily, similar to the resurrection of David Bowman in the 2001- A Space Odyssey series (published 1968). In that series, the character of David Bowman dies early in the storyline, but his consciousness lives on in a different realm. Later, he is able to resurrect himself, much like Sri Yukteswar, and saves an Earth spacecraft from imminent danger. While I am not aware of any overt acknowledgement of Yogananda’s influence on sci-fi writings, it is not entirely unlikely that Yogananda’s influence spread far beyond the realms of religion and philosophy. Yet, his book and perhaps other dharmic texts that describe alien life (Yoga Vasistha?) can definitely prove to be inspiration for budding novelists.

Another area that authors of this sangam genre can perhaps explore is artificial intelligence (AI). In Western stories, robots are often portrayed in one of two roles; (i) logical machines which are essentially extensions of the computer or (ii) killing machines hell bent on destroying humanity. I believe there is a lot of room to explore here. A sufficiently intelligent machine would recognise that logic is relative and it will try to understand the dharmic philosophy. But then what will be the robot's dharma? What if we face a tripartite conflict where we have aliens, humans and AI facing off? A sufficiently advanced AI may face a choice of whether to ally with humans or aliens. Again, what would the dharma of the AI be, and what would be the rules that would govern our ways?

AI and alien life are only two ideas that could be developed. Granted, they may not be the best ideas, but they serve as a starting point for discussion. There is no dearth of themes to pursue. In the book, The Yoga of Time Travel, physicist Dr Fred Wolf explains some of the perplexing ideas of time travel that are part of the Puranic kathas and yet seem to be very much aligned to some of our current understanding of time as defined by the theory of relativity. However, the most interesting hypothesis that Dr Wolf puts forward is that teachings of yoga are pertinent to time travel. If indeed only the mind, but not the body, can transcend time what implications would that have for us? If one uses this as a limiting parameter in sci-fi stories, what kind of plots can we create? All these remain open questions and inspiration for storytellers who wish to tie Indic thought with sci-fi.

Before I end, I would like to note one important issue – dharmic fiction is not dharmic literature. The latter represents the corpus of religious literature that belong to one or more of the eastern faiths, while the former is an entirely new creation that takes inspiration from the latter. This inspiration is meant to enrich our lives through a respectful imitation of some of the core dharmic principles and ideas. The very naming of the genre as dharmic fiction was meant to provide clear demarcations between the two. To those who feel that this amounts to plagiarism of dharmic literature or an attempt to supplant it, I would like to point to the ancient saying which states that “all that is not shared is lost”.

Dr Aloke Kumar is currently an assistant professor at the Indian Institute of Science, Bangalore.