Fossil Ain’t Fossilised: David Mackay On Sustainable Energy And Why The ‘Sufficiency Of Renewables’ Can’t Be Absolute 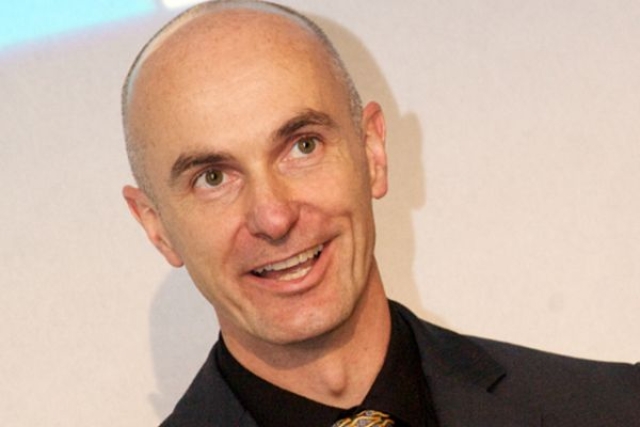 The discourse on the sufficiency of renewable energy can be taken only up to a certain limit, says Mackay

It is undoubtedly true that there is a great deal of hype and misinformation surrounding renewable energy. Sir David J C MacKay, FRS, FInstP, FICE (1967-2016) sought to clear this situation in his much-acclaimed book Sustainable Energy - Without the Hot Air (2009).

This book, described by Bill Gates as “one of the best books on energy that has been written” is a free book and can be downloaded here. For those who don't have time to read, a one-hour video presentation on the book can be accessed on YouTube here.

For the most part, Sustainable Energy is written in a very elementary fashion such that a twelfth grader can understand it. The final section of the book uses more advanced arguments that would need a college physics or engineering education to grasp.

This section can be safely skipped by laymen without losing out on the book's main points. This may be one of the clearest books on the energy issue (Prof Vaclav Smil of the University of Manitoba makes equally clear-eyed observations in his books on energy, but his exposition needs specialised understanding).

In this book, MacKay addresses the fundamental question: can we completely get off fossil fuels and live sustainably on renewable energy sources?

To answer this, MacKay uses his home country, the UK, as a reference point. He tries to estimate how much energy every person in the UK on average consumes and how it can be supplied by renewable sources. Key forms of consumption he considers are transport (cars, planes, freight), heating and cooling, lighting, information systems and other gadgets, food and manufacturing.

The main categories of sustainable energy sources considered are wind, solar (including photovoltaic, thermal and biomass), hydroelectric, wave, tide, geothermal and nuclear (he cautions that it is not clear whether nuclear is really “sustainable”).

MacKay quantifies the energy consumption in the kilowatt-hour (kWh) which is “one unit” in electricity bills. He talks in terms of energy per day as kilowatt-hour per day (kWh/d).

MacKay shows that a car travelling 50 km per day with a mileage of 12 km/litre consumes approximately 40 kWh/day. Similarly, making one trip a year by plane from London to Cape Town consumes 30 kWh/day/person. And so on....

On the production side, MacKay shows that on-shore windmills can produce 20 kWh/d/p. Solar panels on rooftops yield about 5 kWh energy per day per person, while PV farms can yield about 50 kWh/d/p. And so on....

MacKay presents the final balance sheet which shows that the net energy demand per person in the UK is 195 kWh/d. The energy possibly contributed by renewables comes to 180 kWh/d/p.

But there are caveats: In calculating the renewable energy production, economic, social and environmental constraints were not considered. It was further found that most green investments would be country-sized — i.e. they would cover a significant fraction of the country.

Furthermore, not all green production would match the demand. As MacKay memorably puts it: “You can’t power a TV with cat food, nor can you feed a cat from a wind turbine. Energy exists in different forms – chemical, electrical, kinetic, and heat, for example.

For a sustainable energy plan to add up, we need both the forms and amounts of energy consumption and production to match up. Converting energy from one form to another — from chemical to electrical, as at a fossil-fuel power station, or from electrical to chemical, as in a factory making hydrogen from water — usually involves substantial losses of useful energy.” These losses have not been taken into account.

Not only that, MacKay compares his estimates with more accurate estimates given by several institutions and shows that those more accurate estimates have more pessimistic forecasts: agencies like the Institute of Electrical Engineers, the Tyndall Centre, the Interdepartmental Analysts Group, and the Performance and Innovation Unit suggest that only 20-50 kWh/d/p can be generated through renewables.

Clearly, it follows that MacKay's conclusions are bleak: Britain's present lifestyle cannot be sustained by (its own) renewables alone. So what else can be done? He suggests a three step approach:

“First, we electrify transport. Electrification both gets transport off fossil fuels, and makes transport more energy-efficient. (Of course, electrification increases our demand for green electricity.)

“Second, to supplement solar-thermal heating, we electrify most heating of air and water in buildings using heat pumps, which are four times more efficient than ordinary electrical heaters. This electrification of heating further increases the amount of green electricity required.

“Third, we get all the green electricity from a mix of four sources: from our own renewables; perhaps from “clean coal;” perhaps from nuclear; and finally, and with great politeness, from other countries’ renewables.”

MacKay's conclusions hold for the UK. Now, India is a different country altogether. Its demands and production are not the same as that of the UK. For instance, India's energy consumption is about 20 kWh per day per person compared to UK's 125 kWh/d/p.

But Indian policy makers seem to have taken a leaf from MacKay's book. Certainly, India is giving a big push to electric vehicle (EV) technology. India is planning to shift to EVs by 2030. A natural question that arises is: How will EVs reduce carbon emissions when the electricity is still fossil-based?

MacKay gives a surprising answer: EVs have electric engines which are more efficient than petrol engines and effective emissions of EVs are 100 gCO2 per km (which includes carbon dioxide emitted during electricity production) which is as good as the best fossil cars. Hence, “switching to electric cars is already a good idea, even before we green our electricity supply.” (Italics added).

Of course, MacKay does not go into the economics of EVs (which are at present very expensive) and the economics of installing charging stations for the EVs. According to a recent Outlook Business article, Mahindra's e2o costs around Rs 9 lakh (primarily due to the lithium ion battery technology).

The same article quotes an expert saying that the capex per charging station works out to around Rs 500,000 - Rs 700,000 in addition to Rs 1.1 million per EV. Hence, transition to EVs is a challenge to be overcome.

India is also going big on solar power. MacKay is not gung-ho about solar options for the UK because of its gloomy winters, but it might be just right for a sunny country like India. One problem with solar (as with wind) is the intermittency which needs proper energy solutions.

It must be remembered that the electricity grid can only transmit electricity and not store it. The only large-scale storage known now is pumped storage (shoving water from a downhill lake to an uphill lake and then regenerating electricity using turbines like the ones in hydroelectric power stations).

Another problem with solar is that photovoltaic panels are made from toxic rare earth elements and when the time comes to dispose of them or replace them, it is going to create an environmental disaster.

Any economical plan for sustainable energy, according to MacKay, needs to look at nuclear power. Sustainable Energy was written in 2009 — before the 2012 Fukushima nuclear disaster — and now nuclear options seem to have been abandoned in Europe. But India is still seriously exploring nuclear options.

MacKay also strongly espouses clean coal technology, wherein the carbon dioxide emitted from coal-based power plants is captured and sequestered in underground reservoirs and mines. But this has not taken place on a commercial scale anywhere in the world.

This is due to the essential question: who will bear the cost of carbon capture and sequestration? If the power plants themselves have to pay the costs, electricity prices will roughly double!

To summarise MacKay's point of view: we cannot sustainably live on renewables alone. We desperately need to look at options like clean coal technology and nuclear power. Whatever option we ultimately decide upon, the final investments will have to be country-sized — occupying a large fraction of the country. This conclusion would hold as much for India as it would for the UK.