Historic Privacy Verdict: Here Is What The Judges Said 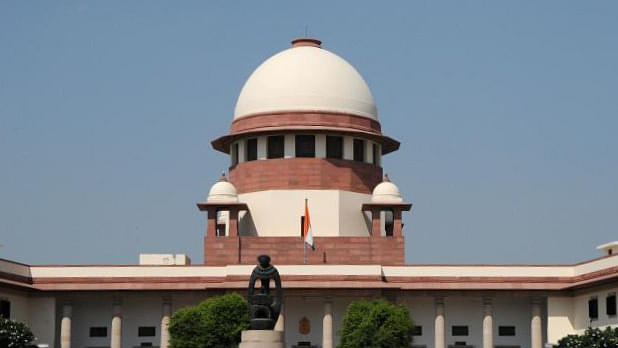 In a historic judgement today (24 August), a nine-judge Constitution bench of the Supreme Court has unanimously declared privacy as a fundamental right guaranteed under Article 21 and Part III of the Constitution of India.

Headed by the Chief Justice of India, J S Khehar, the nine-judge bench overruled the previous two judgments delivered by a six-judge bench and an eight-judge bench of the Supreme Court, which had ruled that privacy was not a fundamental right.

The court has declared that right to privacy is protected as an intrinsic part of right to life and personal liberty under Article 21 and as a part of the freedoms guaranteed by Part III of the Constitution.

Here is what the judges said in the 547-page verdict:

In his judgement, Justice D Y Chandrachud said information technology today governs virtually every aspect of our lives and the task before the court was to impart constitutional meaning to individual liberty in an interconnected world.

“While we revisit the question whether our constitution protects privacy as an elemental principle, the Court has to be sensitive to the needs of and the opportunities and dangers posed to liberty in a digital world,” Justice Chandrachud wrote in his judgement, possibly referring to the debate around Aadhaar.

The judgement, most detailed of the nine judgements, cites decisions in multiple cases such as M P Sharma v Satish Chandra and Kharak Singh v State of Uttar Pradesh. It also weighs in on verdicts given in the United States, Canada and South Africa in cases related to right to privacy, and also discusses the definition of privacy under European Convention on Human Rights and the European Charter. He has also taken into consideration various criticisms of the privacy doctrine.

Following a detailed analysis, Justice Chandrachud concluded that life and personal liberty are inalienable rights and inseparable from a dignified human existence. The dignity of the individual, equality between human beings and the quest for liberty, he writes, are the foundational pillars of the Indian Constitution.

“Life and liberty are not creations of the Constitution. These rights are recognised by the Constitution as inhering in each individual as an intrinsic and inseparable part of the human element which dwells within,” Justice Chandrachud writes, adding that privacy is a constitutionally protected right which emerges primarily from the guarantee of life and personal liberty in Article 21 of the Constitution.

In his judgement, Justice J Chelameswar has answered these questions.

“I am of the opinion that for answering the present reference, this Court is only concerned with the question whether SUBJECTS who are amenable to the laws of this country have a Fundamental Right of Privacy against the State,” he adds.

Justice Chelameswar says the state should not have unqualified authority to intrude into certain aspects of human life and that the authority should be limited by parameters constitutionally fixed. However, he has also said that no legal right, including the fundamental right to privacy, can be absolute.

“The limitations are to be identified on case to case basis depending upon the nature of the privacy interest claimed. There are different standards of review to test infractions of fundamental rights. While the concept of reasonableness overarches Part III, it operates differently across Articles (even if only slightly differently across some of them). Having emphatically interpreted the Constitution’s liberty guarantee to contain a fundamental right of privacy, it is necessary for me to outline the manner in which such a right to privacy can be limited,” he writes, elaborating his point.

In his judgement, Justice S A Bobde says privacy eminently qualifies as an inalienable natural right, intimately connected to two values whose protection is a matter of universal moral agreement: the innate dignity and autonomy of man.

“The first and natural home for a right of privacy is in Article 21 at the very heart of ‘personal liberty’ and life itself. Liberty and privacy are integrally connected in a way that privacy is often the basic condition necessary for exercise of the right of personal liberty. There are innumerable activities which are virtually incapable of being performed at all and in many cases with dignity unless an individual is left alone or is otherwise empowered to ensure his or her privacy,” he writes in his judgement.

Citing multiple cases, Justice R F Nariman has said the fundamental right to privacy resides in Article 21 and other fundamental freedoms contained in Part III of the Constitution of India.

“M P Sharma (supra) and the majority in Kharak Singh (supra), to the extent that they indicate to the contrary, stand overruled. The later judgments of this Court recognizing privacy as a fundamental right do not need to be revisited. These cases are, therefore, sent back for adjudication on merits to the original Bench of 3 honourable Judges of this Court in light of the judgment just delivered by us,” he writes in his judgement.

Justice Abhay Manohar Sapre has endorsed the judgements written by Justices Chelameswar, Bobde, Nariman and Chandrachud in this case.

Justice Sapre writes that right to privacy is part of the fundamental right of a citizen guaranteed under Part III of the Constitution. However, he also states that it is not an absolute right and is subject to certain reasonable restrictions.

He writes that right to privacy has multiple facets, and, therefore, the same has to go through a process of case-to-case development as and when any citizen raises his grievance complaining of infringement of his right.

Justice Kaul, in his judgement, writes that right to privacy is a fundamental right and protects the inner sphere of an individual from both state and non-state interference, allowing an individual to make autonomous life choices.

He states that right to privacy is embedded in Part III of the Constitution and highlights that it can’t be absolute.