India Is Better Off With Self-Employed Uber And Ola Drivers 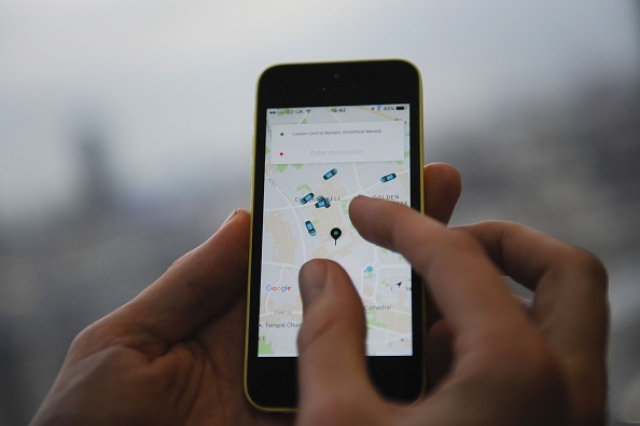 Ride-sharing market is essentially a freelancing platform for drivers.

An employment court in the United Kingdom on Friday (28 October) ruled that Uber can no longer classify its drivers as ‘self-employed’ and that it would have to pay them a national living wage and holiday pay as well. This could result in the 40,000 drivers in the UK claiming holiday pay, pensions, and other government mandated allowances from the ride-sharing giant. Cyclists employed by a food delivery app called Deliveroo, recently demanded that they be classified as employees rather than self-employed.

While the situation in the UK is certainly different from India, if a similar ruling were to be delivered, it would certainly be disastrous; for the app, the driver and the commuter.

In India, while Uber and its desi counterpart Ola do mandate certain requirements from its drivers such as a licence to drive commercial vehicles (with a yellow number plate), a commercially registered vehicle, and clearance from the local police, it does not employ drivers per se.

The ride-sharing market is essentially a freelancing platform for drivers. To give an example:

Say, people who are good at writing want to make use of their skill. They prepare an impressive showcase of their previous writings, blog posts, et al. Then they create an account on an online website like elance or Freelancer.com. Depending on their luck and the clients’ requirements, they may or may not get engagements. They may be more successful on one website than the other. They are not employed by either the website or the client. They are merely contracted or engaged by the client with the website acting as a middleman.

Now, coming back to the ride-sharing market, Uber and Ola are exactly the same as Elance and Freelancer. They provide the driver a platform to reach out to a client. The driver owns or rents the vehicle and operates it. Earlier, Uber used to provide a mobile phone and deduct the cost in monthly instalments from the driver’s earnings, now it lets the driver purchase his own device. The driver can chose to go offline and not accept any more rides at any time. There is no minimum amount to earn or number of rides to perform per day, although there is a minimum for receiving a bonus. On an Uber trip in Gurgaon, the driver asked me to end the trip midway, and book through Ola, which he accepted and then we continued. He made two trips, got his bonus, and I paid more or less the same amount. A simple win-win situation. It is not uncommon to find cabs operated by Meru or Karnataka State Tourism Development Corporation (KSTDC) in Bangalore operating through Uber or Ola, though this might be a violation of the terms with Meru or KSTDC, but not Uber and Ola.

If Uber and Ola are forced to pay a holiday pay in India, the situation could result in three opposite scenarios:

1. If the driver has to take the same day off, say in the event of a government holiday, he may not be able to drive that day, resulting in losses, even though he is getting paid to not drive.

2. If the driver takes a day off on Uber, gets his holiday pay, but chooses to be active on Ola instead. He does the converse when he takes off with Ola.

3. The court or government (whoever authorises such an inane decision) force drivers to either choose Ola or Uber causing the driver to lose out on more rides and the commuter to not get enough cabs.

The Uber-Ola platform is very simple. It gives the driver a platform to engage with the client. In turn, the passenger pays through the app which keeps a part of it as commission and passes on the rest to the driver. In case of cash payments, the driver has to pay the commission amount to the service provider. Uber’s receipt even explicitly mentions at the bottom that the bill was ‘Issued on behalf of’ and mentions the driver’s name. The platform also enables competition. Competent drivers get a better rating, which in turn results in them matching a better passenger. Complacent drivers will get lesser trips. Drivers, when not on duty with either platform, can chose to be available on hire for other purposes. A relative of mine, till recently, employed a driver. Then, the driver bought a car, signed up for Ola, and now my relative takes a cab to work. The driver makes multiple trips during the day, and picks up my relative at night and drops him back home. Now, he owns two cars, one driven by his brother, and plans to purchase two Tempo travellers, which he wants to lease out to Ola as Ola Shuttle, ZipGo or rBus. However, if he is treated as an employee of Ola, this would make things difficult for him.

If Uber or Ola was asked by the government or judiciary to treat its drivers as employees or not self employed, and force them to pay extra allowances like salaried employees, the consequences could be disastrous. In addition to the three scenarios mentioned above, it would result in more complications. Drivers would become complacent, since they’ll anyway get an allowance from the company. The company would have to specify a minimum number of working hours for the drivers, which would eliminate the flexibility that attracts the drivers in the first place. Paying drivers the extra allowance would become an extra expenditure, which will have to be passed on to the customer, resulting in increased fares. The net result? Ride-sharing would become unaffordable for the middle class, which is the core market for Uber and Ola. If it becomes unaffordable for the passenger, they will have to switch to alternative means of transport, which could mean:

· Lesser trips for drivers, making it difficult to pay the EMIs they took to purchase their cars.

Uber and Ola are already being harassed by our antiquated laws, and if such judgement or law comes into effect, nobody is going to benefit.