‘Indian Higher Educational Institutions Are Now Waking Up To The Opportunities Of Having An Internationally Diverse Student Body’: Vinay Sahasrabuddhe 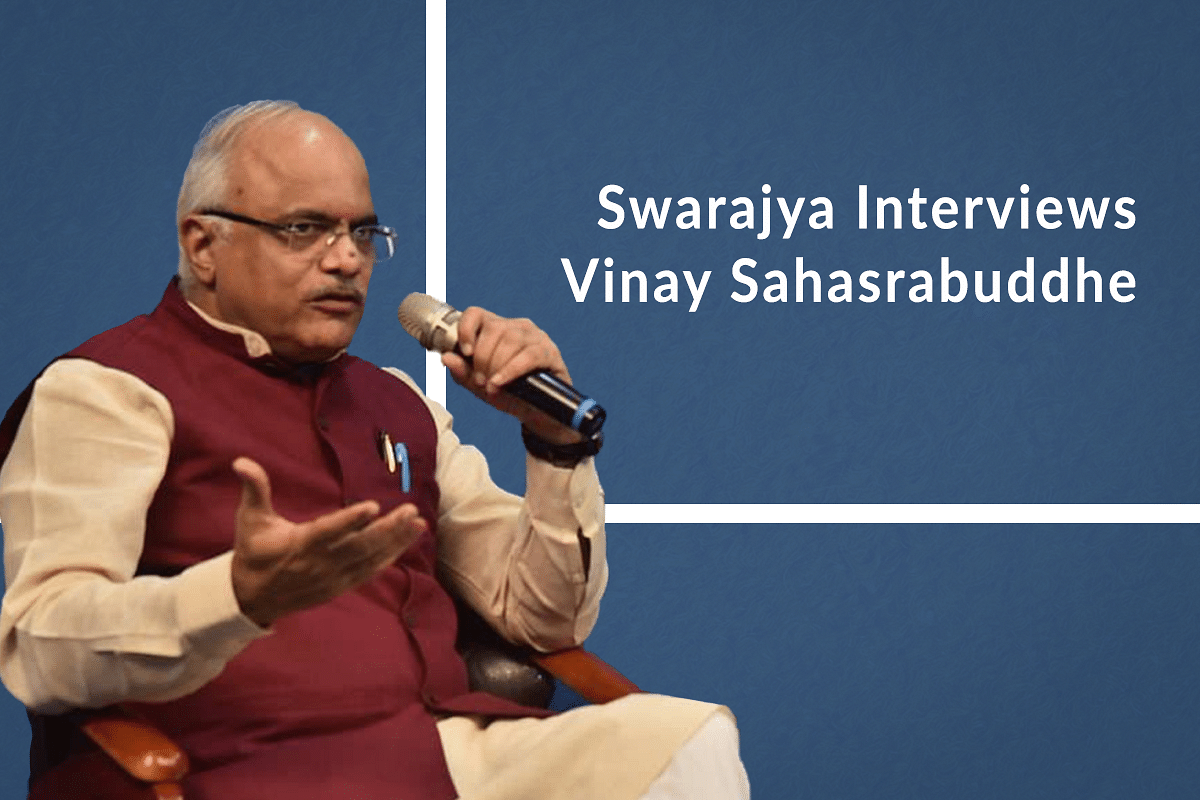 The Indian Council for Cultural Relations (ICCR) is organising a national conference, ‘Destination India - Making India the Preferred Hub of Education’, on 28 and 29 January at Symbiosis International University, Pune.

The conference will bring together leading educationalists, stakeholders from the industry, and other policy experts to elaborate upon the objective of making India one of the leading hubs of education for foreign students.

To know more about the conference and the ICCR’s push on the education front, Swarajya spoke to its president, Dr Vinay Sahasrabuddhe.

Swarajya: The ICCR is organising a first-of-its-kind conference in Symbiosis, Pune, on making India a preferred global education hub. Could you please elaborate on this?

Dr Vinay Sahasrabuddhe: India, historically, was a global education hub. We had some of the greatest universities of the world, starting with Nalanda, Takshashila and Vikramashila that served as the melting pot of scholars from across the world.

Yes, those days of civilisation greatness are behind us, but I believe that the Indian education system is in a phase where it is reconstructing itself, and this is the ideal start for India to become a global education hub.

S: Could you elaborate on the importance of making India one of the most preferred hubs for education globally?

Dr VS: Sure, but there are some numbers I’d like to put across, to begin with.

India is home to around 47,000 foreign students. ‘Study in India’ programme has an ambition of increasing it to two lakh by 2022.

Of the total number of foreign students in India, 63 per cent are comprised of students from 10 countries, with Nepal and Afghanistan at 21 per cent and 10 per cent respectively.

Students from Africa, Sudan and Nigeria contribute five per cent each to the total. There are over 900 universities and 40,000 colleges in India.

While as a destination India ranks 26th in the world for foreign students, as a source, it ranks second. There are about 7.5 lakh Indian students that study abroad.

So, while the number may look good, there is still more to be done. However, we are witnessing a silent student flow outside the nation, especially to countries like the United States, the United Kingdom, Canada, and Australia.

The conference brings together stakeholders from the industry to understand the issues, fault lines in the system, and the way forward to establish the country as one of the better education hubs around the world.

S: What, in your opinion, makes India an advantageous country for foreigners? Why should a student who has just finished schooling in Australia consider India as his next education destination?

Dr VS: There are many advantages for any student and given that we are in the digital age, the scepticism around cultural interaction is no longer prevailing.

Also, the Indian economy is doing well and has progressed to become the fifth-largest in the world. The image of the third-world poor country is being shed slowly.

India has developed the image of being home to successful tech companies. Bengaluru has become synonymous with start-ups. It is stirring quite a lot of interest among globally mobile youngsters.

There is the added attraction of IITs and IIMs, and a lot of leading Fortune-500 companies recruit from our universities.

A greater part of the advantage has to do with the learning one can have in India.

Experiences in emerging markets are placed at a premium in developed countries that want to establish a business presence here, for instance, like Amazon or Microsoft.

Also, if compared to China, the popularity of English as a spoken language places India at an advantage vis-a-vis China.

Lastly, the cost. As compared to universities in Europe or China, the cost of studying in India is far too less and ensures high returns on low investment.

S: What are the opportunities that you see for the universities in India in this regard?

Dr VS: Indian higher educational institutions are waking up to the opportunities of having an internationally diverse student body.

Many universities are offering fee waivers and scholarships to attract foreign students to boost their image and rankings. Foreign collaboration has become an important component of international ratings.

For instance, in the QS world rankings, 10 per cent weightage is offered cumulatively to the proportion of foreign faculty and students.

Only three Indian institutions find a place in the top-200 of the QS World ratings – IIT Bombay at 162, IISc Bengaluru at 170 and IIT Delhi at 172.

Even these and other top institutions are actively looking for foreign students to further boost up their ranking.

Alongside, there are a number of private universities that have attracted a significant number of foreign students, especially from countries in South-East Asia. Most of these students come for engineering and management programmes.

However, a proper study is required to better these numbers.

S: Often, universities have complained about numerous challenges with respect to having foreign students, especially when it comes to visa, documentation procedures, and so on. How can the ICCR help in this regard?

Dr VS: The process of making visa procedures simpler, sprucing up facilities in host institutions, marketing Indian universities in target countries, target marketing student groups through social media, signing international agreements with institutions and universities abroad are some the activities mandated under the “Study in India” programme.

Employability, ease of logistics such as food and cultural activities, availability of financial aid, ease of cultural and social assimilation etc. are some the issues that have to be looked at as well.

To address the issue of language perhaps a TOEFL-like exam with elements of basic Hindi could also be thought of as an admission criterion.

S: Could you elaborate on the government initiatives when it comes to foreign collaboration with universities? How is the government acting as a catalyst in this entire process?

Dr VS: There are a number of ongoing initiatives. The National Education Policy draft lays down a number of action points.

The previous government, too, had initiated a number of reforms such as graded autonomy for institutions, Institutes of Eminence, SWAYAM (Study Webs of Active-Learning for Young Aspiring Minds) etc. with the hope of liberalising the sector and injecting vitality into the system.

The previous government also initiated the GIAN (Global Initiative for Academic Networks) programme to invite distinguished academicians, entrepreneurs, scientists, and experts from premier institutions from across the world, to teach in the higher educational institutions in India.

The SPARC (Scheme for Promotion of Academic and Research Collaboration) programme was initiated to facilitate research and academic collaboration with top academic institutions in the world.

The Government plans to fund collaboration of top Indian institutions with foreign institutions figuring in top-500 of the QS world ranking.

India has the second-largest enrolment in MOOCs (Massive Open Online Courses) after the US. SWAYAM was started by MHRD and has now more than one crore subscribers.

Allowing Indian MOOCs to be used in neighbouring countries will strengthen our soft power. Some of our previous Distance Learning programmes were popular in Sri Lanka and Nepal, among other countries.

The ‘Institutes of Eminence’ was conceptualised with a goal of making a few prestigious Indian Higher Education Institutions rank within the top 100 in globally-renowned rankings.

They were to be regulated differently from other deemed-to-be-universities, by offering a great deal of autonomy so as to evolve into world-class institutions in a reasonable time period.

This could prevent the “brain-drain” of bright students that are lured by best-in-class facilities, teachers and scholarships that foreign universities offer. The hope is that they will also blossom into the Harvards and Stanfords of the world, becoming global hubs of high-end research and innovation.

S: What is your objective from this conference, and what makes you believe that India can achieve the position of being a global education hub?

Dr VS: When viewed in the larger context, Indian music, cuisines, movies, spirituality, craft and tourism are already sources of attraction for the rest of the world. Education can be an important source of soft power as well.

Just like yoga, the value proposition and authenticity of our offering should stand out. India has to pursue with the intent of openness, diversity and curiosity to learn.

To take the idea of India as an “Education Destination” forward, it is imperative for various stakeholders from the government, academia, diplomatic corps, educational institutions, students, alumni and the larger ecosystem to come forward to chart a course forward, and this is what the conference is going to be about.