Is Truth God? Gandhi May Have Got It Wrong And Abrahamics May Have A Point 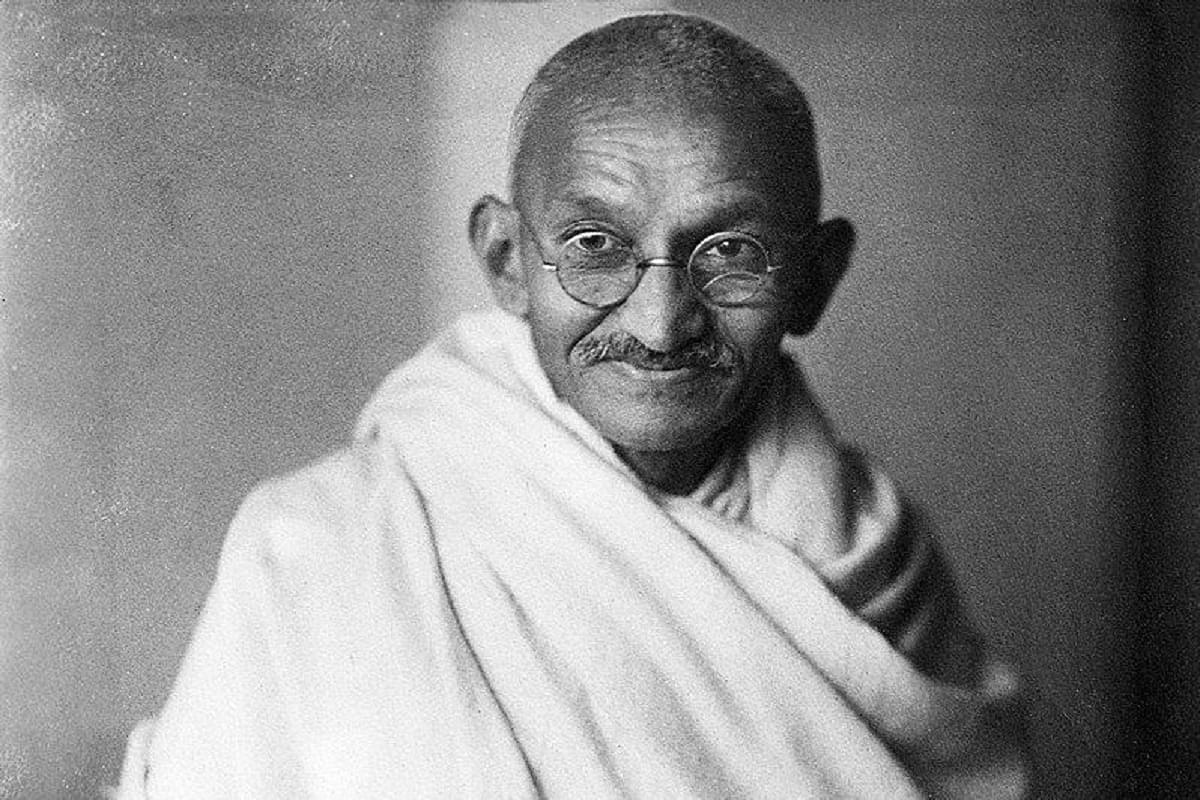 Mahatma Gandhi, who made a fetish of truth and wrote an entire book on his Experiments With Truth, famously said that “truth is god”. In other words, truth – which is largely fuzzy and often unknowable – leads to god. Our national emblem also carries the Upanishadic dictum, Satyameva Jayete (only truth triumphs).

In contrast, the Abrahamics believe the opposite. God is truth. This means the search for god is a prerequisite for the pursuit of truth. In practical terms, it also means that if their god is seen to win, truth also wins. It is also interesting that the term “post-truth” emerged in the Abrahamic political sphere. It presumes that there is something called the truth that is already known, and those who deviate are indulging in post-truth fakery. The line connecting Jesus’s truth to woke truth is unmistakable.

The Sikhs have Sat Sri Akal, which is said to mean truth is timeless. But by inserting the word “Sri”, which is a reference to Waheguru, they have unified both the Dharmic version of truth as god, and the Abrahamic version of god being truth, into one single phrase with double-meaning. While Sikhs may dispute my interpretation, the Sikh Missionary Society of UK offers this interpretation.

My own take is that this dual meaning allows truth to be malleable in the pursuit of success. Not without reason is Sikhism a crossover religion. It began from Dharmic roots, but included a lot of Abrahamic approaches to its theology as it evolved, including the decision to declare Guru Gobind Singh as the last guru, and the Guru Granth Sahib as the timeless word of god. Quite similar to the Islamic idea of Mohammed being the last and final prophet, and the Quran as the literal and absolute word of god.

The practical implications of saying truth is god, or that truth alone triumphs, are hugely different from saying god is truth. In the former, since humans cannot always access the truth in its entirety, the underlying implication is that god (as visualised in the Abrahamic sense) is also elusive. This is one reason why Dharmic religions, from Hinduism to Buddhism to Jainism do not invest so much meaning into the idea of god, and often accept the possibility that the nastik way is equally worth respecting.

The word nastik is not about atheism, but merely a reference to those who did not accept the authority of the Vedas on god. From an Abrahamic point of view, where god is clearly defined, the mere possibility that you can create and accept your own version of god (ishtha devta) makes us either incoherent or agnostic, or pantheistic or henotheistic at best.

But when you say god is truth, it implies that god is already known and accessible to humans, never mind how ridiculous the conception of the Abrahamic god may be to Dharmic eyes. If god is truth, truth has value only if it is consecrated with the idea of god.

By implication, it means once your god is established, the truth will follow. So, the idea is first to establish your idea of god through conquest or missionary activity, and later 'establish' whatever truth you want. The idea that Jesus is the son of god, or that Mohammed is the messenger of god and last and final prophet, allows the Abrahamics to put success and victory before the idea of truth.

In the Dharmic system, where truth precedes god or is coterminous with any idea of god, there is no need to establish your own god as supreme as a precondition to establishing the truth. This is a far more reasonable and logical thought process, but it has one great everyday disadvantage: if the truth is elusive, it makes it difficult to rally people under any idea of god or truth.

This is quite clear from Christian and Islamic history. Jesus was an unsuccessful preacher till St Paul gave his life and words a different meaning and established the Catholic church. Mohammed did not find much support for his preachings when he was in Mecca; but once he migrated to Medina and became a military and political leader of his community, success followed and his god became the truth. Early Islamic history also tells us that some of the new convert wanted to go back to their earlier faith once the prophet had passed; but his successors made it clear that apostasy meant death, and the faith emerged stronger. Power is the basis of Islamic faith.

In the god is truth system, winning on behalf of god comes first, and once victory is achieved, we can always decide what is the truth. But if truth has to be established first, winning and success comes much later, by when you may have lost both faith and the chance of success.

There is an old African saying which holds that till the lion gets to tell its story, the hunter will always be the hero. However, this is an incomplete idea. The real saying should run like this: it is only when the lion wins the battle against the hunter will its narrative be even heard. So, it is important to win. Truth comes later.

This has been the subtle message in the Bhagawad Gita, where Sri Krishna himself seems to allow for some deceit and subterfuge in order to defeat the much stronger Kaurava generals and forces. This is what the Sikhs learnt when they quietly made Sat Sri Akal (truth is timeless) and god (Waheguru) is timeless to mean one and the same thing.

The older part of the Rig Veda, in fact, also privileges victory over just the truth, where various tribes are shown seeking the favours of god for success and prosperity. Even in traditional Hindu belief, we have goddesses for knowledge (Saraswati) and wealth (Laxmi, Kuber), or a trimurti (Brahma-Vishnu-Mahesh) that is about creation, a good life, and creative destruction. There is no god specifically for the establishment of truth. This implies that the search for truth was initially secondary to the pursuit of success or prosperity.

The question to speculate on is when did we, the descendants of the Rig Vedic rishis, shift from faith in our gods, success and prosperity, to privileging doubt and a more contemplative stance on truth?

My guess is this shift happened during the later Rig Vedic period, for whatever reason. Scholars of the Rig Veda, including Shrikant Talageri, believe that the second, third, fourth, sixth and seventh mandalas (chapters) of the Rig Veda were composed much earlier than the first, fifth, eighth, ninth and tenth mandalas. The sublime nasadiya sukta ('creation hymn' to westerners), which talked more about doubt than faith in gods, comes in the tenth mandala.

The nasadiya sukta (see below) expresses specific doubts about how creation happened or who is the creator of the cosmos.

Who really knows, who can declare; When it started or where from? And where will the creation end? Seekers and sought entered later –

And so who knows when all this manifested? That one, out of which the creation came, May hold the reins or not, Perceiving all from above, That one alone Knows the beginning – may not know too.

Even as the creator is being considered as the author of creation, the composer of this verse brings in an element of doubt if even god knows much about it. Thus, truth is god became a part of our thinking, which means that when (and if) we find the truth, we will find god, and not the other way round.

This Dharmic element of developing high quality doubt rather than dubious faith probably emerged in the later Rig Vedic period. Subsequent philosophical developments in Buddhism, Jainism, Charvaka hedonism, and the contemplative Upanishadic period made us “seekers” rather than “believers”. Truth has to be sought, god can simply be believed.

In the Mahabharata, this quintessentially Hindu level of doubt manifested itself in Arjuna before the Kurukshetra war, for which Sri Krishna saw a remedy only in faith and the idea of god coming down to earth to reinstall Dharma. Hence the verses in chapter 4 (verses 7 and 8), and verse 66 in chapter 18:

It simply means god comes down to earth whenever Dharma is threatened to protect the good and the sacred.

Put simply, god was telling Arujuna don’t be a fool. Leaving aside all the confusions of Dharma, come to me and I will give you moksha.

In many ways, this was what Veer Savarkar was trying to tell us when he formulated the idea of Hindutva. In a secularised version of Hinduism, he said treat this nation as your god, and don’t confuse yourself with caste or diversity and pluralism. To succeed, you have to treat truth as secondary. I readily admit here that this is my reading of Savarkar, and not necessarily what Savarkar meant.

There is also another reality when you acknowledge god is truth, and especially if a specific idea of god seems ridiculous to Dharmic eyes. When you say that Jesus is the son of god and he was of virgin birth, or when you hold the prophet as the 'perfect' one to emulate, defending some of these indefensible facts actually needs you to become stronger than your detractors. It implies that defending what is not easy to defend needs you to be physically and militarily stronger, whereas accepting a more fuzzy notion of god needs no defence. Reasonableness needs no defence, while unreasonableness needs a very spirited and often violent defence. So, falsity and dubious truths lead to a stronger ability to fight and decimate your opponents.

In a secularised version of Abrahamic faith, especially Christianity - for eg, communism - it is not god that is important, but to treat the ideological version of truth as god. Thus, even though the communists had their own last prophet (a library bug called K Marx), and their own holy book (Das Capital), they needed no Jesus or Allah. Their truth, about class struggle and dictatorship of the proletariat, became the equivalent of god’s truth.

The purpose of this discourse into god and truth is this: we have to go back to the initial ideas of the Rig Veda, where success or prosperity is put ahead of fuzzy notions of the truth. We have to move from Arjuna’s doubt to Sri Krishna’s truth. Truth may be good to have, but it is not enough. It can be almost anything you want it to be after you succeed. This is because truth is elusive, and searching for it before you succeed could end up in failure.