Marathi Mathematics Muddle: Why The Numbers Don’t Add Up 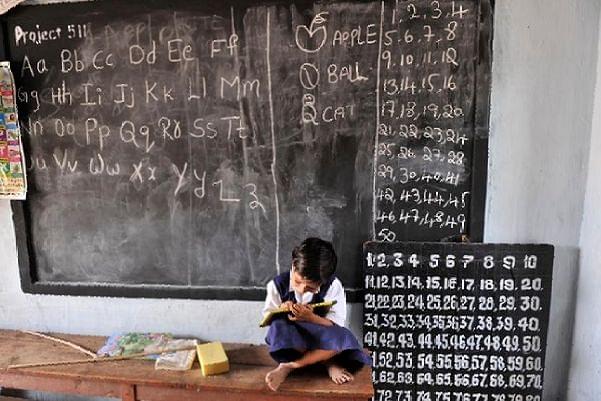 A child in a classroom.

In the hit CBS comedy Two Broke Girls, Caroline, a Wharton-educated former heiress, who has become a waitress after falling on hard times, says about her friend Max (who has grown up rough and hence isn’t very educated) — “Max still calls thirteen as ten and three!” I had a good chuckle while watching that scene, little knowing that the punchline of a TV show was about to become reality of Marathi students in my state. Well, I am not laughing anymore.

The change (click on the link above to know the nature of the change), introduced by state book publisher Balbharati, has naturally caused a great deal of outrage and consternation among teachers, parents and concerned citizens. Changing the way double-digit numbers are taught isn’t just a change in the method.

Numbers and alphabets are the basic building blocks of a language. Changing one of them is tantamount to changing the core of the language itself. Even more bizarre is the defence of this change by the director of mathematics committee of Balbharati, Mangala Naralikar. In an article published in a Marathi daily, Naralikar has tried to downplay the concerns. A brief explanation of why her arguments fail the commonsense test follows.

What is even more ludicrous is how scant the information about the feedback is. There is no formal study cited, no details of formal discussions given. This is basically Naralikar’s version of mainstream media’s conversations with the Yoga teacher about demonetisation, or with the taxi driver about goods and services tax (GST). It is a feedback hard to refute because of its lack of details.

To explain why changing the numbers doesn’t solve the problem (even if we give benefit of doubt and admit its existence), I am reproducing a translation of relevant passage from the article:

I agreed with what the teacher told me. In English the number is called twenty five, so while writing it is written as two followed by five. This consistency of order doesn’t exist for numbers in Marathi. Panchvees (twenty five in Marathi) has a form of five (panch) first but while writing you have to write two first. This confuses children. Many times when they are asked to write Sattavann (57) they write it as seventy five.

A careful reading will reveal problems with the above logic. The inconsistency (or lack of consistency) of order exists in numbers from eleven to nineteen in English too. Is there a plan to change them as well? Also, if the students write numbers as they are pronounced, then twenty five with twenty (20) first followed by five (5) will be written as 205 and not 25.

Similarly, if students write sattavann (57) as 75 due to Marathi order, then the same students should write it as fifty and seven — 507. What kind of students understand, 1) randomness of English numbers from eleven to nineteen, 2) to drop the middle zero in case of a double-digit number in English, but 3) fail to understand the reversal of order in Marathi? In case of sattavann, since ‘vann’ doesn’t mean five (or any form thereof), it is not clear, how come the students know the two digits (five and seven) involved, but only get the order wrong.

A couple of paragraph later, the author quotes one of the teachers “(my) mother wasn’t educated. She too says Pannas (50) and Saha (six) instead of fifty-six so this method is easier. This can be easily understood.” So let me get this straight — to educate our children, are we keeping the grasping capacity of illiterate women from the past generation as the standard?

Some critics had expressed concern about the jodaksharas (alphabets formed by joining two alphabets like ष्ठ in त्रेसष्ठ which is Marathi for sixty-three) being lost to which the author replies that only seventy, sorry seven and zero, jodakshras (dealing with two digit numbers) have been removed. So her argument is that students can learn jodaksharas and their meaning in all other contexts, except when it comes to these specific seventy jodaksharas. Like the twenty and five example above, this logic is hard to follow.

The argument that this is not a replacement but merely an alternative method holds no water either. Path of least resistance is a natural impulse, especially for seven- and eight-year-old children. So, given a choice of learning one method or two — kids are likely to learn one and discard another. And guess which one the teachers are going to prefer?

The impulse of making education easy is not a bad one in itself. However, ease cannot replace knowledge and competence as the overriding objective of education. That is giving in to the soft bigotry of low expectations. Nothing is easier (for the children) than not sending them to school at all, and creating an economy that can absorb illiterate workers. But is that practical?

If second grade students are finding it difficult to grasp numbers, then a more practical solution would be to introduce the concept of numbers a couple of years down the line. Changing the language for making education easy is the worst form of attack on the core of the language. It also sets a dangerous precedent where every time a student finds something hard to grasp, they will simply expect the educators to get rid of that part from the syllabus.

I am no educationist, but this hardly seems like the recipe of building a nation of world-beaters. As the saying goes — if you think education is costly, try ignorance. In this saying hard replaces costly just as appropriately.