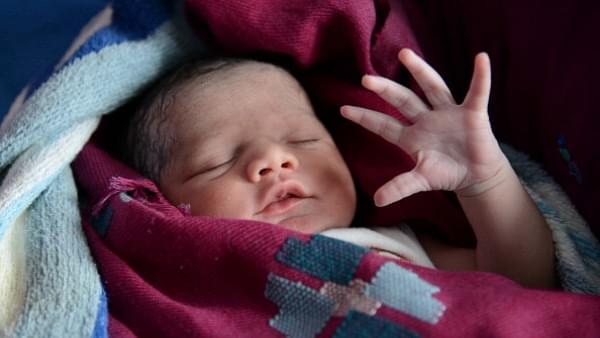 South Indian women may be considered more progressive but do you know that they are more tolerant of wife-beating compared to their counterparts in Uttar Pradesh, Bihar or Rajasthan?

It is one of the most significant findings of the just-released National Family Health Survey-4 (NFHS-4), which includes myriad data tables. The data ranges across parameters of health and well-being, and sorted against categories of religion, caste, class, gender, state, income-group and rural-urban location. The idea is to identify trends and indicators related to population, health and nutrition, which will help policymakers take appropriate corrective measures.

The 666-page survey document has data collected from more than 6 lakh households, across the 640 districts in the country’s 29 states and seven Union territories. Thus, it could be considered a good scorecard of the nation’s health. However, on a careful analysis of the disaggregated data, one can spot several different correlations and reach surprising conclusions.

Like the one on wife-beating. The data is about the attitude towards wife beating in states/Union territories. The highest percentage of women agreeing with at least one specified reason being justifiable for husband beating his wife were – Andhra Pradesh (82.2 per cent), Karnataka (58.1 per cent), Kerala (69.4 per cent), Lakshadweep (59.5 per cent), Puducherry (63.5 per cent), Tamil Nadu (69.6 per cent) and Telangana (83.8 per cent). The corresponding numbers in the survey, for states widely perceived as having pathetic levels of women empowerment are: Uttar Pradesh (51.3 per cent), Rajasthan (33.4 per cent) and Bihar (53.4 per cent).

To a pondering mind, after the first blows of surprise have receded, scepticism creeps in: for instance, the thoughts about the representative sample. Also, could it be a statistical aberration explained by the relative proportion of population of these groups? But one leaves it at that.

While one way to look at it is that these are eye-opening and myth-busting information about the state of the nation’s health, another way could be to tread with caution, and confirm or corroborate figures with other sources of data first.

Take another example: (Table 9.7): “The prevalence of symptoms of acute respiratory infections (ARIs) is highest among children age 6-11 months and Sikhs (4 per cent each).” Whereas the first category can be explained, and is a matter of huge concern that needs immediate policy interventions, the second seems to be a questionable conclusion.

Efficacy Of The Disaggregation Parameters

This leads us to thinking about the efficacy of some of the parameters – such as religion-wise disaggregation of data: how does it help policymakers or even the public to have the knowledge that Buddhists have the highest incidence of hypertension? Or that Sikhs have ARI? Even if these are to be believed, are these actionable?

A plausible explanation is that Sikhs are mostly concentrated in an area that is prone to ARIs. In that case, a region/state wise disaggregation would have been better. In fact, a more focused approach to combating health issues and deprivations is to do a region wise survey, given that health is a state subject. The National Health Mission would, of course, work closely with states to work out specific strategies.

Region wise disaggregation would also enable the highlighting and inclusion of region-specific diseases – like encephalitis in Gorakhpur, which was in the news recently. Encephalitis, dengue, chikungunya and other diseases that occur in pockets, surprisingly don’t even find a mention in the “National Family Health Survey”.

The fact is that family health tends to depend on factors like location and geographical factors, income-group, class and some times, caste. And further, on accessibility, and availability of quality goods and services in the location not dependent on family income or the economic development of a region. Thus, all factors affecting immunity or deprivations for specific populations need to be identified and addressed. One could argue that there are other sources of information for this. But then, is there a need for this kind of duplication of effort?

One striking aspect of the survey is the disaggregation in too many parameters. It has resulted in a vast document, and numerous tables make it too distracting. One fears that going just by the tables, it would be difficult to pinpoint the exact problem and reach conclusive decisions on measures to address the problem.

The sheer number of parameters under which data is classified lends itself to reaching wrong conclusions. This must be guarded against. For instance, Table 11.18, talks about “percentage of women who had any contact with a health worker (at home, anganwadi, health facility or camp) in the three months preceding the survey”. At first glance, this, somehow lays the onus on the people themselves, as their failure to reach the facilities, and categorises and enumerates them across regions. There is no corresponding table to reflect the inadequacy of the system.

In Uttar Pradesh for instance, there have been several newspaper articles recently on community workers – ASHAs (accredited social health activists). Some articles on a website have highlighted multiple issues surrounding them – a crippling lack of resources to enable them to function, uncooperative doctors, and no social support and back-up system in their role as change agents. And there is another side of the story – that ASHAs do not work and are lazy and inactive. Now, these finer nuances do not get recognised in the NFHS. Thus, when figures are gleaned from this table in isolation, the problem assumes an entirely different dimension and the real problem gets overlooked.

Incidentally, a cursory glance reveals a gross printing error. Section 11.7 states that “the use of government health facilities is highest in Uttar Pradesh (80 per cent) followed by Bihar (78 per cent), and lowest in Tripura (9 per cent), Andaman and Nicobar Islands (3 per cent) and Lakshadweep (less than 1 per cent) Table 11.17”. As you reel under this `knowledge’ and painstakingly go to verify this in Table 11.17, you figure with a sense of relief that they meant ‘percentage of households that do not generally use government health facilities’! Could there be more such errors?

Definitely, very close curating of the data is, therefore, necessary, and also corroborating with other sources of data like the census, the national health profile conducted by the Central Bureau of Health Intelligence (which is under the Health Ministry) and others.

To its credit, NFHS-4 includes lifestyle diseases for the first time, given the alarming rate of their spread and extent in the current times; this includes cancer and heart problems. Another feature is the inclusion of domestic violence and women’s empowerment. While these are important issues, one could question their place in the National Health Survey. The sections contain detailed data, quite in line with the dominance of this discourse among international organisations.

(Larger issue One) The bigger question is why has the presence of international organisations in the development sector not yielded results in the last four decades or so of their functioning? This is not to undermine their role in outcomes of education and nutrition for mother and child, but to highlight their underutilised capability. Is it possible that an entirely new discourse fits India’s bill – rather than blindly following the existing one, pushed by development agencies – given the complexities and peculiarities of India’s society, ethos and governance model?

(Larger issue Two) Coming back to the national health data, there have been studies to show that information gathered from uneducated respondents is often erroneous. According to an article that appeared in June 2015 in Economic and Political Weekly, many scholars and researchers in the past have questioned the quality of NFHS data – inspite of the inflated costs.

(Larger issue Three) Further, what was questioned was the employment of field agencies for data collection, despite the existence of 23 infrastructurally-eligible and experienced Population Research Centres (PRCs) across the country. A former director of International Institute for Population Sciences (IIPS) had reportedly, in 2014, expressed his anguish in a letter written to the Union Health Minister that involving private agencies would affect the quality of data. The article even demonstrated how cost-cutting measures by these agencies result in field workers working beyond reasonable limits and other violations of the rights of field workers: an accident had actually occurred in which workers hired had died while gathering data.

In 2009, National Institute of Public Cooperation and Child Development had documented a directory of PRCs in India that undertake research in areas such as health, nutrition, child welfare, social welfare, women’s welfare, child protection, SCs/STs and other backward classes – the very areas that form the scope of the NFHS. The introduction of the above directory specifically mentions that these PRCs “research on social constraints impacting social development”.

However, the involvement of PRCs in the NFHS has gone down: NFHS-1 had utilised the services of 18 PRCs and seven other field organisations; NHFS-3 had 18 research organisations, which included five PRCs. And this latest survey – NFHS-4 – had three PRCs in the total of 14 field agencies employed. Whereas the PRCs are fully funded by the Ministry of Health and Family Welfare, the field agencies are contracted on payment.

(Larger issue Four) The configuration of the NFHS support system has also changed: NFHS-4 was a collaborative effort of a large number of organisations: conducted under the stewardship of the Ministry of Health and Family Welfare, the nodal agency was the lIPS, Mumbai, and the funding was provided by the ministry as well as by the United States Agency for International Development (USAID), Department for International Development (DFID), the Bill and Melinda Gates Foundation, UNICEF, UNFPA and the MacArthur Foundation. ICF, USA, provided technical assistance at all stages of the NFHS-4 project.

NHFS-1, comparatively, had field organisations in the states collaborating with the PRCs for the data; the funding came from USAID; and UNICEF and Plan International “provided the weighing scales”. Now, with the larger presence of heavy-weight organisations, it is no surprise that the global common SDGs (sustainable development goals) dominate the concerns, with the solutions assuming that one size fits all.

(Larger issue Five) But it is possible that viewing India from just an SDG lens – and the accompanying criteria and data categorisation – would be inadequate and even distracting. Whereas the lowest common denominator of SDGs needs to be maintained, possibly a new thinking must emerge to achieve real and perceivable change.

Necessarily, income, geographical location and accessibility of public goods and services must lead the list of concerns. Coverage of aspects like religion and caste appears superfluous and in fact distract us from the graver issues and their solutions. We could just become too caught up, for instance, in focusing on ridding Sikhs of ARI, or Buddhists of hypertension. It won’t work.