Sub-Categorisation Of OBCs: Why It’s Important, And Why It May Not Be As Easy As Believed 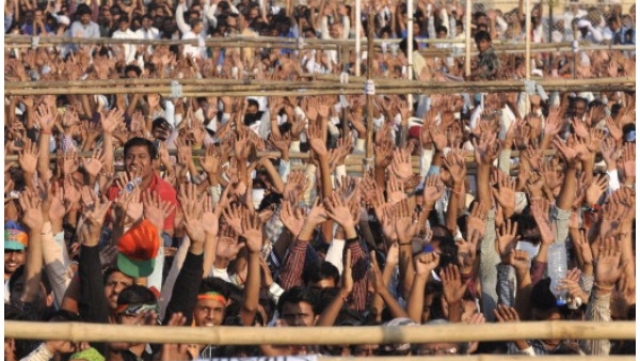 The question that was raised during the Mandal Commission was whether to place other backward classes (OBCs) under a single category or classify them as Most Backward Classes (MBC) and OBCs. L R Naik, who was a member of the Second Backward Classes Commission, was the one to recognise the inequalities that existed within the broader classification. He argued for sub-categorisation of OBCs into ‘Intermediate Backward Classes’ and ‘Depressed Backward Classes’ instead of viewing the OBCs as a homogeneous, monolithic community. In his dissent note, he recalled the ancient adage that “if big fish and small fish are put together, the former will swallow the latter.” (Refer Mandal Commission Report (1980), Minutes of Dissent by Shri Naik, Member, Vol. VII).

The V P Singh government blundered when it ignored his views and implemented the Mandal Commission’s recommendations. As it stands today, the OBCs are provided with 27 per cent reservation in education and employment in central government based on social and educational backwardness. This is enshrined in Article 15 (4) and Article 16 (4) of the Constitution. The decision to provide reservations to OBCs had faced severe judicial impediments. Later, the judiciary upheld the government’s decision.

Today, when we discuss equality and social justice, the glaring chasm of inequality that has arisen within the OBC communities stares us in the face reminding us of that historic blunder. The importance of sub-categorisation is expressed in the demands by the extreme and most backward classes across the country.

With this as the background, the central government has decided to initiate the process of sub-categorising the OBCs, and the President of India appointed a five-member commission headed by Justice (Retd) G Rohini as the chairperson. The subcategorisation of OBCs is being implemented in nine states - Andhra Pradesh, Bihar, Haryana, Jharkhand, Puducherry, Karnataka, Maharastra, Tamil Nadu, and West Bengal at different levels and in different categories.

While political pundits are theorising that sub-categorisation is a strategy by the government to bag the votes of MBCs , it is pertinent to note that the process started way back in 2015 under the aegis of Justice Eswaraiah, the then chairman of the National Commission for Backward Classes (NCBC). A report submitted on 2 March 2015 after broad consultation with state governments and public hearings in various states recommended to sub-categorise the OBCs into three categories. The first group as “Extremely Backward Classes (EBC)” like aboriginal tribes, Vimukta jatis, nomadic tribes, and semi-nomadic tribes and the second group as “Most Backward Classes (MBC)” like vocational castes and the third as “Backward Classes (BCs)” like agricultural and business groups, into Group A, B, and C categories respectively.

One shortcoming, however, was that the report provided no threshold reservation percentages but instead recommended in-depth research to identify the castes in each category by the Indian Council for Social Sciences Research (ICSSR). Though the NCBC sub-categorised the monolithic OBC group, the same categorisation may be problematic in dividing the 27 per cent of the OBC reservations.

There are two major challenges that the Commission may face - one, to develop a methodology for sub-categorisation of OBCs; two, availability of information regarding the social and educational backwardness of various castes and the state-wise variations of a particular caste. The implications of caste in social, economic and political spheres will be a major hurdle in the efforts to chalk out an action plan. The term OBC is not narrowed down to equal caste. Any community that is educationally and socially backward will come under the OBC umbrella. This might mean the inclusion of some caste groups, hitherto not, under the OBC umbrella. That is the difficulty the Commission will face trying to segregate and classify these communities and formulate a methodology for the sub-categorisation.

The methodology to identify castes that are more backward is difficult to arrive at unless there is proper statistical information about the representation of respective castes in central government educational institutions and employment services. Certain castes may enjoy educationally and socially a better position in north India and the same may not be true in the southern states. There might be inter-state variations of a particular caste.

The decision to sub-categorise may face judicial hurdles if the government fails to provide strong empirical analysis of educational and social backwardness of such groups. Mark Galanter in his interesting work entitled ‘Competing Inequalities: Law and Backward Classes in India’ drew our attention to policy dilemmas in this regard. Galanter raised many issues related to the court's response to the policies of compensatory preferences, which are even relevant today. There are also differences in a particular caste in two or more states.

The move to sub-categorise OBCs will create some agitation in forwards/intermediate castes of OBCs. The greatest opposition will come from within some caste in OBCs and not from the upper castes. The Intermediate Backward Classes such as the Yadavs, Kurmis, and others will be at the forefront since it is their piece of the pie that is most likely to shrink. Having shaken the V P Singh government back in the 1990s, OBC reservations continue to cause political turmoil now and then. This will be a litmus test for the Narendra Modi government in its determination to truly uplift every section of the Backward Classes.

The government’s efforts for equal distribution of OBC reservations will create a positive impact on the backward among the backward classes. It will be an ardent task for the Justice Rohini Commission to sub-categorise OBCs, at the same time the commission also has the responsibility to work out a formula that is acceptable to the communities within OBCs.