The Importance Of Education System: Remember, Civilisations Die From Suicide, Not By Murder 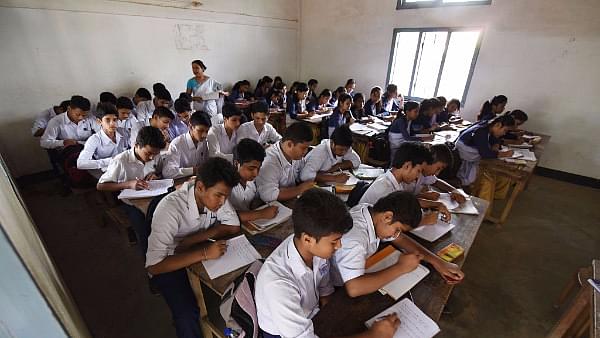 It may be surprising to some readers, but even about 230 years ago, democracy was not a mainstream ideology in much of the Western world. Except for the United Kingdom and the United States, no other country followed a ‘democratic tradition’ in the modern sense of the phrase. The French Revolution was a pivotal event in world history because it decisively altered this situation.

A group of French schoolteachers was instrumental in ensuring that people were not tired of disorder, large scale killing and war-mongering that the French Revolution had caused. They helped establish the Third Republic after the war of 1870. After the First World War, the very same people were afflicted with the dangerous disease of extreme pacifism and caused France’s quick defeat at the hands of German dictator Adolf Hitler’s invading armies.

Barnett Singer in the paper ‘From Patriots to Pacifists: The French Primary School Teachers, 1880-1940’ chronicles this journey quite well.

That education, made obligatory, free and secular, was thoroughly moral and patriotic. In fact, such institutional patriotism might be seen as a religious stop-gap after the decline of folklore, and before mass diversion became the new religion. If so, the village schoolteachers, with their stirring curriculum as Bible, were the high priests of nation-worship before 1914.

The primary schoolteachers had a lot of influence on the way the curriculum was framed too.

Paul Bert’s Instruction civique et morale a lI’cole (1881) links education to the coming of national solidarity. In addition to texts, contemporary examination questions now seem the height of patriotic naivete. For example, a composition subject for the cours elementaire, 16 August 1884: “At the hospital of Toulon, a young sergeant receives an amputation for a wound incurred in Indochina. The wounded man wakes up, looks at the wound. He says: ‘Better to have that than to be a Prussian’. The sergeant was from Metz.” It is difficult for us to recapture the feelings such a subject would inspire or to realize how repeatedly patriotic certitude was reinforced.

This patriotism that the schoolteachers were trying to infuse was not the natural one that comes to anyone who loves their family, treasures their community and nation. It was as Barnett said, of a ‘scholastic’ kind which tries to transfer those old loyalties to the new experiment that the ‘Republic’ was. It was probably the first time in mainland Europe that the left was attempting to leverage institutional control to secure the loyalty of a nation’s people. They were succeeding. By they, I mean the first generation of leftist schoolteachers, who had first-hand experience of the war of 1870 and the defeat at the hands of the Prussians.

The second generation (early 20th century) had no such background. Ignorant of their traditions, wedded to the idea of the republic rather than having a deep relationship with their communities, they joined a movement which led to the downfall of the Third Republic. They were increasingly influential and pacifist. They were however, still quite small in number.

The radical minority then grew bolder, and a former teacher, Gustave Herve, attained a certain notoriety for his opinion that the flag of Wagram should be planted on a dungheap.

These teachers coalesced around the syndicalist movement which succeeded in taking control of the Federation of Teachers in 1912. The French government dissolved the federation almost immediately. The true impact of this movement was to be felt only after the First World War.

The First World War came with huge human casualties for France. Around 1.15 million French died on the battlefields of Europe. With the fall of the House of Hohenzollern and the Imperial Habsburgs, the rest of western Europe abandoned the tried and tested monarchical form of government for a democratic one. That aside, the loss of 1.15 million young people dealt a huge blow to the French psyche. The millions permanently handicapped by the war, the news of the gas attacks and other forms of mutual slaughter helped create a sense of disgust for war in the French populace. Some of the French who fell in defence of their fatherland were pacifist schoolteachers who had changed their mind.

The public attitude towards the war, however, became fertile ground for the growth of the previously banned syndicalists, who were all too eager to force pacifism down the throats of young children. French boys and girls were no longer taught to revere and respect the brave men of their armed forces as their heroes. They were taught to see these soldiers as victims and objects of pity. Sacrifices rendered in service of the fatherland was no longer virtuous and respected. Defence of the fatherland was now frowned upon by the average french schoolteacher. The pacifists were no longer a ‘small but vocal minority’. They were the mainstream. The fact that the ‘devotion to the republic’ that the schoolteachers had instilled as well as the fact that the french system of governance which prevented the government from conducting the usual dealmaking which helps avoid extended warfare was forgotten.

As usual, the left used textbooks to shove the message down unwilling or uninformed throats. Here is how Barnett describes it.

As early as 1919, Anatole France had thundered at the Congress of Tours to the instituteurs: ‘Burn? burn all books that teach hate! Exalt work and love! Shape for us rational men, who can topple the vain splendours of barbarous glories and resist the bloody ambitions of nationalism and imperialism that led their fathers astray.’ Others soon joined in the crusade for new schoolbooks, notably Barbusse, then one of Europe’s leading intellectuals on the left, and, along with Celine, among those whose trench experience most intensely coloured their post-war vision. Barbusse was particularly concerned with history texts ‘deformed by nationalistic and retrograde prejudices...

They didn't even leave toys and sports from their purification ritual.

...teachers removed war toys from children at play and influenced manufacturers to replace toy soldiers by tram conductors or postmen. In Pierre Gamarra’s autobiographical novel, Le Maltre d’ecole, the teacher catches children playing at war and delivers a factual lesson on the trenches; at the close he writes solemnly on the board: ‘Thou shalt not kill.’ Scoutism (increasingly a Catholic preserve), gymnastics, even sports came under increasing attack for their patriotic socialization.

As usual, the left also used the opportunity to capture institution after institution.

They were a unified group of the ‘left’ and still laique, even if increasingly socialist. A random sample of 20 male teachers from the conservative department of Ille-et-Vilaine shows that in the 1930s fourteen either voted, or believed their political orientation to be, socialist. Three others considered themselves of the ‘left’, one described himself as ‘centre-left’, and of the remaining two one eschewed extremes (sauf les extremes, he answered) and the other had no precise political orientation. Teachers’ syndicates now collaborated on nominations and promotions, not to mention salary negotiations, and increasingly, instituteurs moved into politics and became a power within the Socialist party itself.

This had obvious consequences in the Second World War. The French people no longer retained the resolve to defend their fatherland. The resolve had been ‘cleansed’ from the populace by the French schoolteachers’ faith in pacifism and the accompanying purification rituals. The same nation which had withstood the superior invading German army for four years during the First World War, surrendered to the relative inferior invading German army after only six weeks of resistance. The Third Republic officially ceased to exist on 10 July 1940.

The Indian left has followed a similar trajectory but hasn't stopped at pushing the aman ki asha narrative through its cohorts in the media. It has gone a step further and vigorously tried to erase the civilisational memory of the Indian populace. It has glorified the Islamic and Christian invaders and marauders of our motherland whilst shaming those of us who honour the forefathers and the defenders of our civilisation.

The French intelligentsia succeeded in ensuring that a majority of the French populace did not understand the dangers of Hitler's rise in next door Germany. Our intelligentsia is on its way to success in ensuring that Indians don't understand the dangers of the murderous beliefs from the Middle East. It is for this reason that we should call for a purge of school textbooks filled with falsehoods and our institutions of the people who helped spread such narratives.

We must remember Arnold J Toynbee’s observation that "Civilizations die from suicide, not by murder”. The onus on ensuring that Indian civilisation doesn't die from this form of suicide is on us. We owe this to our ancestors and our progeny.