What If The British Had Never Ruled India? 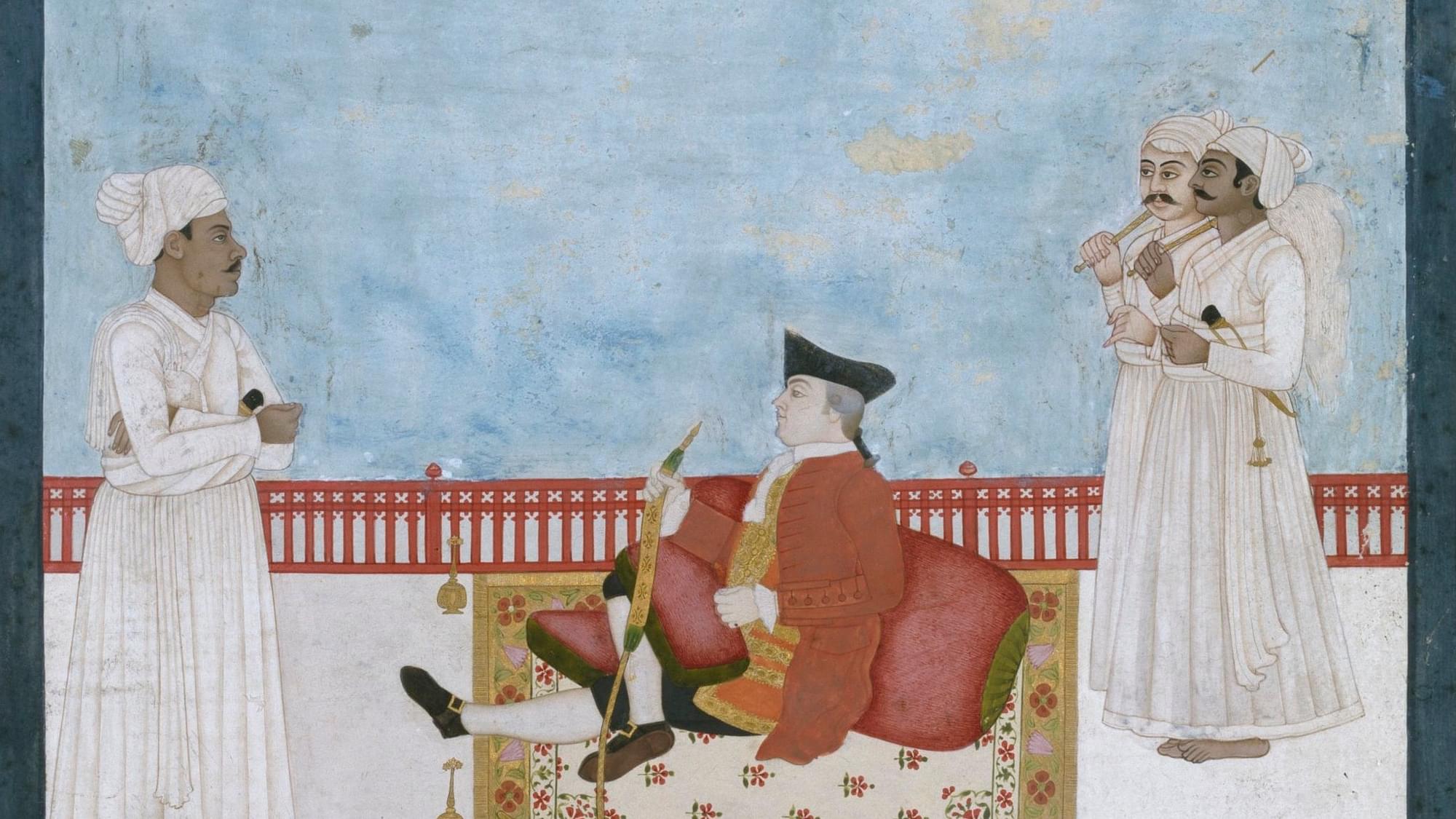 The sepoys of the Madras Infantry look down in horror at their general, lying on the ground. He has been blown off his horse. There is a great gaping wound in his chest. His eyes are glazed. Within minutes, he is dead. Within hours, the Marathas have outflanked and trapped the British, on the banks of the River Kaitna, and torn them to pieces with their artillery.

The 74th Highlanders are destroyed as a fighting force. The Madras Infantry are utterly broken. The Marathas win the battle of Assaye and go on to win the First Anglo-Maratha War. The British remain a presence in India, but they never become overlords. In the following decades, Britain is distracted by events in Europe. The Marathas and the Sikhs grow and prosper. Slowly, they begin to industrialise.

It was actually the British who won, of course. But it is a fact that General Wellesley was in the thick of the fight throughout and that the battle was a very close one. He had his horse shot out from under him three times.

What if they really had lost? What if the British had never ruled us? What kind of India would we be? One way to explore this is to look at India before they took over, when the only British in India were a few traders, standing shyly in Jahangir’s court, trying to look innocent.

In the year 1700, India’s share of the global economy was around 25 percent, according to economic historian Angus Maddison. Niall Ferguson has elaborated on this in his book, Empire. At the time, India exported textiles, indigo, spices, salt, sugar, beads, sealing wax, and much more.

Apart from horses, and some luxury items for the ruling classes, our needs were very few. As a result, Indian traders usually demanded gold and silver as payment, instead of goods. This was also the era when Europeans were extracting huge amounts of gold and silver from the Americas. A large part of this European bullion was ending up in India, where it was turned into Mughal coinage.

The Europeans knew what was going on. Sir Thomas Roe once said, “Europe bleedeth to enrich Asia.” The situation is similar to what we see in China today, where huge foreign exchange reserves have piled up, and white people are grumbling.

China at the time, although equally rich, was a closed economy in many ways. The Chinese felt that the world had nothing to offer them. They held barbarians in contempt and gave them rude nicknames. Lord Elgin, for example, was known as “the big-nosed barbarian”.

India was very different. We welcomed foreign traders. Our customs duty was around 2.5 percent, ad valorem. We allowed foreigners to build factories. We provided them safety and security. We even let them marry our women. We were a thriving, growing, truly globalised economy, possibly the first of its kind in Asia. We were never afraid to use the services of foreigners, so long as they were useful. This tradition lingered. At the Battle of Assaye, the Marathas were commanded by a German, Anthony Pohlmann. Born in Hanover, he was a former sergeant of the East India Company army.

Then the British took over. By 1950, our share of the global economy was five percent. How did they achieve this remarkable feat? The truth is, it was bad luck. We were weak at the wrong time. At the beginning of the nineteenth century, the British were strong, because, in those first few decades, they were ahead of the curve in the industrial revolution.

But others were catching up, so their window was narrow. The British were also the biggest kleptomaniacs the world had ever seen. They travelled far and wide, swiping whatever they could lay their hands on. In our case, it went deeper than just theft. Before we could figure out what was happening, they turned our economy into a slave economy. They prevented us from becoming industrialised.

They did this by depriving us of capital, as Dadabhai Naoroji pointed out in 1880. They drained all our surpluses into their taxes, profits, and salaries, back to Britain, where they paid for more factories and the occasional pub. As a result, we were unable to industrialise at a critical time. Our merchants, the driving force behind our earlier prosperity, had no capital. We were too broke to build factories.

To see what we could have been like, just look at Japan in the second half of the nineteenth century. Swami Vivekananda recognised early what was happening in Japan. He admired the Japanese immensely. He was constantly urging us to be like them. It could be that we are not as disciplined as the Japanese, but with the advantage of vast natural resources, a merchant class that has always adapted quickly, and an openness to foreign expertise, would we really have been that far behind?

Only Chairman Mao could have beaten the British, had he lived another 10 years. Whenever we discuss the benefits of British rule, it’s a good idea to keep this number in mind. It should be pointed out that this number has been arrived at largely by British and other Western historians, who have a strong incentive to understate.

The people left alive were falling behind. During the industrial revolution, European nations began to build schools, colleges, and hospitals for their people, although there was always extreme poverty as well. Slowly, however, more and more citizens gained access to these things. These nations also built roads, installed plumbing, and produced electricity. They became what we recognise as modern nations.

The British saw no reason to do this for us. We were foreigners. They built just enough schools to produce the clerks that they needed to keep track of their money. They added a few hospitals so that the wives of these clerks could comfortably give birth to more clerks. Plumbing was neither asked for nor provided.

This established a tradition of governance that the Congress loyally continued for nearly 60 years. This style of governance is now so deeply entrenched that we have more or less become used to it. For this too, we have the British to thank. As an independent nation or nations, starting the process of industrialisation, we would probably have done better than this.

All this happened a long time ago, though. Holding grudges does no good, and the British are already depressed and drinking too much because their football team is so useless. But in his recent article, Jaithirth Rao had suggested that we should view British rule in the proper historical perspective. Now that we have done so, it seems fairly clear that the words ‘benefits’ and ‘British rule’ do not belong in the same sentence.

It certainly seems wrong to have streets in our country named after them. So if people want those to be removed, and even want to debate about others, then why not? But once we have expended our energy doing all this name-changing, and we have caught our breath and rested a little, we should probably spend more time demanding those schools and hospitals that the British forgot to build.