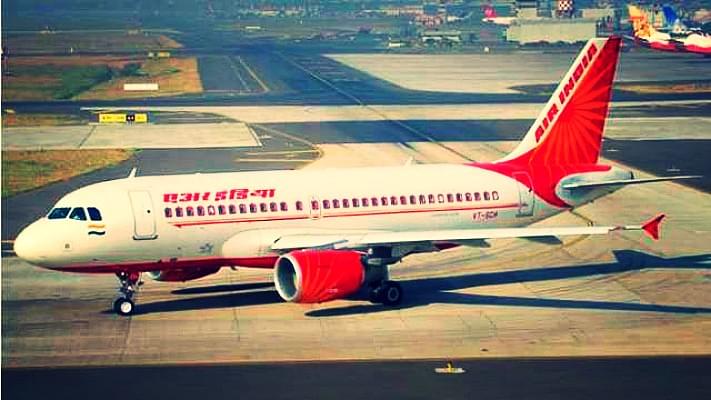 After years of tinkering with the idea of putting India’s national flag carrier on the block, the government has finally bitten the bullet. In doing so, foreign investment was permitted up to 49 per cent, as a sweetener intended for international carriers looking for a stake in Air India.

The decision ostensibly was prompted by the repeated losses registered by the airline. AI has consistently incurred losses for more than a decade. Accumulated losses of the carrier are currently about Rs 4,000 crore. Consequently, the easy option is to put the airline for sale and eliminate the need for the government to underwrite future losses. So, on the face of it, the decision appears to be prudent. But, is it?

Air India’s losses come from a series of factors, of which the airline can be held responsible for only a low return on assets. The only element of the balance sheet that the airline can be held responsible for is its negative return on its fixed assets of Rs 29,000 crore. The low return is partly due to the airline’s inability to fully utilise its assets. Asset stripping, therefore, was seen as a solution to set off debts against revenues realised. Removal of non-productive assets essentially helps any entity to cut costs incurred on those assets and generate revenue asset stripping, removal or sell-off of underutilised assets, though it is a one-time solution.

The airline has already experimented with it. It sold five of its carriers (Boeing 777-200 long range aircraft) to Etihad Airways for just $336.5 million or $67 million per carrier against the market price of $92 million. Still it reduced the fleet size and contained costs on parking, fuel and maintenance.

The airline, however, fell short of selling its real estate assets, as emphasised by the Comptroller and Auditor General of India. The target from sale of realty revenues was Rs 500 crore per year. The actual realisation in 2015-16 was just Rs 108 crore, well below the target. It should also have sold more of its non-core assets including land and buildings. Instead, the airline company has only leased out its main real estate asset on Marine Drive in Mumbai.

Asset stripping as an option is still not exhausted. For instance, Air India still has a 65 per cent stake in the Hotel Corporation of India. Along with this stake, it also owns large parcels of real estate in prime areas of all the metros in the country and European cities. Does the airline company need to hold on to so much of its real estate when facing losses? In addition, it has five other subsidiaries related to aviation infrastructure, fully owned by the carrier. These are also options that have not been exhausted.

However, the carrier alone cannot be blamed for the losses. The genesis of the losses stemmed from a decision taken by the government in 2005 as a quid pro quo to the United States (US) nuclear deal. It was under that arrangement that the Indian government, headed by then prime minister Manmohan Singh, agreed to purchase aircraft from Boeing. In January 2006, Air India decided to purchase 68 aircraft from Boeing at a cost of $11 billion. It was a deal that amounted to virtually bailing out Boeing, which was itself faced with losses back then. The cost of bailing out Boeing effectively, therefore, was transferred to India.

It is this deal that continues to haunt the airline’s balance sheet, hampering all turnaround efforts. Air India’s debt load as a consequence of the Indo-US nuclear deal, currently is Rs 53,000 crore. The resultant effect on the balance sheet was palpable. Interest outflows for the carrier was Rs 5,000 crore per year – a figure that could keep rising on account of foreign currency and interest volatility.

It is not that Air India has failed to perform to repay its loans. In fact, the airline can hardly be accused of operational deficiencies. In 2016, for instance, the passenger load factor was 76 per cent. Operational improvement notwithstanding, the debt load is something Air India has been unable to shake off. Obviously, operational performance improvements alone are insufficient to shed the debt.

Losses were capitalised substantially by the stakeholder, the government of India. In 2012, the paid-up equity was Rs 3,500 crore. As on 2017 March, the paid-up equity is Rs 22,000 crore. Equity infusions however are not sustainable indefinitely in view of budgetary constraints. Therefore, Air India’s owner placed more options on the table.

The carrier tried out selling and leasing back some of its fleet. For a loss-making carrier, holding assets on its balance sheet means it incurs costs of asset depreciation. The same asset once leased passes on the cost of depreciation to the lessor or financier on whose balance sheet the aircraft appears. At least 23 of its aircraft have been removed from the balance sheet and leased back. The sale proceeds were used to shed debt. Sale and lease backs are attractive tools in the case of new aircraft. The tools also cut depreciation costs. Depreciation is a good tax shelter so long as there are profits. In Air India’s case, there is little need for a tax shelter when it has a red-lined balance sheet. More such deals are likely to be cut, though it may still not suffice to cut losses.

Even before the options are fully exhausted, the move for privatisation appears to have assumed precedence. But Air India is not the only national flag carrier that has been privatised. Lufthansa was privatised in January 1997. But the privatisation was restricted to German entities. Lufthansa continues to be 69 per cent German-owned – German institutions and citizens. The remaining stake in Lufthansa is held by European countries whose airline companies that were merged with or were acquired by Lufthansa.

So, is a similar model possible for Air India, which would entail capitalisation of bank and institutional debt, though pricing of the stake would be a jammer, given the losses. But should it? State Bank of India in 2011 capitalised Kingfisher debt of Rs 648 crore into equity at a price of Rs 65 per share or a 60 per cent premium over the then prevailing market price. This was despite the fact that Kingfisher’s balance sheet was also in the red since inception and the carrier had no aircraft on its balance sheet! Air India still has assets on its balance sheet. Of its fleet of 119 aircraft, Air India owns 70 of them, the remaining being sale and lease backs.

The valuation of Kingfisher then was done apparently on the basis of discounting future cash flows. However, going by the last few stake sales in public sector undertakings, all the stakes were undervalued by intending foreign buyers, by underestimating future revenues to ensure low bid prices. Therefore, the bid route is unlikely to generate interest, unless investors are in a position to beat down prices.

The huge debt load on Air India’s balance sheet would still remain a disincentive for potential investors. So it would necessitate that the government subsume the debt into the fiscal account and write down the Air India equity from the present Rs 22,000 crore. The government then could expect price realisation from the stake sale to offset the cost of the equity write-down and the debt takeover.

Air India though has an intangible asset – its membership in the global aviation grouping, Star Alliance, led by Lufthansa along with 27 other members. Neither Qatar Airways nor Etihad Airways is a member in this grouping. So are Lufthansa or Star Alliance members being wooed as potential suitors for a stake holding in the national flag carrier? It appears so.

Still, foreign ownership is unlikely to leave the country’s aviation sector at an advantage. Although India has liberalised the International Civil Aviation Organisation’s charter of the fifth freedom of the air (the right or privilege in respect of scheduled international air services granted by one state to another to put down or take on, in the territory of the first state, traffic coming from or destined to a third state) domestic traffic is still controlled by domestic carriers. So, any relaxation in the foreign direct investment for foreign entities would imply that carriage of domestic passengers would also be ceded to foreign carriers. Most countries including the US and European countries have restricted domestic air travel to locally owned carriers since aviation is still a strategic economic sector. India’s moves to privatise Air India appear impulsive with little appreciation of the risks.

Shivkumar is a finance writer with over 30 years of experience in journalism from various publications and as a trader in foreign exchange from one of the most reputed broking companies. He now pursues his passion, wildlife photography and farming based out of Kotagiri in the Nilgiris district of Tamil Nadu.