Corporatisation In Railways Through PPP: When What Is Inevitable Is Also Good 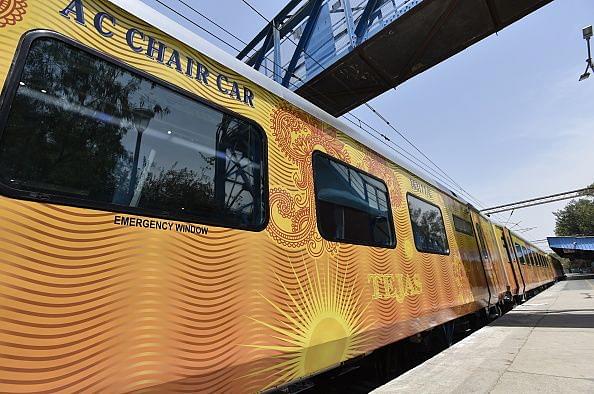 At the start of this month, Indian Railways invited proposals from private players to run 151 trains on the current rail network. This was the next step for the ambitious private trains plan which NITI Aayog helped devise late last year.

This plan was also part of the railways modernisation and investment proposals, part of the Rs 100 lakh crore National Infrastructure Pipeline announced on 31 December.

Private trains will effectively result in a separation of content and carriage. The carriage — the existing railways infrastructure will continue to be owned and managed by the government. The content — modern passenger trains with service innovations and market customisations — will be owned by the investing parties.

The private players are expected to bring about Rs 30,000 crore investment over time for these 151 trains. The railways will provide some time-window exclusivity for these trains, which will be in addition to what already run on the identified routes.

The railways is also considering setting up of an independent regulator for itself, on lines of regulators already operating in the financial services and telecom sectors.

In fact, three ‘corporate trains’ have already been running on Indian tracks for some time now. The Delhi-Lucknow Tejas Express was the first to be launched, which was followed by the Ahmedabad-Mumbai Tejas Express. Earlier this year, Indore-Varanasi Kashi Mahakal Express was also put in operation.

All these trains are operated by the Indian Railway Catering and Tourism Corporation (IRCTC), a subsidiary of Indian Railways. In that sense, these are not private trains, but rather a corporate service, where IRCTC uses the Indian Railways infrastructure. This experiment forms the base for the larger public-private partnership (PPPs) in the sector.

The concept of PPPs in infrastructure development is hardly a new one. World over, and so also in India, PPP ventures are routinely used to upgrade infrastructure, especially transportation. While the private player is expected to bring professional service and new technology to the table, the government makes sure that all regulatory and compliance aspects are taken care of.

Unfortunately, at a time when the country is starved of growth capital and the fiscal space for the government is reducing, questions have been raised about the PPP model itself specifically in this case of private trains. The government has faced criticism from the opposition on this decision, which accuses the government of privatising Indian Railways.

But PPPs need not lead to mass privatisation. In fact, the use of PPPs in Indian Railways itself is not new. Right when the United Progressive Alliance (UPA) government took over in 2004, several PPP ideas have been proposed for this sector, though not all were implemented.

In 2004, the Rail Land Development Authority (RLDA) was set up via an act of Parliament. The bill for this act was moved by then Railways Minister Lalu Prasad Yadav. The RLDA was set up to monetise Indian Railways land via setting up of warehouses and logistics parks and station redevelopment in PPP model.

In 2006, Yadav announced in his railways budget that fund-crunch for Indian Railways will not be a constraint for new initiatives as PPP model will be used for bringing in investments.

In the 2007 railways budget, he announced the grant of licences to operate private container trains. Going a step further in 2008, Yadav quantified PPP investments funding Rs 1 lakh crore of the Rs 2.5 lakh crore outlay needed by Indian Railways in that budgetary year.

In the second term of the UPA, the 2009 railways budget was presented by Mamata Banerjee. She again stressed the need for PPP projects and the proposal was hailed by then prime minister Manmohan Singh. She reiterated her intent to use private capital in the railways in the 2010 railway budget.

In 2011, Banerjee proposed setting up of wagon units in the joint venture or PPP mode in Alappuzha, Buniadpur and Kolar.

The Railways Ministry was then helmed by Pawan Bansal among others.

In 2012, he stressed the need for private participation in the safety and modernisation programmes of railways. He then went on to quantify the PPP investments at Rs 1 lakh crore in 2013, to be spread over the twelfth five-year plan.

A lot of these ideas were expedited and implemented successfully by the Narendra Modi government after 2014. Not much progress was made on station redevelopment announced in 2004, but revived only by the Modi government. The first few redeveloped stations will see the light of the day by end 2020.

Two of the biggest successes have been the joints ventures (JVs) created by Indian Railways for locomotives. These represent the biggest foreign direct investment (FDI) infusion in the sector, while also promoting the spirit of ‘Make in India’.

Running private trains is just the logical step in this sequence of attracting new investments to the sector. The entire process of vendor selection, awarding contracts and private parties operationalising the contracts may yet take two to three years. This assumes no major legal hurdle to the process, which cannot be ruled out, given the political opposition to the move.

Nonetheless, it seems clear that Indian Railways continues its drive for modernisation safety and raising resource through unconventional means. Politics against the PPP model aside, the increasing corporatisation of the railways will only increase in the years to come.