Sovereign Wealth Funds: How 100 Per Cent Tax Incentives Could Be A Game Changer 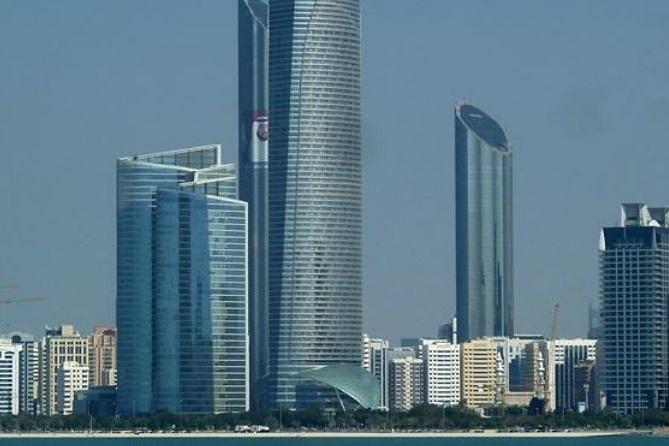 She proposed to grant 100 per cent exemption on interest, dividend and capital gains income on investment made by SWFs in infrastructure and other notified sectors either in the form of equity or debt. The timeline for availing this benefit has been fixed at 31 March 2024, with a minimum lock-in period of three years.

2. The earnings of the fund are credited either to the account of the government of that foreign country or to any other account designated by that government so that no portion of the earnings inures any benefit to any private person;

3. The asset of the fund vests in the government of such foreign country upon dissolution;

4. The fund does not undertake any commercial activity whether within or outside India.

In a paper by Caroline Nowacki and Ashby Monk of the Global Projects Center, Stanford University titled “Sovereign Wealth Funds Investments In Infrastructure”, the authors provide insight on the growing interest of Sovereign Wealth Funds in infrastructure investments, primarily driven by expectations of stable, predictable cash flows, superior returns to bonds, and low correlation with the market.

Following are edited excerpts from their paper.

Pension funds, insurance companies and SWFs have been identified as “long-term investors” because of their long-term horizons (compared to the usual five years of a mutual fund) and large assets under management. This long-term horizon means they could reap an illiquidity premium by investing in assets that will bring superior returns beyond the traditional five-year horizon of most mutual funds.

Institutional investors are attracted to infrastructure for their promise of stable, long-term cash flows and portfolio diversification. These characteristics have been particularly attractive to pension funds and insurance companies, whose portfolios were badly impacted by the financial crisis and subsequent low-yield environment.

Pension funds have consistently been at the forefront of expressed interest for infrastructure. However, most pension funds and insurance companies prefer the stable investment profile of existing, operational infrastructure assets, and only opportunistically invest in new infrastructure projects, for which construction, political and demand risks exists. Regional preference also overwhelmingly goes to Europe and North-America, as emerging markets’ political instability and financial market volatility shy these investors away.

These preferences of pension funds etc, contribute to the lack of capital for new projects and in emerging markets, which would have the most beneficial development impacts and are highest on governments’ priority list.

It is in this context that SWFs offer an alternative as their investment preferences do not align with mainstream infrastructure investors’: they invest both in developing and developed markets, greenfield and brownfield.

The proportion of SWFs investing in infrastructure has increased, going from 56 per cent in 2012 to 63 per cent in 2017. The total amount invested by SWFs also grew as the assets under management of these funds increased from 3.07 trillion in 2007 to 6.59 trillion in 2017. According to a survey of fund managers, SWFs occupy the fourth place in interest growth for infrastructure, behind public pension funds, private sector pension funds and insurance companies.

SWFs’ large amounts of assets under management, long-term horizon, and less strict requirements in terms of paybacks to beneficiaries, can give them an advantage over other infrastructure investors. The development mission of some SWFs also contributes to making greenfield infrastructure attractive to them.

SWFs are willing to take country risks to benefit from prospective excess returns, higher growth, diversification from developed markets, and to find deals with less competition, which currently drives up the price of assets in developed countries. Most SWFs are also located in Asia and MENA region and can have an advantage over foreign investors in these regions, as well as a domestic development mandate.

Almost all SWFs investing in infrastructure invest in economic infrastructure, in line with their financial returns requirements.

In addition, and contrary to pension funds, SWFs invest more in greenfield (new) infrastructure than brownfield (existing) and secondary/growth stage (improvements on an existing asset) projects. Preferred industries are energy (95 per cent), transportation (86 per cent), utilities (64 per cent), water (61 per cent) and telecoms (59 per cent)

SWFs’ large capital gives them a considerable advantage in internalising infrastructure investments, and their international implantation makes partnerships and co-investments a good way to access foreign markets. Investment partnerships between SWFs, other institutional investors, and asset managers are more and more common.

These partnerships can be deal-specific, longer-lasting collaborations are also emerging. Several models correspond to collaborations between long-term investors that decrease the detrimental power difference they had with asset managers: the alliance, the syndicate, asset owners investing on behalf of other asset owners, seeding new asset managers, and joint ventures.

Investors’ main cited concerns regarding infrastructure in 2016 were the too high valuation of brownfield infrastructure assets, driven up by increased competition and lack of information.

Greenfield infrastructure still presents many risks for a single asset (regulation, construction, demand) which can deter many investors. Infrastructure also lacks several characteristics to really be on par with other asset classes inside investors’ portfolio.

First, infrastructure lacks a benchmark based on performance measures that reflect the variation in infrastructure projects’ risk profile, their risk including conditional value-at-risk, and correlation between infrastructure assets and other asset classes. There are two key obstacles to building this benchmark: the lack of large samples of empirical observations, and of a unique pricing measure.

Second, infrastructure projects’ illiquidity, and the distribution of projects across many jurisdictions contribute to the lack of comparable data. The valuation of each project is also based on a net present value and is therefore discounted based on the risk preference of each investor looking at a project, thus hindering the comparability of projects.

Third, the information asymmetry and high fees of fund managers are also an obstacle for smaller SWFs. However, most SWFs now invest directly. Nonetheless, when investing directly in projects, they face the challenge of populations’ fears of political interference in assets that are vital to them.

Many countries, such as Australia and the US, have a commission assessing the potential dangers of foreign investment in critical assets, and laws often restrict foreign participation to a non-decisional position in critical assets.

China Investment Corporation’s (CIC) chief executive officer recently cited increasing protectionism and fear of foreign investment as one of its main challenges. This has led SWFs to partner with local pension and sovereign funds to calm these fears and increase interest alignment.

As an example, CIC and Abu Dhabi Investment Authority (ADIA) declare preferring minority positions with no control over the assets when investing in infrastructure in foreign countries.

ADIA, the world’s third-largest sovereign wealth fund, has emerged as an active investor in India’s infrastructure sector in recent years. It invests in both publicly-listed and privately-held companies.

ADIA is one of the most active foreign investor in this country, with investments in equities, fixed income, real estate and private equity.

ADIA plans to continue to invest even outside of the NIIF partnership, notably in minority stakes alongside aligned and reputable partners, in high-quality Indian companies. Indian companies such as GMR Airports or Cube Highways (a PE-backed platform) have also found much needed capital in partnering with ADIA on flagship projects.

Another prominent sovereign wealth fund that actively invests in India is Singapore’s GIC Pte Ltd. GIC has invested in Greenko and several other infrastructure companies.

This piece was first published on Indiainfrahub, and has been republished here with permission.