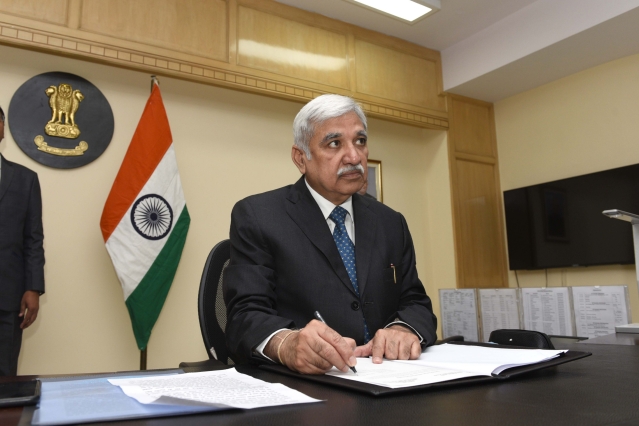 The Election Commission of India (ECI) is set to announce the schedule for the Lok Sabha elections on Sunday (10 March) at 5pm. The dates for the elections will be announced by the ECI at a press conference at Vigyan Bhawan in New Delhi, reports Indian Express.

Following the announcement of the election schedule by the EC, the Model Code of Conduct will immediately come into force

The poll panel may also announce the dates for assembly elections in Andhra Pradesh, Sikkim, Arunachal Pradesh and Odisha.

According to the report, the elections for Lok Sabha, which will be held in several phases, are likely to begin as early as the last week of March and conclude by mid-May. The results of the polls may be announced soon after the polling concludes.

Several opposition parties, in the run-up to the 2019 general elections, have come together hoping to keep the ruling-Bharatiya Janata Party, that registered a thumping victory in 2014 polls, out of the power.