282 Lose Lives Due To Manual Scavenging In Country Since 2016, Informs Social Justice Ministry In RS 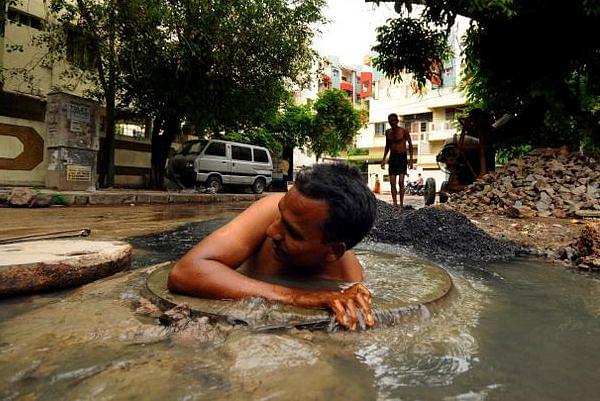 As many as 282 deaths have been reported in the country due to cleaning sewers and septic tanks between 2016 and November 2019, the Ministry of Social Justice and Empowerment replied to a query by Rajya Sabha MP Vandana Chavan, The Hindu reported.

Tamil Nadu, leading the tally, has witnessed a total of 40 people dying due to manual scavenging, followed by Haryana with 31 deaths, and Gujarat and Delhi with 30 casualties in each state. Twenty seven people each died in Maharashtra and Uttar Pradesh in the given period of four years.

As per the Ministry, the stated figures have been derived from the FIRs filed in the respective states. The data tabled in the Upper House also tells that most number of casualties were reported in 2017 and 2019 with 83 people in each year. Sixty six people lost their lives in 2018, while 50 died in 2016.

“Sanitation being a state subject, the people for cleaning of sewers and septic tanks are employed by local bodies. States and union territories have been requested to ensure filing of FIRs and prosecution in all cases of employment of persons for hazardous cleaning of sewers as per the provisions of The Prohibition of Employment as Manual Scavengers and their Rehabilitation Act 2013," the response said.

Refusing the numbers in the response, national convener of Safai Karmachari Andolan (an organisation campaigning against the evil practice), Bezwada Wilson said that the actual figure is much more than what has been reported.

Wilson, who has won the Ramon Magsaysay award, said, “We have been collecting statistics of such deaths since 1993. It is only after 2000 that we started getting figures. Our website has put the figure at 1,760 deaths.”

“The deaths have been higher in states like Tamil Nadu, Gujarat and Uttar Pradesh where there has been rapid and unplanned urbanisation,” added the activist. He also alleged that nothing much had been done to change the ground reality and it was important to reduce human intervention in cleaning septic tanks and sewers in order to tackle the issue.

According to the same data presented in the Rajya Sabha, nearly 60,440 manual scavengers are working across the country, in 17 states. Uttar Pradesh tops the tally with 35,472 identified such individuals in the state.