A ‘Himalayan Blunder’? 33 Per Cent Of Glaciers May Vanish By 2100, Says Report; Warns Of Global Warming Crisis 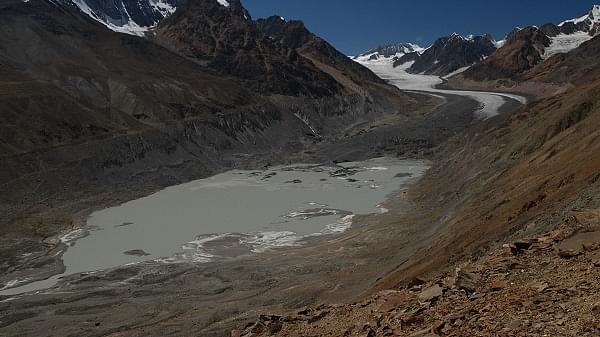 According to a recently released scientific report, at least a third of ice caps in the Himalayas run the risk of melting due to global warming and thereby significantly affecting the lives of two billion people living in South Asia, reports Guardian.

The report found that even if all the countries come together and successfully limit global warming to 1.5C, still 36 per cent of the glaciers along in the Hindu Kush and Himalayan range will be gone by the end of the century. However, if emissions are not dramatically reduced, we stand to lose two-thirds of the ice fields.

“This is the climate crisis you haven’t heard of. In the best of possible worlds, if we get really ambitious [in tackling climate change], even then we will lose one-third of the glaciers and be in trouble. That for us was the shocking finding,” said Philippus Wester, a researcher who led the report.

Commenting on the groundbreaking work undertaken by the research team, Prof Jemma Wadham at the University of Bristol said: “This is a landmark piece of work focused on a region that is a hotspot for climate change impacts.” Over 200 scientists worked on the report for over five years along with 125 more experts peer-reviewing their work.

With such drastic reduction in ice caps, nearly 1.9 billion people living in the 10 river basins of the region will face “serious water stress and the consequences of that are local, regional and potentially global, in terms of conflict and migration,” said Hamish Pritchard, a glaciologist at the British Antarctic Survey.

Also Read: How Climate Change Stakeholders Can Raise Capital To Weather The Storm