Akhilesh Yadav Goes For Soft-Hindutva, Proposes Massive Angkor-Wat Like Vishnu Temple In UP 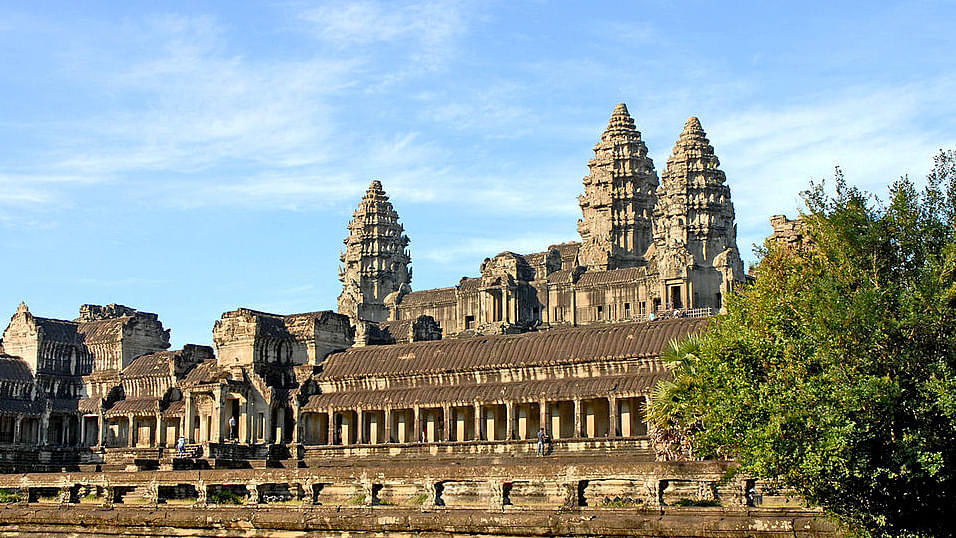 Angkor Wat as viewed from the side. (Jean-Pierre Dalbéra/Wikipedia)

With national and state elections nearing, Akhilesh Yadav-led Samajwadi Party (SP) seems to be opting for a soft-Hindutva approach in Uttar Pradesh (UP). The SP leader has now declared that he will build a magnificent Vishnu temple in the Chambal region if his party comes to power, Jagran has reported.

Yadav, while speaking to the press on Wednesday (22 August) said that a massive Vishnu temple, on the lines of Angkor Wat in Cambodia, will be built in Etawah if his party manages to grab power in the state. Along with the temple, a city named after Lord Vishnu will be developed around the temple, encompassing a total area of about 2,000 acres.

The Angkor Wat is a 12th century temple complex spanning over 400 acres in Combodia’s Sian Reap province. Established as a temple chain dedicated to Hindu gods, particularly Lord Vishnu, the site is now a huge tourist attraction in the country.

With BJP gaining prominence across the country, several parties are now opting for a soft-Hindutva approach, a departure from minority appeasement politics. Similar tactics were applied by the Congress in Gujarat state elections, whose president Rahul Gandhi was criticised for ‘temple-hopping’.

BJP leader and UP deputy-Chief Minister Keshav Prasad Maurya had earlier said that the BJP would have brought in a bill for a Ram Temple in Ayodhya if it had the necessary numbers in Rajya Sabha. The latest development is being seen as Yadav’s counter to Maurya’s statement.

The SP government in UP had earlier erected a 60-feet tall Krishna statue in Etawah.