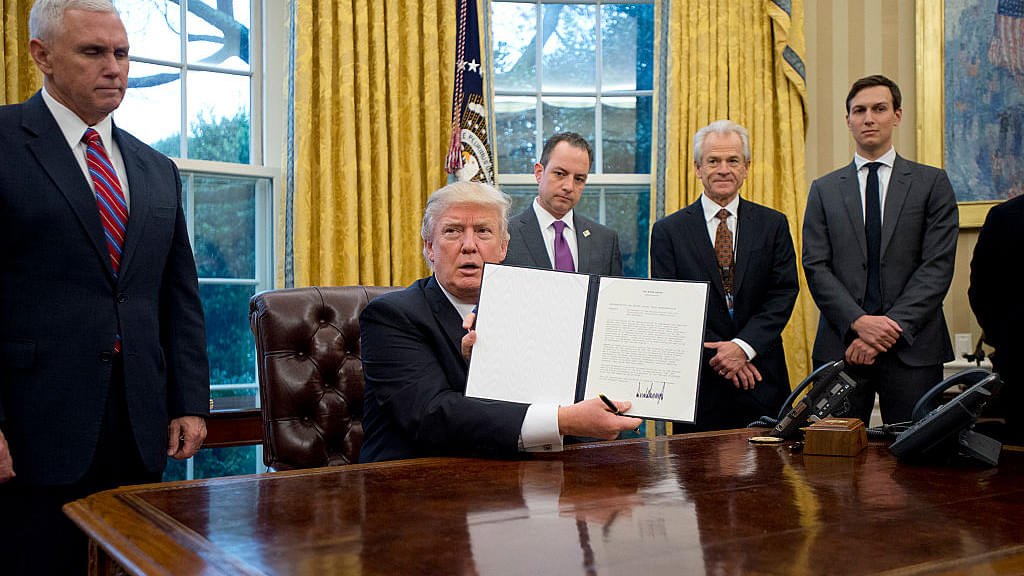 The United States President Donald Trump on Wednesday (15 May) issued an executive order declaring a national emergency which would enable the government to deal with the threats posed by technology and services of “foreign adversaries”, reports The New Indian Express.

According to the report, the executive order is apparently aimed at banning equipment from Chinese telecommunication giant Huawei from US networks.

Trump, in an official message to the US Congress on Wednesday (15 May), said that an executive has been issued by him “declaring a national emergency to deal with the threat posed by the unrestricted acquisition or use in the United States of information and communications technology or services designed, developed, manufactured, or supplied by persons owned by, controlled by, or subject to the jurisdiction or direction of foreign adversaries,”

While the order does not name specific countries or companies, but in the wake of the increasing concerns in the US regarding Chinese espionage threat to country’s Internet and telecommunications infrastructure and the trade war between the two largest global economies, the move is being seemed as directed towards Huawei.

The order gives US department of commerce 150 days to come up with regulations. The department has also put Huawei and its affiliates on a list that requires them to obtain US government approval to purchase American technology.