Amit Shah Slams KCR Over Quota-For- Muslims Proposal, Asks Whether He Will Make Dalits Or Adivasis Pay The Price 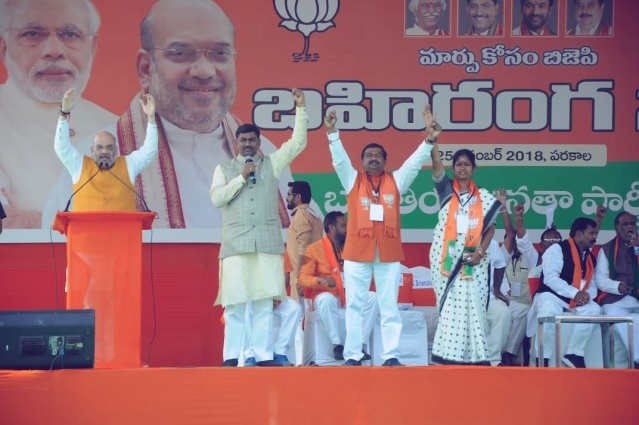 In the meeting, Shah said Rao had asked for 12 per cent reservations for the minorities. Shah said that the Supreme Court had set the reservation limit at 50 per cent and asked the public whose share will KCR appropriate to give minorities the increase?

He asked, “Will you give it from the Dalits’ share or Adivasis’ or the OBCs’? Reservation to Muslims is unconstitutional. It cannot be given on the basis of religion in this country. Until there is the BJP, we will keep opposing reservations on the basis of religion. We will neither approve it nor will we let others execute it. The BJP will always support and protect reservations for Dalits, Adivasis and OBCs”.

Shah also brought up the Rao’s failed poll promise of appointing a Dalit chief minister and asked if he would announce one now. He also hit at Rao for advancing the polls because he was afraid of the “Modi Wave” he had envisaged in 2019.