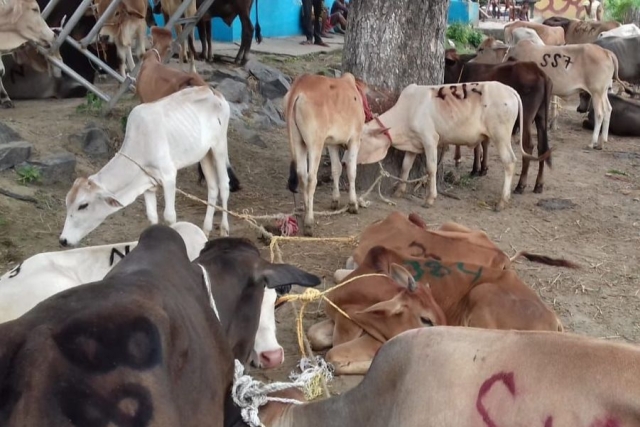 The Border Security Force (BSF) on Saturday (24 August) killed a suspected Bangladeshi cattle smuggler in an encounter along the India-Bangladesh border in southern Assam’s Karimganj district, according to police officials, reports Hindustan Times.

“As per the version of the BSF, 30-40 Bangladeshis suspected to be cattle smugglers tried to enter. There was a confrontation and one person died on the spot after being hit with pellets from a pump-action gun,” Ray was quoted in the report as saying.

The police said that the identity of the killed person have not been confirmed. However, the police have information that the person killed was one Abdul Rouf from Moulvibazar in Sylhet.

“Border Guards Bangladesh have informally conveyed about a missing person. No official communication has been received yet,” said Debojit Nath, the Additional Superintendent of Police, Karimganj.

According to the report, a senior BSF official said that there was an intelligence input that cattle smugglers may try to infiltrate.

“A team was positioned on the other side of the border fence (there is a distance of 150 metres between the border fence and international border). At around 1am, a group of more than 30 cattle smugglers approached and when they noticed BSF one of them threw a dao (machete). In return, our men fired one round from pump action gun,” the BSF official said.

The group fled after the skirmish, said the official while adding that when BSF team went to search the area, a dead body was found. The BSF also seized a cow during the encounter.

Earlier last week, a BSF Inspector was killed while chasing cattle smugglers while a jawan was critically injured during separate clashes in Assam and West Bengal, respectively.