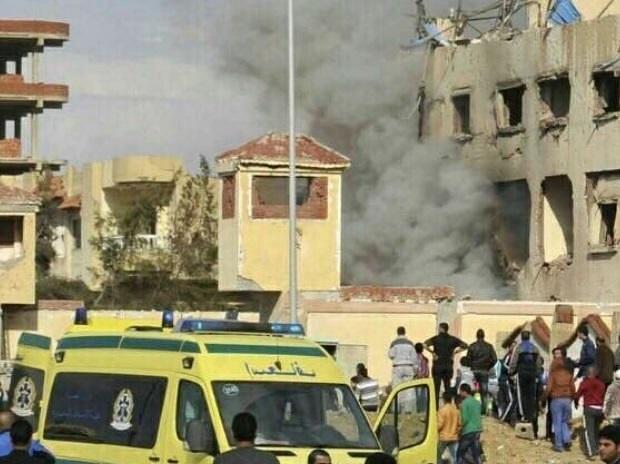 The mosque that was attacked (PTI)

A bomb explosion during Friday prayers near a mosque in the Egypt's restive North Sinai injured at least 85 people, police said.

The bomb was planted near al-Rowda mosque in Al-Arish and went off during prayers.

The gunmen opened fire on worshippers during the Friday prayers and also on the people fleeing out from the mosque after the explosion, the sources said.

Khaled Megahed, Health Ministry spokesperson said that 75 people were injured during the attack.

However, no group has claimed responsibility for the attack.

Egypt's North Sinai has witnessed many violent attacks by militants since the January 2011 revolution that toppled former president Hosni Mubarak.

The attacks targeting police and military increased after the ouster of Islamist president Mohamed Morsi in 2013 by military following massive protests against his rule.

Over 700 security personnel have been reported killed since then.

The military has launched security campaigns in the area, arrested suspects and demolished houses that belong to terrorists, including those facilitating tunnels leading to the Gaza Strip.

Update: The death toll in the attack has crossed 235, reports BBC.

Photographs show rows of bloodied victims in the mosque. Reports say that at least 100 were wounded

No group has claimed responsibility yet. The attack is one of the deadliest terrorist attacks in modern Egyptian history.