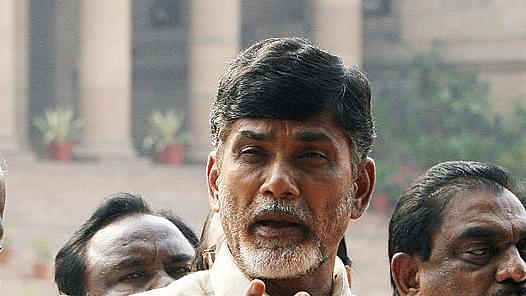 TDP Chief and former Andhra Pradesh chief minister Chandrababu Naidu suffered a jolt on Thursday (20 June) after four of his Rajya Sabha MPs quit the party and switched over to the BJP, India Today has reported.

This comes at a time when Naidu is vacationing abroad with his family. It was earlier reported that he is also facing eviction from his riverfront home, which was allegedly constructed in circumvention of River Conservancy act.

TDP MPs T G Venkatesh, Y S Chowdary, G M Rao and C M Ramesh officially announced their intention to quit the party and join the BJP. They also met Vice President and Rajya Sabha Chairman Venkaiah Naidu to tender their resignation from the TDP. After this development, the TDP only has two MPs left in the upper house.

The MPs said that they decided to join the BJP after being inspired and encouraged by the “impeccable leadership of Narendra Modi”. This switch over would come as a shot in the arm for the BJP which is seeking a majority number in the Rajya Sabha. Currently the party has 71 MPs in the 245 member house.