Bihar: Man Accidentally Beheads Himself During Muharram Procession While Showcasing His Swordsmanship 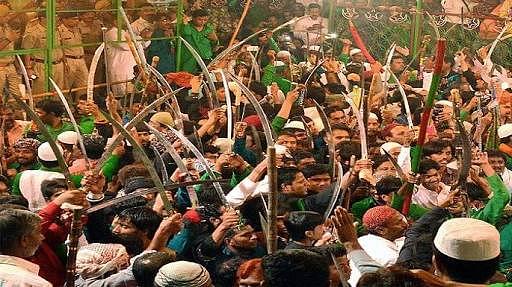 A Muharram procession in Bihar's Nalanda turned tragic for 60-year-old Mohammed Sayum as he accidentally beheaded himself while showing off his swordsmanship, Aaj Tak has reported.

The incidence happened in the Lehri police station region near Sogra college on Wednesday (11 September) and following the accident Sayum died on the spot. The police have registered a case in the matter and have now begun their investigation.

As per the report, a large weapon wielding crowd had gathered in the Muharram procession when Sayum decided to show off his swordsmanship when the weapon accidentally struck his neck.

He was rushed to a nearby hospital but the doctors declared him dead on arrival. The cause of death was determined to be an excessive loss of blood.